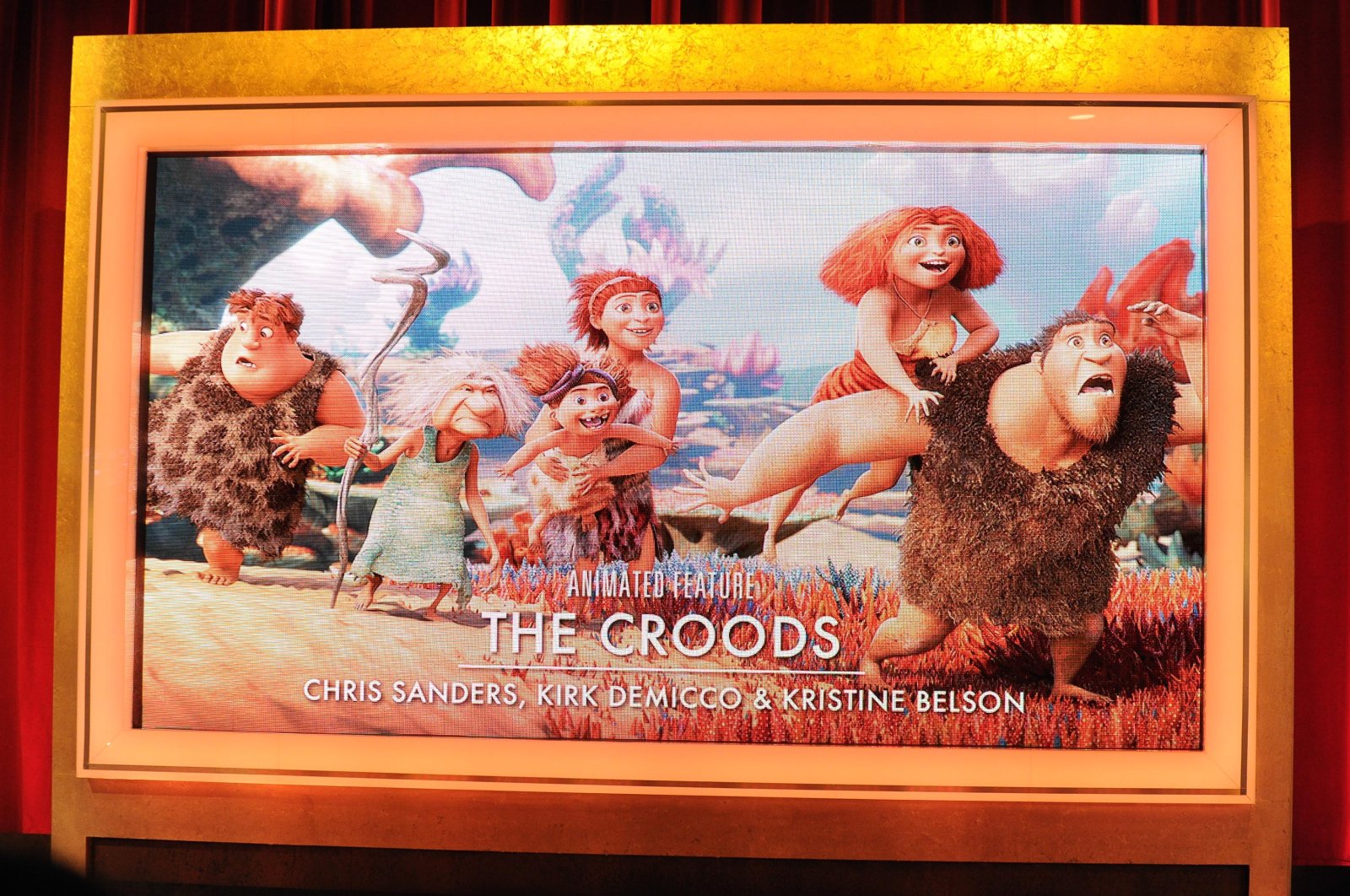 A giant screen shows "The Croods" as the Oscar nominee for Best Animated Feature at the 86th Academy Awards Nominations Announcement at AMPAS Samuel Goldwyn Theater on Jan. 16, 2014 in Beverly Hills, California. (Photo by Allen Berezovsky/WireImage via Getty)
by REUTERS Feb 21, 2021 9:24 pm
RECOMMENDED

Need a reminder of just how imperiled moviegoing, at least in the U.S., remains due to the pandemic? Look no further than U.S. box office charts. "The Croods: A New Age," which debuted theatrically in November, was the No. 1 movie in North America.

The Universal Pictures animated sequel nabbed $1.7 million from 1,913 venues over the weekend, enough to bypass recent releases like Denzel Washington's "The Little Things" and "Judas and the Black Messiah" for the second weekend straight. After 13 weeks in theaters, "The Croods" sequel has earned $50 million and could eventually pass "Tenet" ($58 million) as the highest-grossing movie in the coronavirus era.

The domestic box office landscape is starkly different from China, where ticket sales this year have soared to record levels. Already, the country has fielded several bona fide blockbusters in 2021, such as "Detective Chinatown 3," "Hi, Mom" and "A Writer's Odyssey." In total, those titles and others generated a record $1.2 billion in ticket sales over China's Lunar New Year holiday. It may be hard to believe the depleted U.S. box office could similarly return to pre-pandemic levels any time soon, though analysts and studio executives look to China with optimism.

"The results out of China are certainly encouraging," says Paul Dergarabedian, a senior media analyst with Comscore. "Demonstrates that an effective pandemic response, combined with a steady stream of local product, can do wonders for the bottom line."

It may, however, take some time to see U.S. box office levels return to normal levels, Dergarabedian predicts.

"As the vaccine rollout continues in the U.S. and cases decline, this portends a very robust future for the domestic box office," he says.

Elsewhere in North America, "The Little Things" made $1.2 million from 2,061 locations, enough for second place. The movie, which also stars Rami Malek and Jared Leto, has amassed $11 million in four weeks. "Judas and the Black Messiah" came in third, generating $905,000 for a total of $3.3 million. Those films, both from Warner Bros., are available to watch on the HBO Max streaming service.

Open Road's "The Marksman," a thriller starring Liam Neeson, rounded out the top five with $775,000. That brings its domestic tally to $11.4 million.