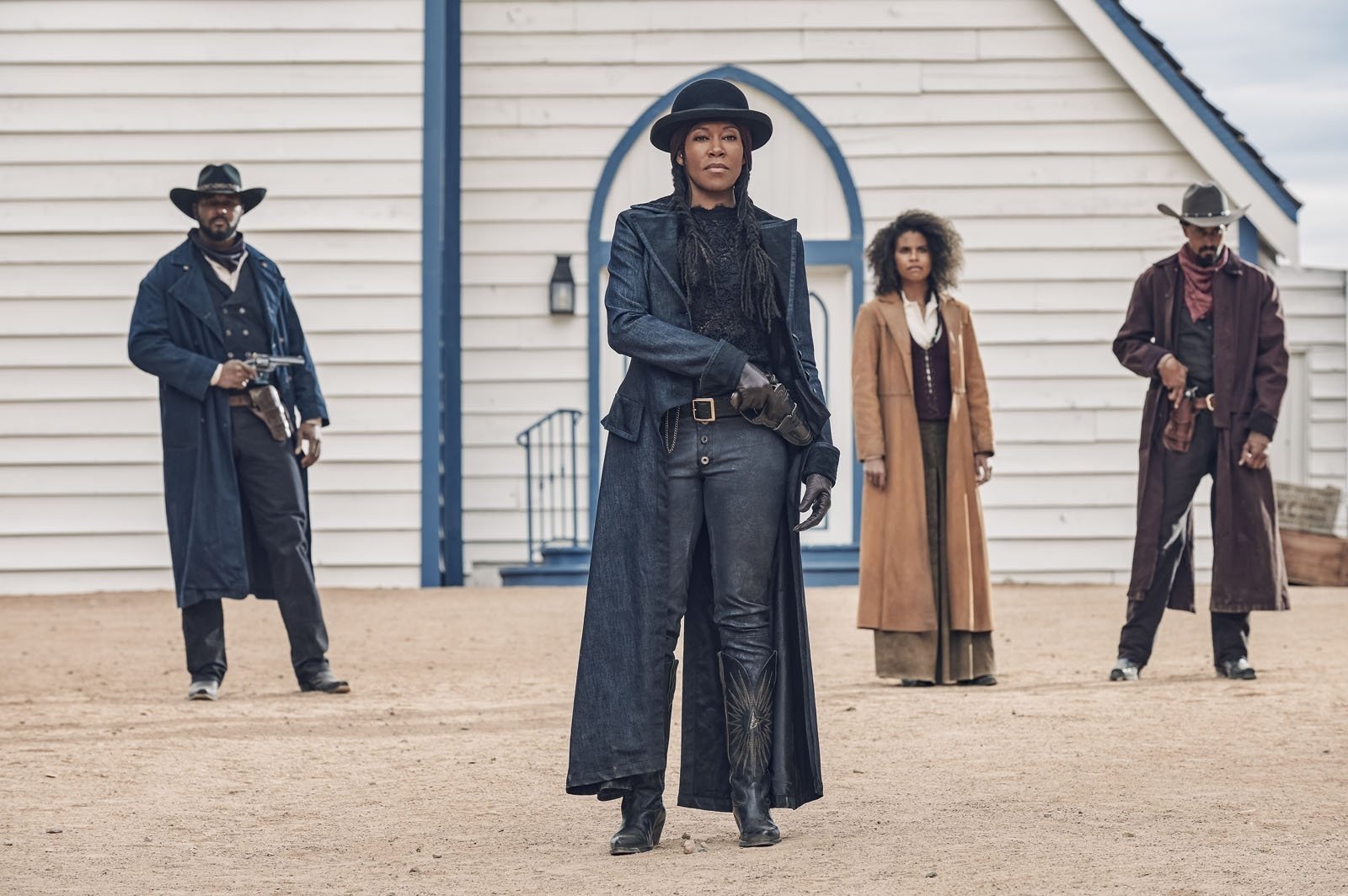 "The Harder They Fall" is the newest Western from British director Jeymes Samuel with a black-led cast. While Jay-Z served as a producer in the movie, he said Thursday that the movie corrects all cowboy myths such as their ethnicity, choice of clothing and music preference.

The U.S. rap superstar is a producer of the Netflix revenge drama starring Idris Elba and Regina King among an all-black ensemble, as real and once-famous characters from the Old West.

While classic Hollywood Westerns such as Clint Eastwood's Spaghetti Western "Dollars" trilogy – famously scored by Italian maestro Ennio Morricone – ignored many minorities, around one in four historical cowboys were black, according to the film's director Samuel.

"There are a lot of people that would like that history to still stay uncovered," Jay-Z told a virtual press conference.

In addition to telling an entertaining story, a "cherry on top" for the film is "letting people be seen" who had been ignored by history and Hollywood's typical, white-dominated Westerns, he said.

The rap mogul – who is married to Beyonce – also said the film had been educational to him personally, and that their young daughters Blue Ivy and Rumi were now "way ahead of the eight-ball" in their understanding of black history.

The film draws on historical black and Native American cowboys and outlaws such as Nat Love, Rufus Buck and Cherokee Bill, many of whom lived in different eras and places, and would never have met.

But Jay-Z said taking a more strictly factual or documentary approach would have "got people to turn off" and reduced the movie's impact.

"If you present it as 'here's a fictional story,' but you slip some things in there... I think music (also) does a great job at that," he said.

"You just listen to music, you tuned in, you like the beat, and all this information is passing and it's entering your soul without you even knowing.

"That's what I love about 'The Harder They Fall.'"

Rap music and film are "one and the same" and both are about "great storytelling," he added, pointing to the lyrics of narrative hits such as the Notorious BIG's "I Got A Story To Tell" and his own "Meet The Parents."

Jay-Z said that many Hollywood Western tropes are not rooted in historical reality – for example, Eastwood's poncho in the "Dollars" trilogy.

Accordingly, the music in "The Harder They Fall" draws on a wide range of anachronistic influences, including Jamaican reggae star Barrington Levy.

"When you hear Barrington Levy, and you say 'Oh, that's not Western music'... Neither is the Italian guitar in 'Oklahoma!'"