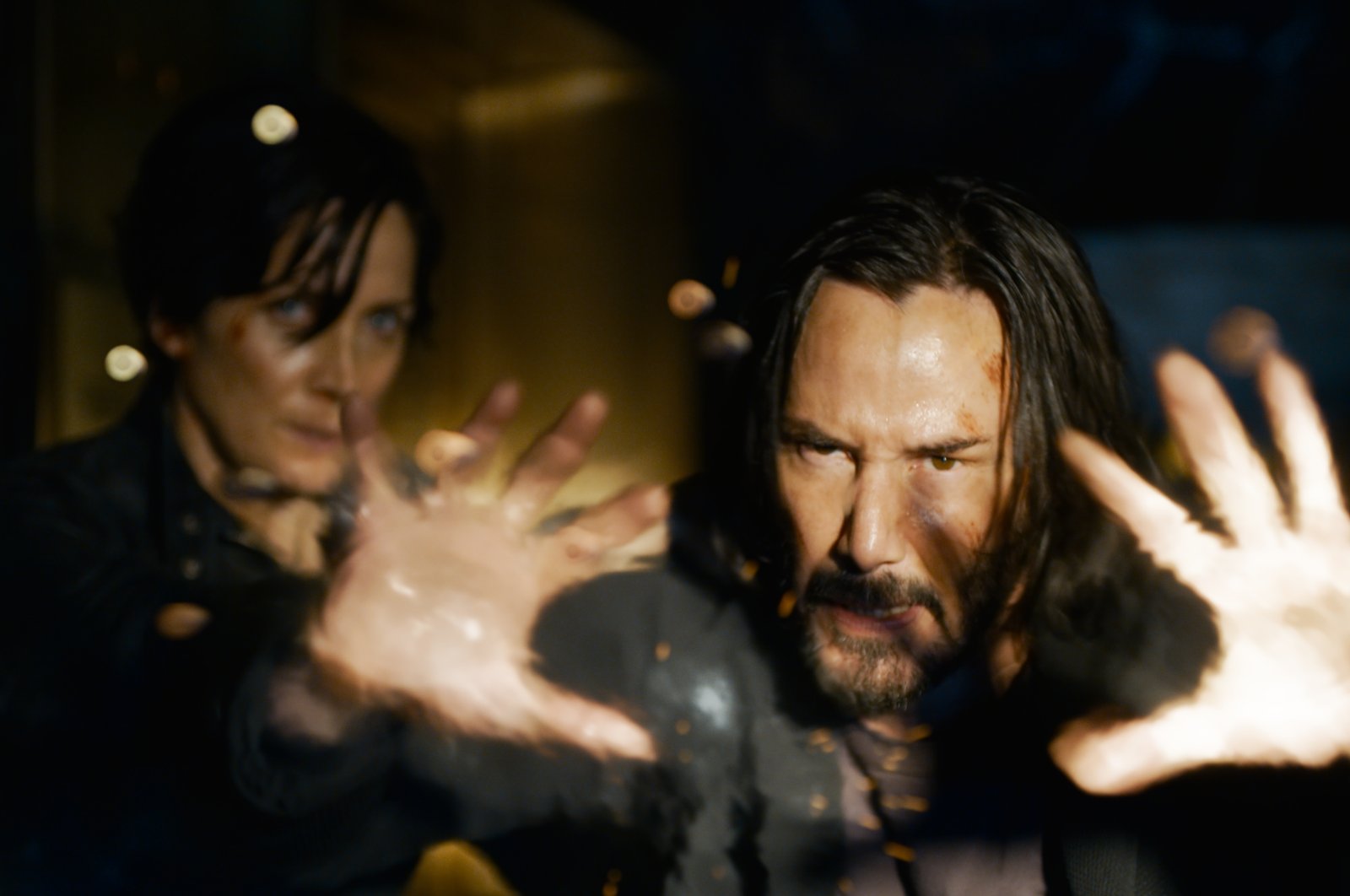 Carrie-Anne Moss returns as Trinity and Keanu Reeves as Neo in the "The Matrix Resurrections" arriving 20 years after "The Matrix" trilogy concluded. (dpa Photo)
by German Press Agency - DPA Sep 10, 2021 10:35 am
RECOMMENDED

The first trailers have finally landed for the upcoming “The Matrix Resurrections,” a continuation of the story established in the first Matrix film released in 1999, and Netflix’s dark comedy “Don’t Look Up,” featuring a star-studded cast. While the trailers have clocked up millions of views in just hours, the first look at the productions raised hopes of a fun and action-packed winter movie season in 2021.

The Matrix 4 – officially “The Matrix Resurrections” – is the highly anticipated sequel to the roughly two-decade-old "Matrix" trilogy starring Keanu Reeves and Carrie-Anne Moss. It's set to hit theaters shortly before Christmas.

"I've had dreams that weren't just dreams. Am I crazy?" Neo asks his therapist in the trailer. Blue pills appear to be keeping him anchored inside the Matrix, so much so that he doesn't even recognize his true love, Trinity.

Unnecessary sunglasses and black clothes, people jumping against walls, even the Matrix's glitchy black cat – we see hints of all the original film's trademark moments returning.

A Turkish Matrix fan prophesized the fourth movie would be titled "The Matrix Resurrections" 17 years ago on Ekşi Sözlük, an online public sphere where people share information and personal views on a variety of topics. After the release of the first trailer for the movie, the post in which the fan predicted the title went viral, delighting social media users.

The other upcoming highlight towards the end of 2021 is promising something rather new instead. “Don’t Look Up,” a more humorous film about two astronomers who discover an asteroid that could destroy the Earth.

The film stars a panicky Leonardo DiCaprio and Jennifer Lawrence with bangs, in addition to Meryl Streep, Timothee Chalamet, Cate Blanchett, Jonah Hill and Ariana Grande. It is scheduled for release on Netflix in mid-December.

Both trailers have already been viewed several million times online in the first hours after their release.