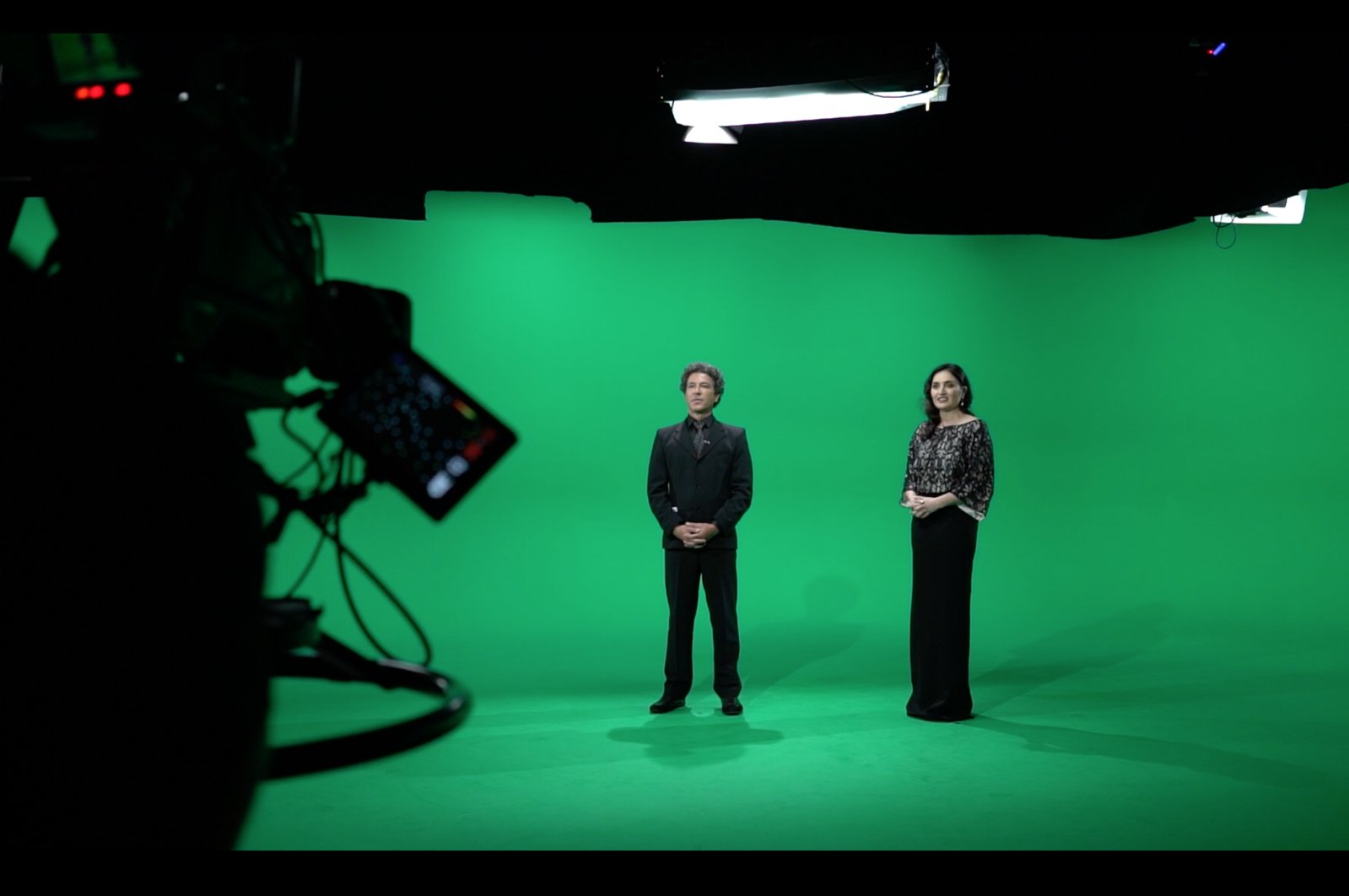 The opening ceremony of the festival was held in real-time in a 3D virtual studio.
by Anadolu Agency Jun 17, 2020 3:06 pm

Hemmati talked about his first professional film "Ahoo," which is about an Afghan woman trying to hold onto a difficult life where women are pushed behind, try to survive and earn a living.

Stressing that he is also an architect, Hemmati said: “I was working with Afghan immigrants in some constructions in Iran. Many did not have permission to stay in Iran. I noticed how hard it was for them. Actually, this is not what I'm telling in this film. For example, I've not seen a mother who lived alone. But I wanted to do something like this to commemorate them. My starting point was to demonstrate the problems and difficulties.

"When it comes to immigration, everyone thinks of the Middle East rather than countries such as Belgium, France and the U.S.A. do not come to mind." He went on to add, ”Films on immigration should also be included in film festivals such as Cannes and Venice.”

“I would be very happy if I could help even one person. Likewise, I would be happy if I could change the way people view refugees. It is very important to change people’s views on refugees," he said. “To make a strong impact in Iran regarding refugees, it is necessary to make feature films instead of short films. On the other hand, I know that short films are popular in Europe. Short films are often made for festivals.”

A total of 45 films are available free of charge online during the weeklong festival beginning June 14 through a subscription on www.festivalscope.com.

The festival will end on June 21 with a closing ceremony.

The opening of the festival was held in real-time in a 3D virtual studio that showed a digital blending of the Stonehenge monument in England and the Göbekli Tepe archaeological site in Turkey.

The festival aims to stress that "migration has been a common story experienced by all nations throughout history" and to raise awareness on the issue, according to its organizers.

With Anadolu Agency as its global communications partner, the festival is supported by Turkey’s Culture and Tourism Ministry and organized by the Interior Ministry under the auspices of the Turkish Presidency.