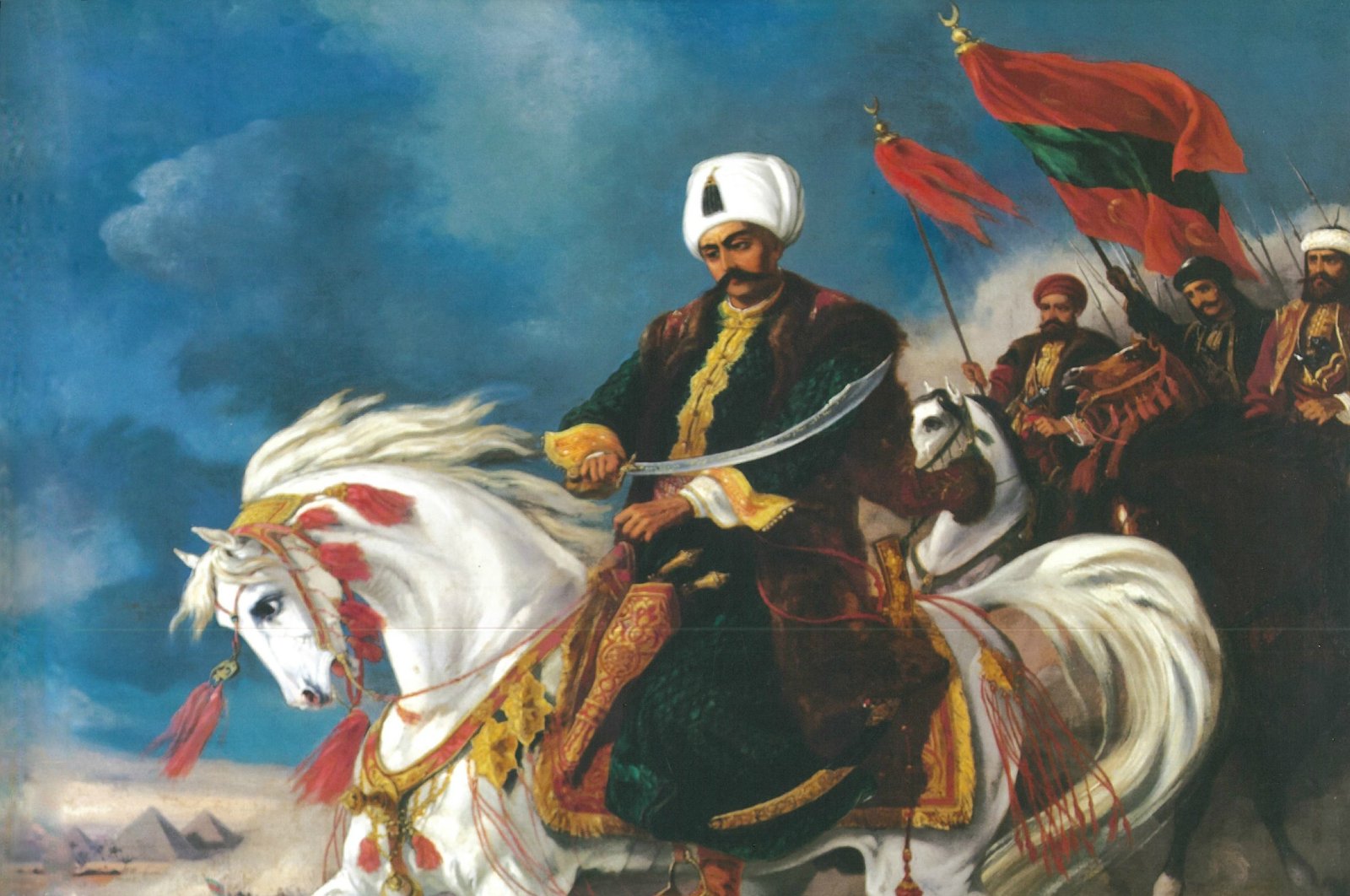 A painting depicting Selim I during the campaign to conquer Egypt, located in Army Museum, Istanbul. (Shutterstock Photo)
by Daily Sabah Mar 03, 2021 7:05 am
RECOMMENDED

A Turkish filmmaker announced his new project on the life of Selim I, the first Ottoman caliph and one of the greatest marshals of the empire, which is planned to be completed by 2023.

Producer Halit Arabacı said that despite there have been many projects on the Selim I, none of them is realized.

Arabacı noted that numerous films were shot on other famous Ottoman Sultans including Sultan Mehmet II, also known as Mehmed the Conqueror, and Suleiman “Magnificent” I, however, all projects regarding Selim I have remained unfinished. He said that his recent project is in the cast selection phase.

The producer said that he aims to introduce Selim I to the whole world with the film, adding that the project will focus on wars against Mamluks and the conquest of Hejaz.

“In our team, there are historians who know that period very well. It is a good opportunity to work with people competent in their field. I have also been interested in history since my childhood. I have done some research on my own. It makes me feel good to be part of this team and discuss these issues with them,” he said.

Selim I, also known as “Yavuz” (The Grim), ruled Ottoman Empire between 1512 and 1520. Despite his short reign, which lasted only eight years, he expanded Ottoman borders 2.5 times, conquering the Hejaz and Levant regions and Egypt. Being one of the greatest commanders of his time and Ottoman history in general, he decisively defeated one of the strongest empires of the time, Safavids, and seized enormous lands of Mamluks just in two years. He was the father of Suleiman the Magnificent, thus opening the way for his son to proceed with further conquests during his rule.

Selim I was also the first Ottoman Caliph and “Custodian of the Two Holy Mosques,” meaning the protector of two holiest mosques in Islam: Masjid al-Ḥaram in Mecca and Al-Masjid an-Nabawi in Medina.

Many Turkish TV historical series and films have gained worldwide fame in recent years, including the founder of the Ottoman Empire Osman Ghazi and his father Ertuğrul Ghazi.