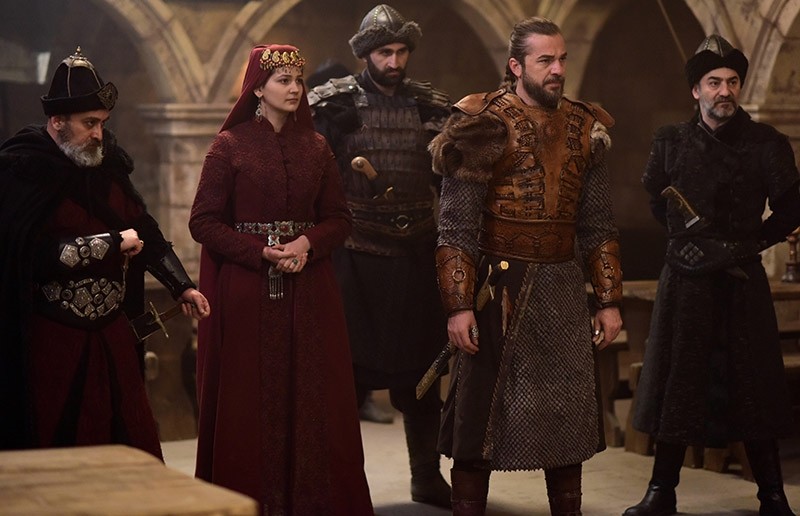 ''Videos of Diriliş Ertuğrul drew such attention from the Arabic-speaking audience on the internet that Arab broadcasters had to buy the series' rights,'' Eren said during an interview with the Turkish daily Yenişafak.

Eren noted that TRT experienced an increase in TV ratings after premiering ''Diriliş Ertuğrul,'' thanks to a new generation of history-themed series centering on the Ottomans.

He added that the series aim to strengthen the nationhood sentiment of Turkish people by teaching the audience how the Turkish state came into existence, through a combination of history and quality entertainment.

The show is rooted in the 13th century history of the Oghuz Turks in Anatolia. It centers around the life of Ertuğrul, the father of Osman I, who was the founder the Ottoman Empire.

Ertuğrul was the leader of the Kayı clan of the Oghuz Turks. When he arrived in Anatolia from Merv (Turkmenistan) with his 400 horsemen to aid the Seljuks of Rum against the Byzantines, he set off a chain of events that would ultimately lead to the founding of the Ottoman Empire. The series gives a glimpse of what the Ottoman Empire was like when it was first founded.