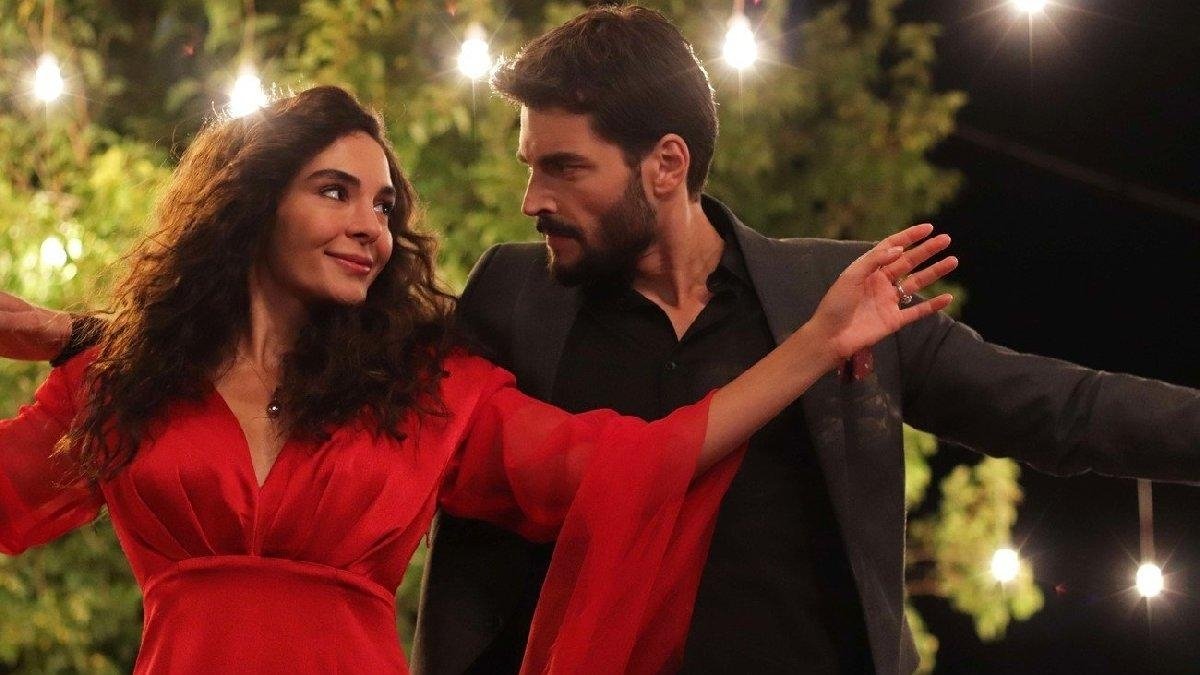 Turkish television series "Hercai" has garnered a lot of attention since its pilot episode premiered in March 2019 on Turkish television channel ATV. The latest appraisal of the show came from Patti Feuereisen, an American psychologist and author. Feuereisen said that Hercai was more than just a TV show and that it offered a deep study of psychology.

"The acting is stellar while the chemistry of love is over the top," Feuereisen said while reviewing the show for North America Ten, a social media platform that aims to familiarize English-speaking audiences with Turkish entertainment, art and culture.

Feuereisen pointed out that "Hercai" was written by an incredible cast of female writers, which she said gives the series a unique perspective on life, love and relationships. "What draws me in are the women writers who allow their female characters more depth and complexity than I have seen anywhere, along with the hetero male characters who love and appreciate these women," she said.

The first episode of "Hercai," whose project designer and producer is Banu Akdeniz, aired on March 15, 2019. Since then, the show has consistently enjoyed a warm reception from audiences. "Miran seeks revenge for the death of his parents. With this goal, he plans to marry Reyyan, whose family is responsible for his parents' death. Unexpectedly he falls in love with her. Will this change the plan?" reads the show's synopsis on the International Movie Database (IMDb) website.

"Hercai" juxtaposes and explores the themes of love, pain and motherhood, usually in the form of characters embodying these themes and traits. One of the clearest examples of opposites colliding can be seen in Miran's grandmothers. "Both have lost their children and gone through life's trials and tribulations," said Feuereisen, who set the scene of how the show explores these characters with similar backgrounds. "Yet, one is an evil sociopath and the other is the embodiment of unconditional love and warmth with no strings attached," she said.

Feuereisen also praised the series' cast. "The women screenwriters and actors provide us with intense depth of emotion throughout their diverse journeys," she said.

"Hercai" has been shot from Miran and Reyyan's perspective. The audience is given a version of characters, relationships and events that are distilled through their lenses.

Set against the backdrop of the Midyat district of southeastern Turkey's Mardin province, the series shows the twists and turns of Miran and Reyyan's relationship. Their affair is imbued with Miran's vengeful and hidden intentions while Reyyan's feelings for him are full of innocence and true intentions. As the story progresses, their love blossoms, but after their wedding, Miran breaks Reyyan's heart. "This is where the revenge truly begins and the unexpected cruelty provokes a study in Stockholm syndrome and narcissistic personality disorder," Feuereisen said.

According to Feuereisen, the relationships within the show, particularly between Miran and his paternal grandmother, invite deeper analysis. She suggests Stockholm syndrome is present within that relationship, and until Miran separates himself from her and transforms with Reyyan's help, he remains paralyzed by the syndrome.

Feuereisen said she thinks such a successful and complex characterization of these kinds of psychological concepts and illnesses makes "Hercai" a unique visualization of the concept of separation-individuation. She said she looks forward to seeing more seasons of the show.

"As the story continues with Miran’s successful gestalt of separation-individuation, he will have the capacity to take others into his heart. We (will) watch in awe as we experience the deep healing of his letting go of layers of psychological bondage and a new emotional hopeful journey opens for Miran," she added.