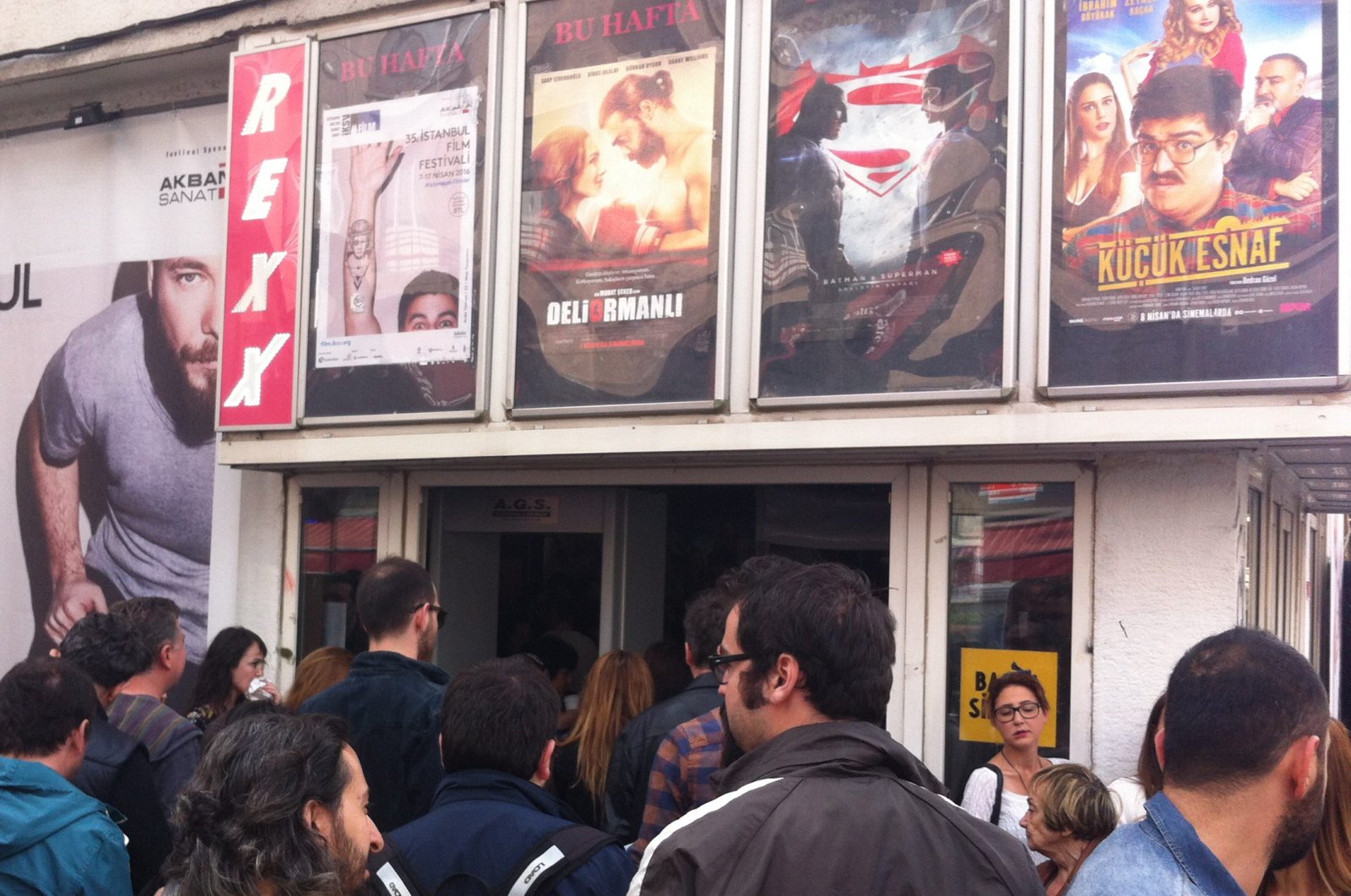 Two movie theaters that served Istanbulites for decades recently announced that they are terminating their operations amid an ongoing halt in all cultural activities and social gatherings due to the COVID-19 pandemic.

Movie theaters throughout the country were temporarily shut down as of March 17 through a circular note issued by the Ministry of Interior as part of measures against the spread of the coronavirus.

The historic Rexx movie theater in the Asian district of Kadıköy has decided to end its operations for good and begin evacuation, reports said.

The reason for Rexx to evacuate is reportedly due to rent disagreements with a Greek Orthodox foundation that owns the building housing the movie theater. In a post published on the municipality’s official Twitter account, Kadıköy Mayor Şerdil Dara Odabaşı confirmed Rexx’s decision to terminate its operations. “We will evaluate with owners of the cinema building how we can carry this valued cultural heritage to the future after the outbreak is overcome,” Odabaşı added.

Rexx, regarded as a landmark located in one of Turkey’s most active culture and arts scenes, was one of the few remaining independent movie theaters in the city, where chain theaters occupying remote parts of shopping malls became the norm over the last decade. It was one of the key locations hosting the Istanbul International Film Festival, which was supposed to be held for the 39th time this year between April 10 and 21 but postponed as part of measures against COVID-19.

However, the movie theater was also associated with poor service quality, inadequate display features and financial troubles over the last years. Similar reports regarding Rexx's closure had lead to protests in 2016.

The site now occupied by Rexx once housed Apollon Theater, also known as Theatron Halkidonas by the Greek community, a famed venue of its time which also saw renowned actress Afife Jale taking the stage for the first time as a woman with Turkish-Muslim roots in 1920. The theater started serving as a movie theater beginning from 1930 and the building was demolished in 1961, replaced by a modern movie theater building next year and started operating as “Reks.” It was rebranded “Rexx” in 1996 and became one of the rendezvous points in Istanbul ever since as its surrounding neighborhood slowly turned into one of the city’s entertainment hotspots.

Another movie theater that recently ended regular operations is Atlas Movie Theater located in the European district of Beyoğlu. Established in 1948, Atlas was one of the oldest operating movie theaters in Istanbul and the passage giving way to the movie theater is one of the renowned meeting points of Istiklal Street. The movie theater was also one of the few survivors of the glorious “Yeşilçam” (Green Pine – in an apparent reference to Hollywood) era, which lasted between the mid-1950s until the mid-1970s and saw the Turkish cinema scene turn into a full-fledged industry producing hundreds of movies annually, although lacking in-depth, acting quality and shooting techniques. Mainly centered on the namesake street joining Istiklal Street, the Yeşilçam era saw hundreds of movie theaters established throughout Turkey, including the Beyoğlu area, the center of all the action.

Irfan Atasoy, the son of one of the partners operating Atlas – the other being famed producer, director and screenwriter Türker Inanoğlu – recently told Turkish news platform Medyascope that they were somehow forced to shut down as they could not make money for the last seven to eight years, while the Ministry of Tourism and Culture insisted on converting the venue into a cinema museum. The ministry is indirectly the owner of the venue since its ownership was transferred to the Treasury in 1985.

A written statement by the ministry, however, said the cinema will be restored in accordance with the original building. “The Istanbul Cinema Museum will reopen its doors in September to convey the aesthetic of cinema to new generations with its yesterday and today, at the historic Atlas building, encompassing Atlas Movie Theater and at Yeşilçam, the heart of Turkish cinema,” the statement said, adding that the venue will serve as the main point for gala and premier events.

The museum is projected to be a living one with “educating, entertaining and hosting” features and will host one of the world’s richest collections in chronological terms and will offer a unique experience site for future movie makers, it added.