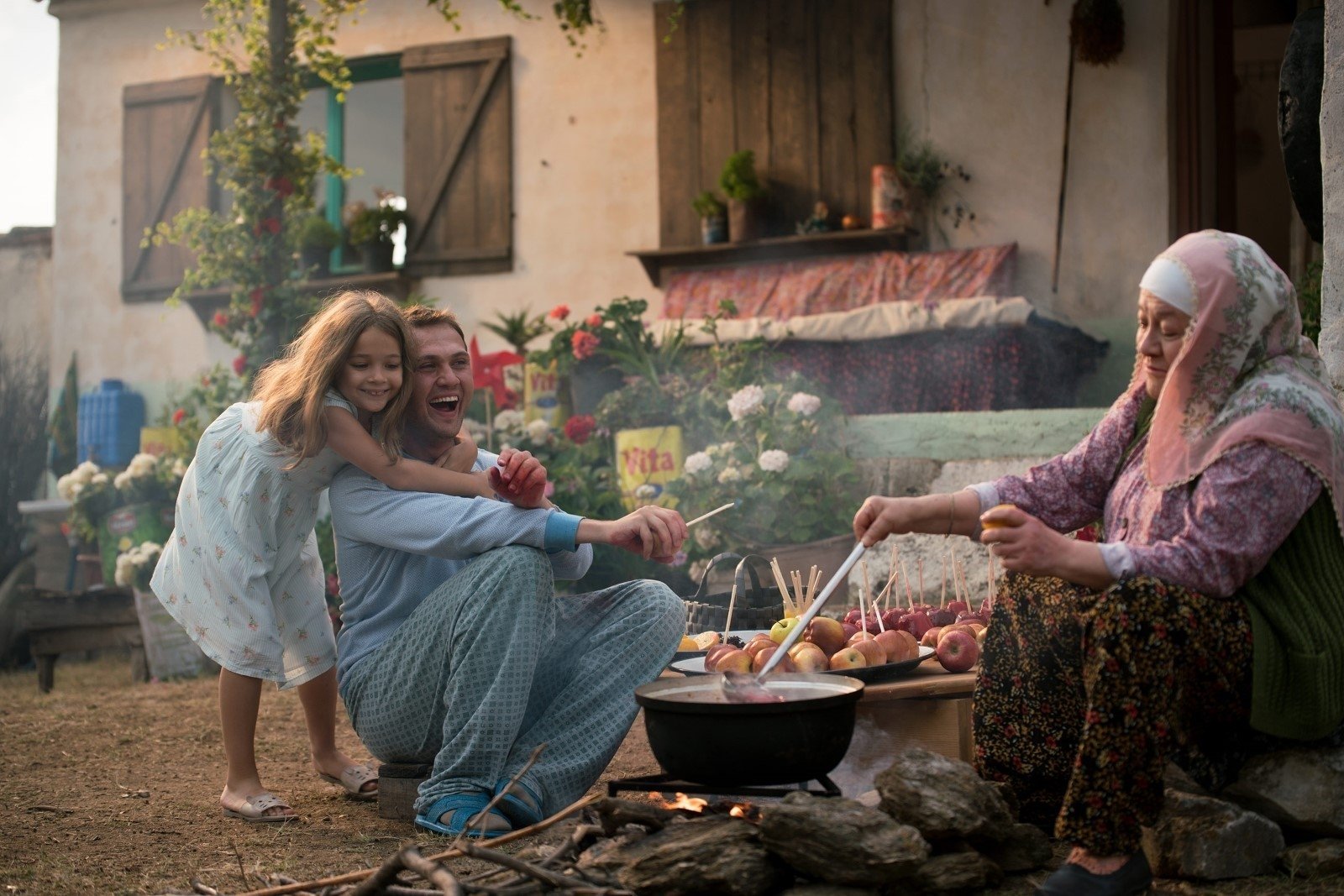 While the ability of “Miracle in Cell No. 7” to make people cry has fueled a shared experience on social media, let’s explore the factors behind the movie's success

Mehmet Ada Öztekin's "7. Koğuştaki Mucize" ("Miracle in Cell No.7") was recently chosen as Turkey's Oscar nominee for the 93rd Academy Awards. The production was also the most-watched film in Turkey in 2019. Moreover, it became one of the top trending movies on Netflix, even in the platform's U.S. and France lists.

While the film caused a sensation on social media, those who watched it shared how emotional the movie is and how it made them cry. Famous Brazilian footballer Neymar Jr. was among the viewers saying they were brought to tears by the Turkish blockbuster. But what makes this movie such a popular hit?

"7. Koğuştaki Mucize," adapted from the Korean "Miracle in Cell No. 7," is a tragic drama that revolves around the theme of justice. The movie tells the story of a mentally impaired father, Memo, and his daughter, Ova, who live in a small town in southwestern Turkey's Muğla province under martial law in 1983. While Memo's exact cognitive disorder remains unnamed throughout the story, he is said to have the mental age of his daughter.

Memo is wrongfully accused of murdering a 7-year-old girl and imprisoned despite his mental disability. This is because the dead girl was the daughter of a military commander. As the commander is the highest-ranking official there, security forces obey his orders without question. The film, which explores themes like abuse of power and extrajudicial prosecution, examines the flawed justice system. It also leads the spectators to an internal reckoning with good and evil.

The story is very touching, which makes it especially interesting for the audience. However, the Turkish version's success has surpassed the Korean one, even if the stories are more or less the same. The reason is director Öztekin preferred to present the story with a focus on tragedy. Whereas, the Korean "Miracle in Cell No. 7" blends the plot with elements of comedy and offers a tragicomic production to the audience. However, "7. Koğuştaki Mucize" was prepared as a drama that managed to affect the audience emotionally by focusing on the tragic side of the story.

This important change of perspective in the presentation of the story added some unique qualities to the movie and has nearly made it an authentic story rather than a remake. It even reminded me of some similar scenes from Frank Darabont's cult hit "The Green Mile."

For instance, when I saw the scene where Memo was holding the dead girl in his arms, I remembered the scene where John Coffey, the lead role in "The Green Mile," cries while holding the dead sisters. Although the stories of the two movies are completely different, the innocence of Memo and John Coffey, and the accusation of the killing of the girls are quite similar.

When it comes to why "7. Koğuştaki Mucize" is a good production as a drama, this is related to two concepts: mimesis and catharsis. When classical narrative cinema is examined within the framework of Aristotle's dramatic understanding, the films imitate and reproduce real life with mimesis (reflection) before they provide the audience with the opportunity to purify their feelings with catharsis (identification).

"7. Koğuştaki Mucize" successfully realizes the mimesis with the realistic town life created by the characters and the decor, which captures the spectators' imagination. The reality created with mimesis also affects the catharsis. The spectators identify with Memo and Ova. They move away from their own lives and join the father and daughter throughout the movie. Thus, when the extrajudicial prosecution Memo is subjected to is overcome by several illegal means and the father and daughter reunite, the audience is relieved by experiencing catharsis.

The production also presents a successful remake through localization. In the film, the changes made in the name of localization both added originality to the film and deepened the tragedy.

Presenting the tragic story in a period after the 1980 Turkish coup d'etat is the first example of localization. Adding the characters teacher Mine and grandmother Fatma to the film and using different characters in the prison are other changes made within the framework of localization and contribute to the successful remake of the film.

However, I should also mention some shortcomings in the aspect of localization. The first of them is the changes made to the characters in the prison. While the film focuses on the recreation of these characters through local people, it completely ignores character development. Although most of the movie takes place in prison, viewers know little about the characters here. The people in prison are presented as side characters supporting the story of the main character Memo and they do not have their own stories.

Another localization problem in the film is the creation of a new mise en scene at the end of the story. Unlike the original movie (spoiler alert if you don't want to know), "7. Koğuştaki Mucize" ends the story in a more hopeful way. Viewers see that Memo's life was saved by some illegal means in the flow of the events. Although this happy ending triggers the feeling of catharsis in the audience, it contains some logical errors. In real life, such an ending is unlikely to occur and contradicts the perception of reality created by the film's successful mimes.

In the end, "7. Koğuştaki Mucize" is a melodramatic feature that gained the admiration of spectators with its conspicuous sentimentality. Except for some small points, it deserves credit for engaging emotions.