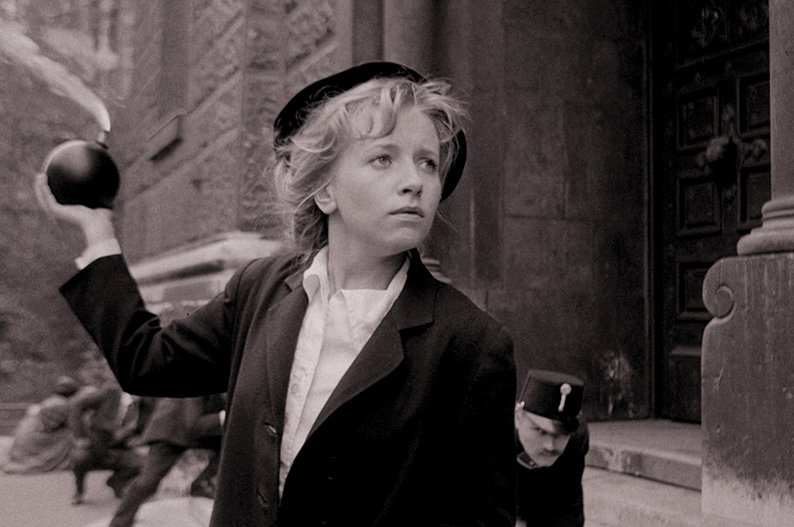 Istanbul Modern Cinema is set to host a retrospective of the works of Ildiko Enyedi, one of the finest masters of contemporary Hungarian cinema, as part of a series of events funded by the Hungarian Cultural Center. It will be the first time much of the filmmaker's oeuvre goes on show for Turkish audiences.

Striving to solve the mysteries of the universe and the human soul, the director feeds on various sources of inspiration, from science fiction to magic, Greek mythology, folk tales and more.

Her works introduced a new form of narrative and expression to the history of Hungarian cinema in a shunning of the country's traditional social realism. A total of nine films featured in the filmography of the director, who has been shooting short films and documentaries since 1979, will meet the audience as part of the retrospective.

“Teströl es Lelekröl” ("On Body and Soul"), shot in 2016, will be screened at 7 p.m. on March 12 and at 4 p.m. on March 21 at Istanbul Modern. Starring Geza Morcsanyi, Alexandra Borbely and Zoltan Schneider, “Teströl és lélekröl” is about a mystical love that evolves between two introverts. Endre, the financial manager of a slaughterhouse near Budapest, instantly harbors intense feelings about Maria, who arrives one day for an audit. However, he can barely open up about his feelings to himself – let alone to the object of his affections. Maria and Endre are both so timid that they soon discover that they can only meet in their dreams. Their love, which they cannot express in real life, deepens in this fairy-tale environment where they meet every night. The film, which marked a return to cinema for Enyedi after a 17-year hiatus, skillfully blends poetic expression and harsh reality and was awarded the Golden Bear at 2017's Berlin Film Festival.

“Simon Magus” ("Simon, the Magician"), Enyedi's 1999 work starring Peter Andorai, Julie Delarme and Peter Halasz, will be screened at 5 p.m. on March 12 and at 4 p.m. on March 22. The film follows as Paris police ask for the help of Simon the Magician, a man in possession of supernatural powers, to help shed light on a murder. Simon cannot get the thought of a young Jeanne, who attracted his attention as soon as he sets foot in Paris, out of his mind. After solving the murder with little difficulty, he prolongs his stay in Paris to find Jeanne once again. Although the two do not speak the same language, love blossoms between them. When Jeanne goes to school for her exams, however, a fellow magician and love rival, Peter, invites Simon to partake in a new trick he is preparing. Ildikó Enyedi's work makes for a spectacular drama that bodes as a retelling of the tale of the Biblical “Simon the Sorcerer” (Simon Magus) set in modern-day Paris.

"Tamas es Juli" ("Tamas and Juli") is a 1997 work starring Marta Angyal, György Barko and Csaba Czene, and will be screened at 4 p.m. on March 19 and at 2 p.m. on March 21. Ildiko Enyedi made the film for a French television series entitled “2000, Vu Par...” ("2000, Seen By..."), whose chief goal was to address the changes brought by the 20th century from the perspective of ten different directors. The work depicts a love story full of obstacles between a miner, Tamas, and a shy infant teacher, Juli. Casting aside the national and global concerns of the period, the director focuses on the essential needs of man, telling the story of two lovers who make an appointment and meet at the bar in town on New Year's Eve. This entangled love story, which ends as the new millennium dawns, combines Enyedi's unique social realism with her enchanting visuals.

“Az en XX. Szazadom” ("My 20th Century"), shot in 1989 and starring Dorota Segda, Oleg Yankovskiy and Paulus Manker, will be screened at 2 p.m. on March 14 and at 6 p.m. on March 19. Born in Budapest in the late 19th century, twin sisters Dora and Lili are orphaned at an early age. On New Year's Eve in 1900, however, they fall into a deep sleep while trying to sell matches in the snow and are separated and taken away by two unusual characters. Years later, they ride the same train cabin, yet are totally unaware of one another. It turns out that Dora has become a swindler who travels in a luxury car, while Lili has since grown to become a feminist anarchist who travels in a car full of various animals. The enigmatic Mr. Z, whom they meet on the train, falls in love with both sisters, leading them to embark on a fascinating journey through the centuries. Enyedi's film questions the place of women in a world shaped by inventors such as Edison and Tesla, which formed the basis of 20th-century modernity, in a dream-like manner. The film was awarded the Golden Camera at the Cannes Film Festival in 1989.

“Vakond” ("Mole"), a 1987 work, will be screened at 1 p.m. on March 12 and at 2 p.m. on March 15. Enyedi's first feature film is an adaptation of the novel “The Invention of Morel,” written by Adolfo Bioy Casares, a fantasy romance that follows as an agent attempts to understand the lives of people on planet Earth. Over the course of his endeavors, the agent becomes uncomfortable with not being able to attract anyone's attention – despite his duty being to remain undetected. Once we realize that life on Earth is an illusion, we are then whisked, as an audience, on a journey between dream and reality. Enyedi creates a universe in which politics does not exist, where life is made up of daily routines, and time runs cyclically.

“Büvös Vadasz” ("Magic Hunter"), shot in 1994, stars Gary Kemp, Sadie Frost and Aleksandr Kaydanovskiy, and will be screened at 3 p.m. on March 12 and at 4 p.m. on March 14. Max, a police officer known for his sharpshooting, is suddenly struck down with guilt having accidentally shot a woman he was trying to protect. One of his colleagues, Kaspar, gives Max seven-magic bullets that have the power to hit every target he desires to help him overcome his sudden loss of ability. However, unbeknown to Max, the seventh bullet is under the direct control of the devil. Max's new task is to act as bodyguard to a Russian chess champion, who comes to town for the tournament. He is asked to watch over the contender from afar. However, noticing the undeniable attraction between his beautiful wife and the chess master, who meet by chance, Max begins to fear the breakdown of his happy family. Only a miracle can prevent this tragedy waiting to happen.

In “Elsö Szerelem” ("First love"), a 2008 film starring Juli Droste, Palma Pasztor and Anna Kis, a young girl comes across a stranger in a dark, deserted parking lot. The audience is confronted with a situation that is awkward for the guy, but not at all surprising for the girl, who has suddenly fallen in love.

Meanwhile, in “Flirt: Hipnozis” ("Flirt: Hypnosis"), a 1979 work, Ildiko Enyedi is hypnotized by a famous Hungarian doctor. Enyedi says that she made the film to prove that “a director can also express herself through cinema even in her absence.”

In “Invázió” ("Invasion"), a film shot in 1986, a fictional city, in a fictional country, is overrun by an army of primitive creatures. All power lines are shut down, except for the main security building, leaving residents without light or heat. However, the city has already been overrun.

“Europabol Europaba” ("From Europe to Europe"), an unusual feature shot in 2004, documents Hungary's accession to the European Union. In the film, which was produced with the participation of 10 prominent directors of Hungarian cinema, each director talks about what their cultural heritage will add to Europe and the contribution Europe has made to their own country's culture, in turn. In the part of the film showcasing Ildiko Enyedi's thoughts, women from various parts of society come to the fore.