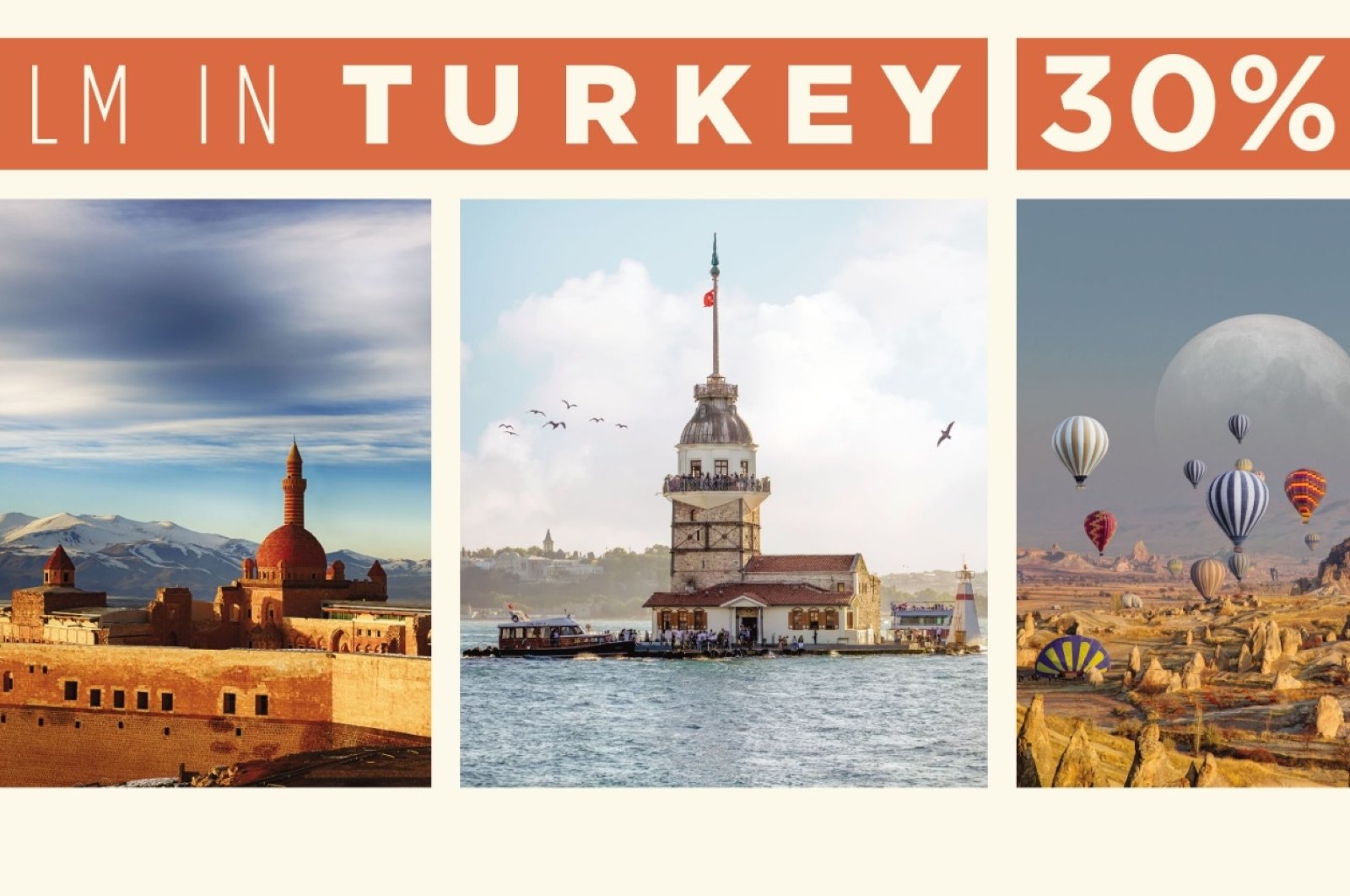 A poster for the 5th International Tourism Film Festival.
by Anadolu Agency Sep 16, 2020 10:50 am
RECOMMENDED

The 5th International Tourism Film Festival kicked off Tuesday in Turkey's picturesque Cappadocia region, one of the country's top tourist destinations. The festival is being hosted by Turkey after previously being held in such cities as Cannes, Berlin, Tokyo, Barcelona and Vienna, said a Culture and Tourism Ministry statement.

It is being attended by filmmakers, social media influencers and tourism sector representatives from 18 member states of the International Tourism Film Festivals Committee.

Film screenings will be held in the area's historic Nevsehir Castle Wednesday and Thursday in line with social distancing measures due to the ongoing coronavirus outbreak.

Filming opportunities, incentives for foreign films and Turkey's new cinema regulations will also be introduced at the Filming In Turkey web portal that takes place alongside other events at the festival.

The awards ceremony, meanwhile, will take place at the Paşabağları archeological site. As many as 28 prizes will be given to films in seven categories including travel, city and regional movies. The winning features will be promoted across 19 countries. The festival will end with a closing ceremony on Sept. 18.

The central region of Cappadocia, in Turkey's Nevşehir province, is a UNESCO World Heritage site famed for its chimney rocks, hot air balloon trips, underground cities and boutique hotels carved into rocks. It is one of Turkey's most important tourism regions.