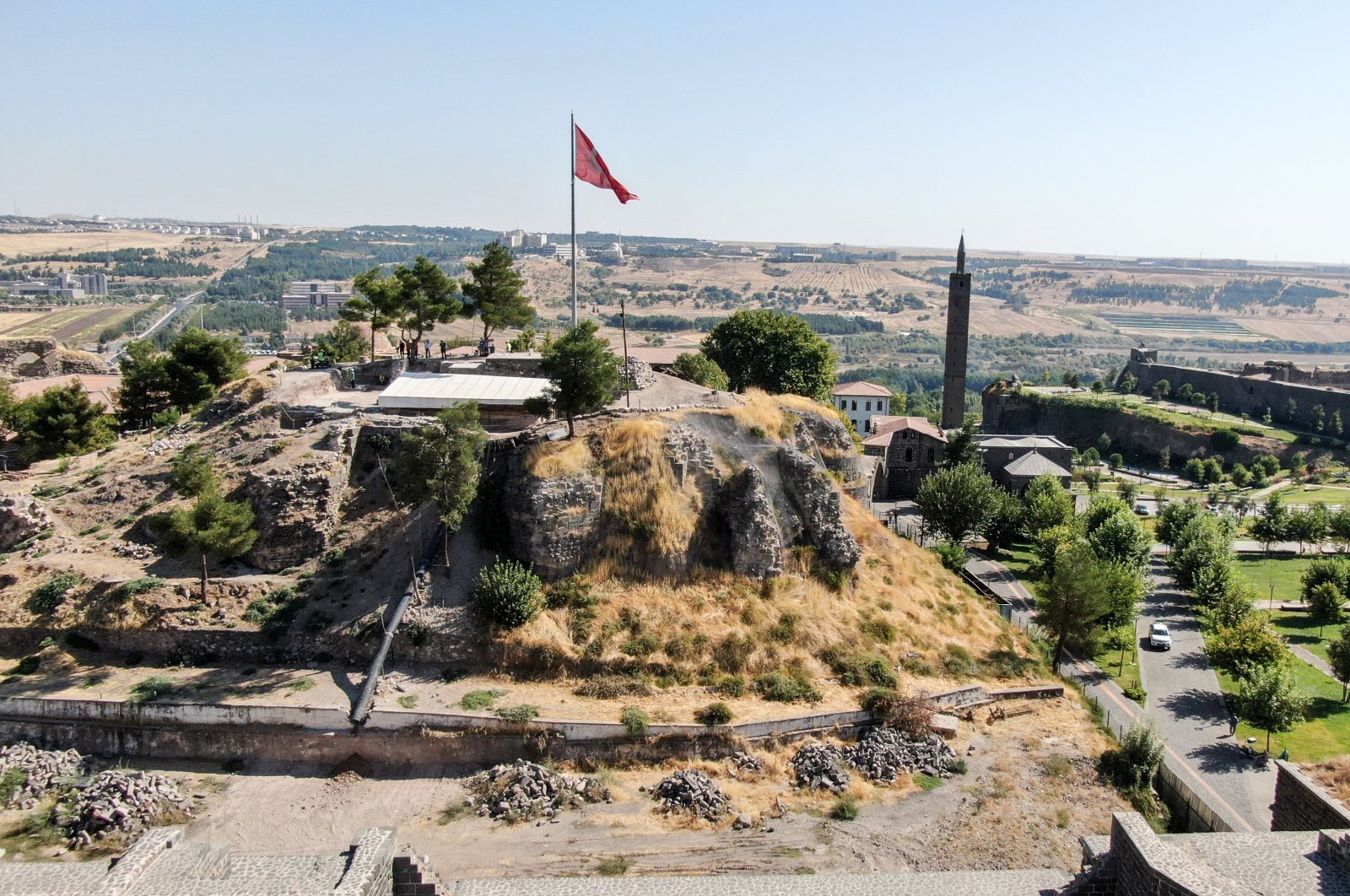 During archaeological excavations into the Amida Mound in the historical Sur district, which is described as the heart of southeastern Diyarbakır province, water channels and a heating system, estimated to be 1,800 years old, were found.

The latest discoveries were found in an area where renowned Islam scholar Ismail al-Jazari conducted scientific studies during the 12th century.

Works at the location, which was home to many civilizations; including the Hurrian and Mitanni, Urartian, Persian, Roman, Umayyad, Abbasid, Mervan, Seljuk and Artuqid; are under the leadership of Dicle University academician Irfan Yıldız.

Speaking to Anadolu Agency (AA), Yıldız said that the Amida Mound is the heart of both Diyarbakır and Mesopotamia. Noting many of the important findings obtained during the excavations, he added: "We initially discovered a hidden tunnel here in 2018. This is both an escape tunnel and a tunnel to the water source."

He also reminded that a bathhouse was found during excavations done between 1961 and 1962, continuing: "We found various channels in this bathhouse. Some of them were used to heat places through the hot water of the bathhouse. The edges of these hot water channels were built with bricks to prevent heat loss. When we look at other ancient places in history, this hot water in the bath was distributed to the spaces with terracotta water pipes.

However, the Romans who lived in this mound used a different system and directly distributed the water through channels. We can call this system the heating system of that period. It is the earliest heating system ever identified in the region. The heating system and water channels supposedly date back to 1,800 years ago."

Pointing out that they think they will find more interesting data as they continue to excavate the area, Yıldız said: "After the completion of the excavations, the Amida Mound will be one of the most important touristic centers in Diyarbakır."