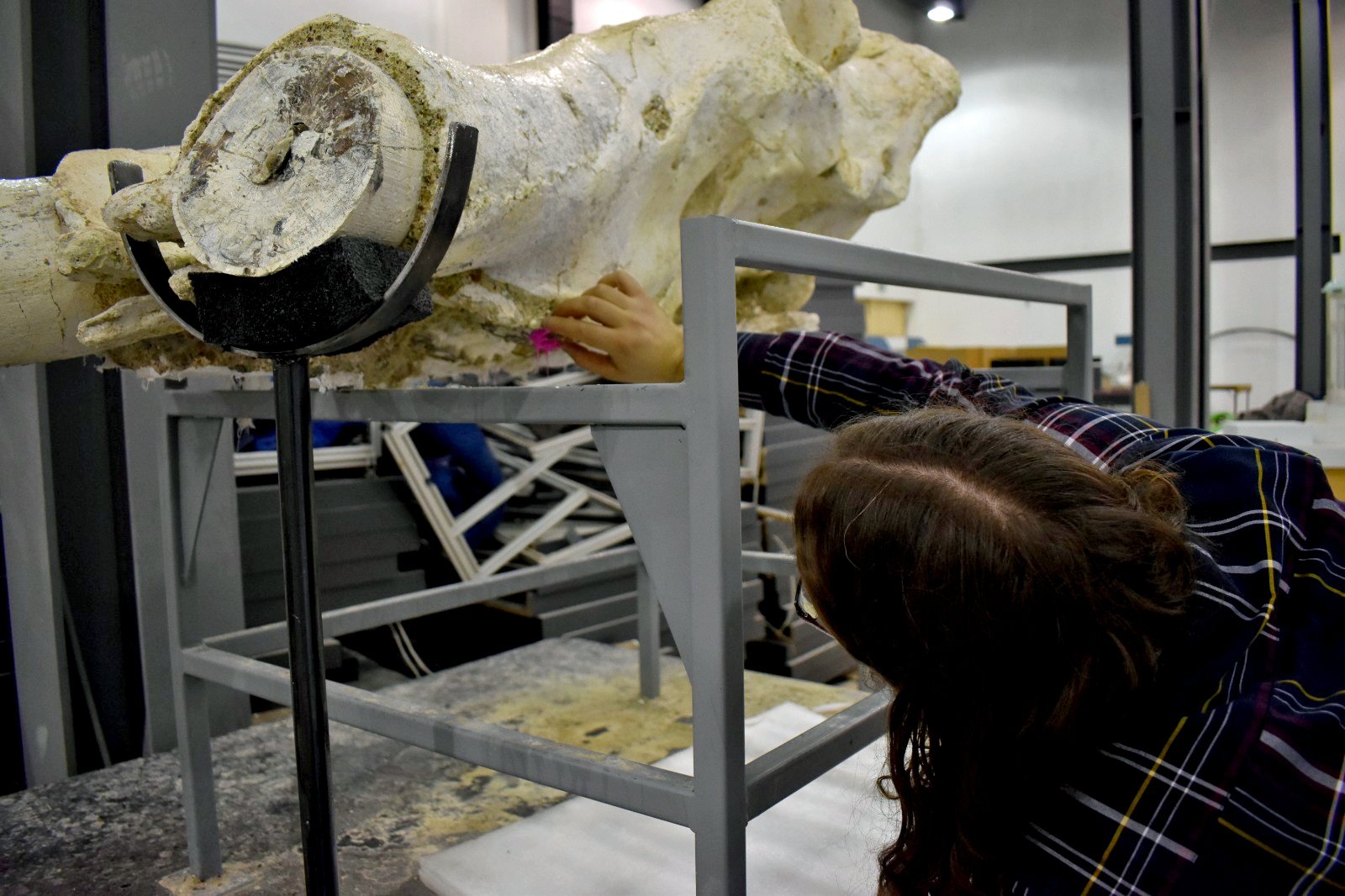 A 7.5 million-year-old complete skull fossil found on the shore of the Yamula dam lake in Turkey’s central Kayseri province has proved to be a significant find. The skull belongs to the Choerolophodon pentelici, known as the ancestor of elephants.

The examination of the fossil, which was found last year, was conducted by one of the few experts on Proboscidea – a taxonomic order of Afrotherian mammals – in the world, Kayseri Metropolitan Municipality said in a statement.

Juha Saarinen, a professor at the University of Helsinki’s Department of Geosciences and Geography, came to Kayseri and completed the final examination of the skull, according to the statement.

Okşan Başoğlu, head of the excavation team which continues working at the discovery site, said the Finnish scientist Saarinen “worked on the big and complete skull for two full days.”

“This will be published in a very respected journal abroad because it is a very significant fossil,” she quoted Saarinen as saying.

Başoğlu said it will be a reference point for them and soon the names of Kayseri and Yamula will take their place in world literature on the subject.

“For this reason, it is a very essential development for us. Kayseri, in one sense, will be a center of paleontology,” she said, referring to the study of the history of life on Earth based on fossils.

She said studies in the laboratory are continuously ongoing.

Saarinen, who has worked in many areas from Europe to the Middle East and China to the U.S., stated that the complete skull fossil belonging to Choerolophodon pentelici is the only sample in the world and is larger in mass than any elephant fossils found at other contemporary localities in the world.

When looking at the fully preserved and unique skull specimen and other fossils found in the province, he said Kayseri would become a reference point for international paleontology.

During excavation work carried out in the region since 2017, samples of giraffes, four to five species known as the ancestors of elephants, rhinoceroses, three-hoofed horses and hornets were found.