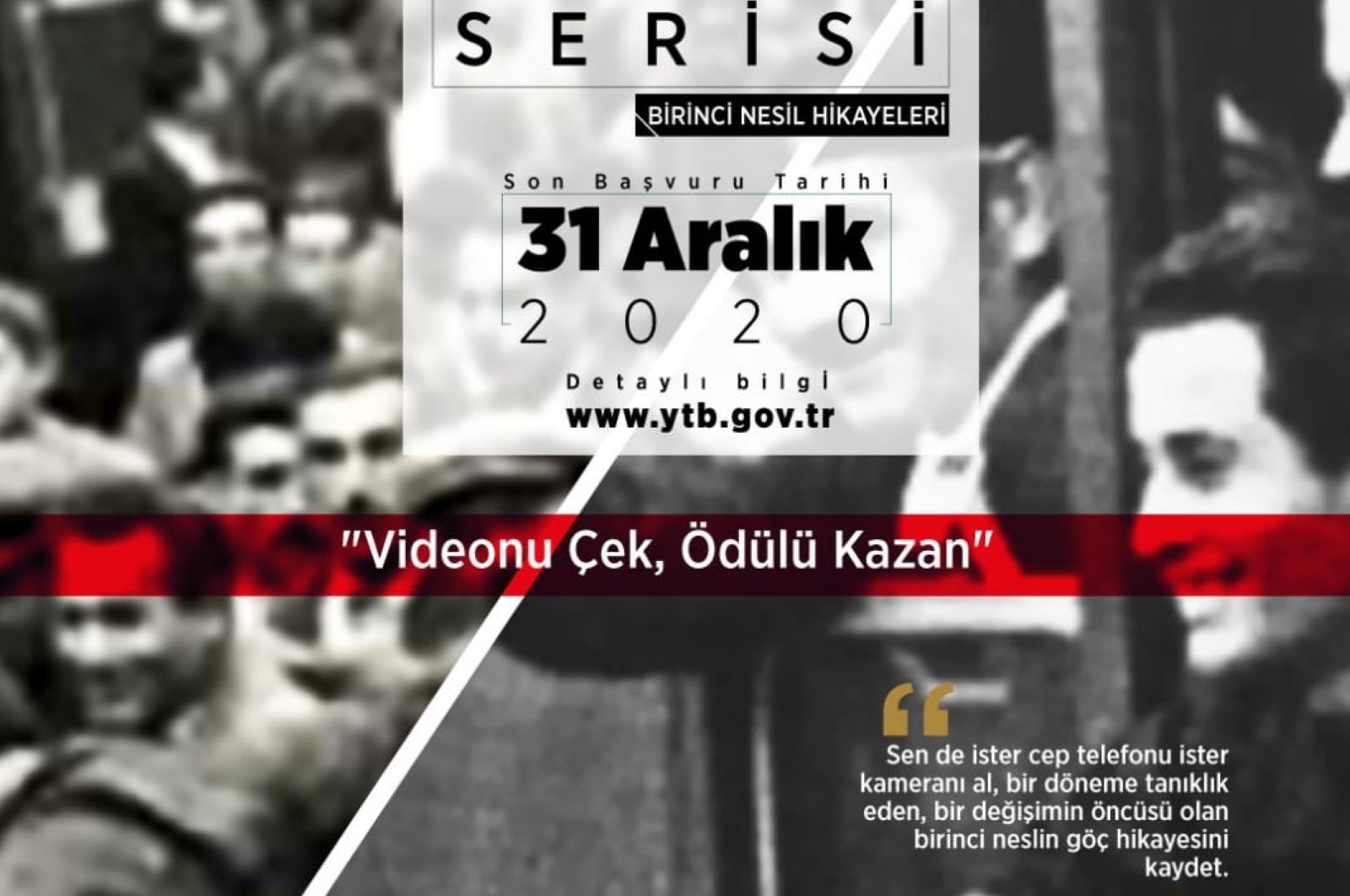 The Presidency for Turks Abroad and Related Communities (YTB) of the Culture and Tourism Ministry has invited Turkish expatriates to shoot videos as part of the "Human Treasures Series – First Generation Stories Call" to share their experiences with future generations.

According to YTB's statement, they want to hear from those who left the homeland and migrated for work between 1961 and 1975. Details of families, loved ones and adapting to foreign life are encouraged. Applications will be evaluated by a jury that will decide which stories are entitled to the cash prize of TL 4,000 ($513.59).

The competition is open to participants from across the world with no age restriction and all details can be found on YTB's website. It must be a video telling the story of a first-generation immigrant who moved to the U.S., Germany, Australia, Austria, Belgium, Denmark, Finland, France, the Netherlands, the U.K., Sweden, Switzerland, Canada or Norway between the specified dates and submitted to sozlutarih@ytb.gov.tr, via email before the December deadline.