40 graves unearthed during restoration of Yivli Minare Mosque in Antalya 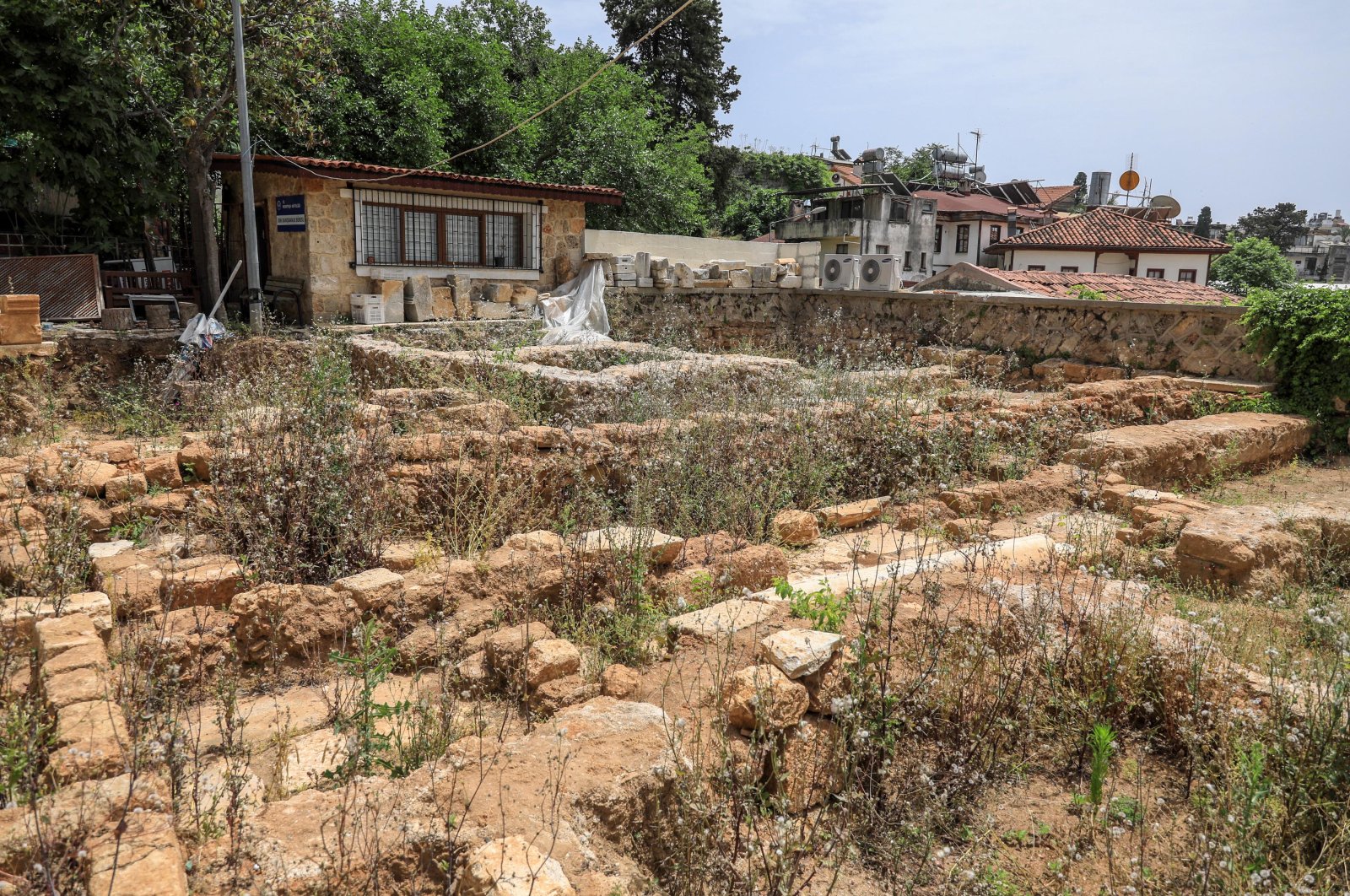 The graves were found during excavations to unearth the madrasah gate at Yivli Minare Mosque, Antalya, Turkey. (DHA Photo)
by Anadolu Agency May 20, 2020 2:11 pm
RECOMMENDED

Forty graves were found during excavations to unearth the madrasah gate at Yivli Minare (Fluted Minaret) Mosque, which is one of the iconic structures that form the Mediterranean province of Antalya's skyline and is on the United Nations Educational, Scientific and Cultural Organization’s (UNESCO) Tentative List of World Heritage Sites.

The excavation work at Yivli Minare, which was built in 1230 by Sultan Kayqubad I of the Anatolian Seljuk Sultanate and now rises between the walls and old houses in the historical Kaleiçi district, has been underway for a year and a half. The 40 graves unearthed during excavations have been moved to the cemetery.

Speaking to Anadolu Agency (AA), Hüseyin Coşar, regional director for foundations in Antalya, stated that they are continuing excavation and landscaping work to move the Yivli Minare, which was placed on the UNESCO’s World Heritage Tentative List in 2016, to the permanent list.

Indicating that they have planned to complete the work in a year, Coşar said that the path leading to the minaret will also be excavated.

Expressing that they have started excavation work to unearth the madrasah gate, Coşar noted: “There was a park and huge trees in the courtyard of the mosque. It was entirely a promenade area. There is also a madrasah of which only one gate was left. We started the excavation thinking, 'Let us at least unearth the gate' and we uncovered the foundations of the madrasah. As the excavation continued, the graves came to light. We unearthed 40 graves in an area where people wandered and set foot before and moved them to the cemetery. After excavation and landscaping work, we will open the area to visitors like an archaeological park.”

Coşar stated that they came across new data in each excavation and that the tiles belonging to the eight-century-old minaret that were blown away by the wind or removed by other factors also came into view during the excavations.

Emphasizing that the mosque's minaret is a favorite among local and foreign tourists, Coşar added that the first thing that comes to mind about Antalya is Yivli Minare.

The 38-meter-high (124.7-foot) minaret with a 90-step staircase, the body of which is made of brick and turquoise-colored tiles, challenges time with its magnificence.

Located near Kaykhusraw I Madrasah, Seljuk Madrasah, Mevlevi Lodge, Zincirkıran Tomb and Nigar Hatun Tomb, the minaret is the first Turkish-Islamic work in the city.

The Yivli Minare Mosque, which comes to the fore with its extremely interesting form, is considered one of the oldest examples in Anatolia of the multi-dome mosque type with its six-dome worship place.