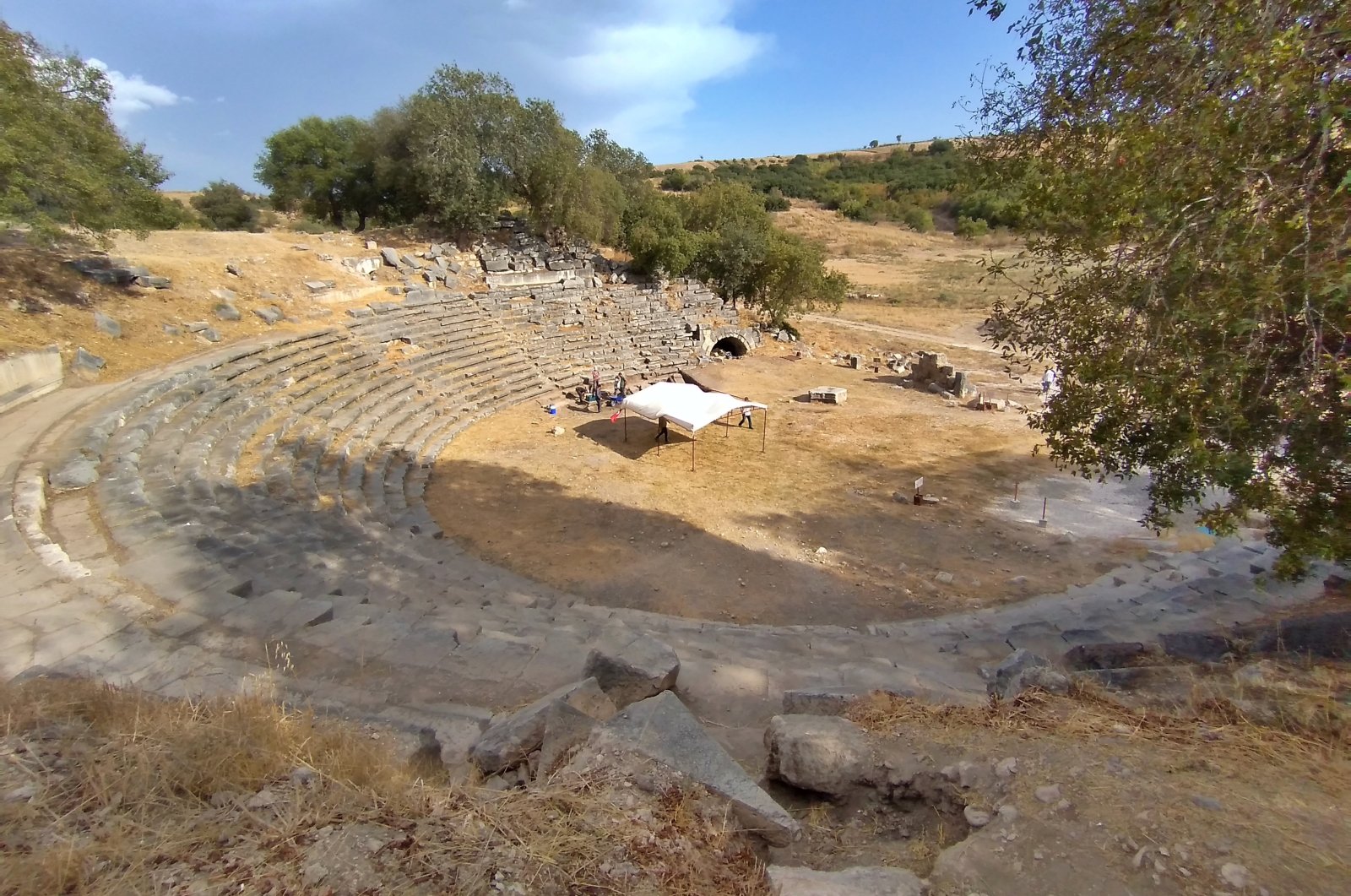 The amphitheater in the ancient city of Kastabala, located in Turkey’s southern province of Osmaniye, will begin to host concerts, plays and art performances once excavations and landscaping are completed.

Excavations recently resumed in the ancient city, located 12 kilometers (7.45 miles) from the city center, with its walking path, theater, castle and columns dating back 2,500 years.

Kastabala is looking to reprise its old title as the religious, cultural and artistic center of the region once it has completed the necessary works.

The excavation is being carried out by the Directorate of Museum of the Provincial Directorate of Culture and Tourism under the direction of Faris Demir, of the Archaeology Department, Osmaniye Korkut Ata University (OKÜ). In an interview with Anadolu Agency (AA), Demir said that Kastabala is also called "Hierapolis" which according to some sources means "holy city." He explained that the city was a center for arts and culture in the region, adding that “the fact that there is an amphitheater in the city is the main indicator of this.”

The scholar stated that they started excavations in the theater with the aim of uncovering the stairs, some of which are buried underground, continuing: “The seating areas in the theater consist of two parts. The upper part is destroyed, but there is a chance of restoring it. In the lower part is a six-step seating area 2.5-3 meters (8.2-9.84 feet) long under the ground. As soon as we unearth these parts, the theater will show itself more clearly. At that time, the cultural and art centers of the cities were theaters. That is why we have focused the work here.”

Demir noted that they plan to begin the restoration work as soon as the excavation is complete and aim to return the theater to its original state, saying that “after the restoration and conservation works in the theater are completed, this place will be able to host events such as concerts, exhibitions and theaters. At that time, the city was a leading city in the field of culture and art. Our goal is to re-erect the theater and make the city a center like it was at that time. Kastabala, which was quite crowded and lively in ancient times, is now quite deserted. With the revealing of the theater, we want to bring dynamism to the city again. After our works, visitors will be able to follow art events in an atmosphere as if they were living in that period. We have accelerated the excavation work so that the theater can host such events as soon as possible.”