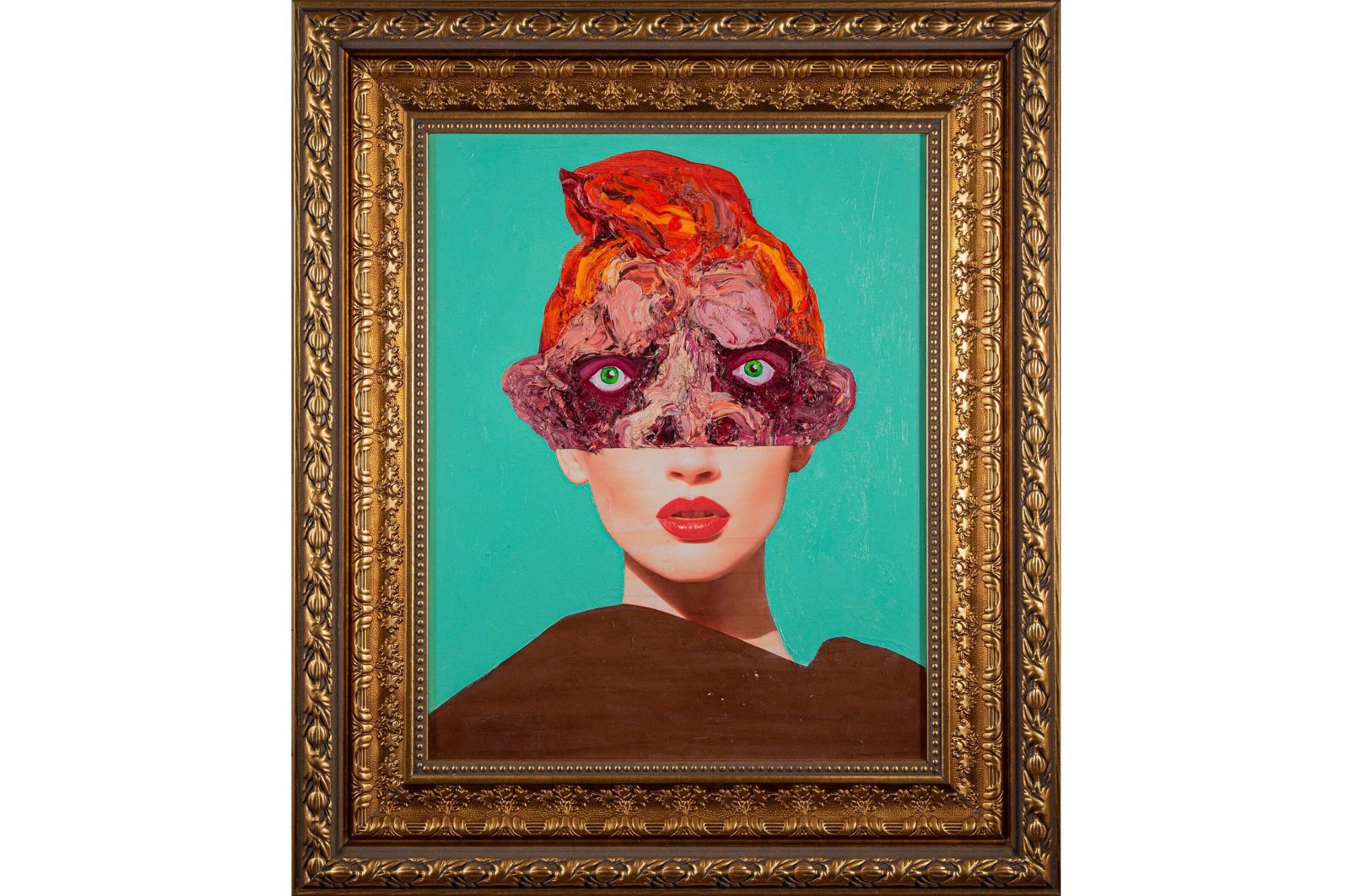 The first art season since the beginning of Turkey's COVID-19 normalization period is here, and galleries and exhibitions have started to announce their dates now that they can at last put on in-person shows. One of the most exciting venues in the Turkish art world, and in fact the global art world, has been the Anna Laudel Gallery. Set to host a comprehensive solo exhibition for its return, the gallery now also boasts of a new and improved gallery space.

The exhibition by artist Ramazan Can, titled "I am Neither on the Earth Nor in the Sky," will be held between Sept. 9 and Nov. 18 as it will inaugurate Anna Laudel's new gallery on Kazancı Yokuşu in Istanbul's Taksim.

A compilation of Can's artworks over the past seven years, the exhibition will present the artist's journey over the years and serve as a continuation of his previous event, "Once Upon A Time..." which was also held at Anna Laudel Gallery in 2018.

Aptly named, "I am Neither on the Earth Nor in the Sky," the exhibition aims to take visitors on a voyage of Can's memories of nomads who were once as free as birds, able to migrate wherever and whenever they wished. The exhibition is of great import as these nomads have now resettled, and their freedom wings clipped. Thus, there is no place for nomads, neither on Earth nor in the skies.

In order to convey his memories, Can has divided the exhibition into three sections of grand themes: nomadism, shamanism, and art appropriation and identity issues.

In nomadism, the artist's take on the Anatolian culture and traditional handicrafts are on display alongside neon works and sculptures, creating a meaningful dichotomy. The half-neon and half-carpet artworks are at odds with themselves, portraying nomadism by mirroring the oppositional nature of the earth and sky, the old and new.

In the shamanism section of the exhibition, Can's research on traditional rituals and his childhood memories of them take center stage. His argument is that most of these traditions can be traced back to the earlier belief system of shamanism, which deeply influenced Turkish Islamic culture. Thus, his artworks draw links and comparisons between ancient and modern.

The final section showcases Can's collages, in which famous paintings by iconic masters of the art world like Leonardo da Vinci and Raphael become the subject of reproduction and renewal. Can paints over the faces of well-known artworks and portraits to create alternative heads.

This section deals with art appropriation and also issues of identity as it exhibits Can's many self-portraits in the neo-expressionist style, neither naturalistic nor realistic. Can approaches the subject with ambiguity, leaving the audience without references to space and time where one is left only with the face and its hidden expressions.

Can, born in Turkey's Manisa in 1988, is a graduate of Gazi University Fine Arts Institute's Graduate School of Painting. He has been a part of solo and group exhibitions in Turkey many times over the years as he continues to work from his studio in the capital, Ankara.

Anna Laudel, founded by its namesake and directed by Ferhat Yeter, has been an exciting name of the Turkish art world ever since its establishment in Istanbul, giving a stage to artists of diverse backgrounds and generations from Turkey and beyond. The organization launched its second gallery in Düsseldorf, Germany, back in 2019.

The gallery's Istanbul space recently relocated to a new building that will host its first exhibition with Can's event.