Artwork by Banksy goes under hammer for $202,800 in Netherlands 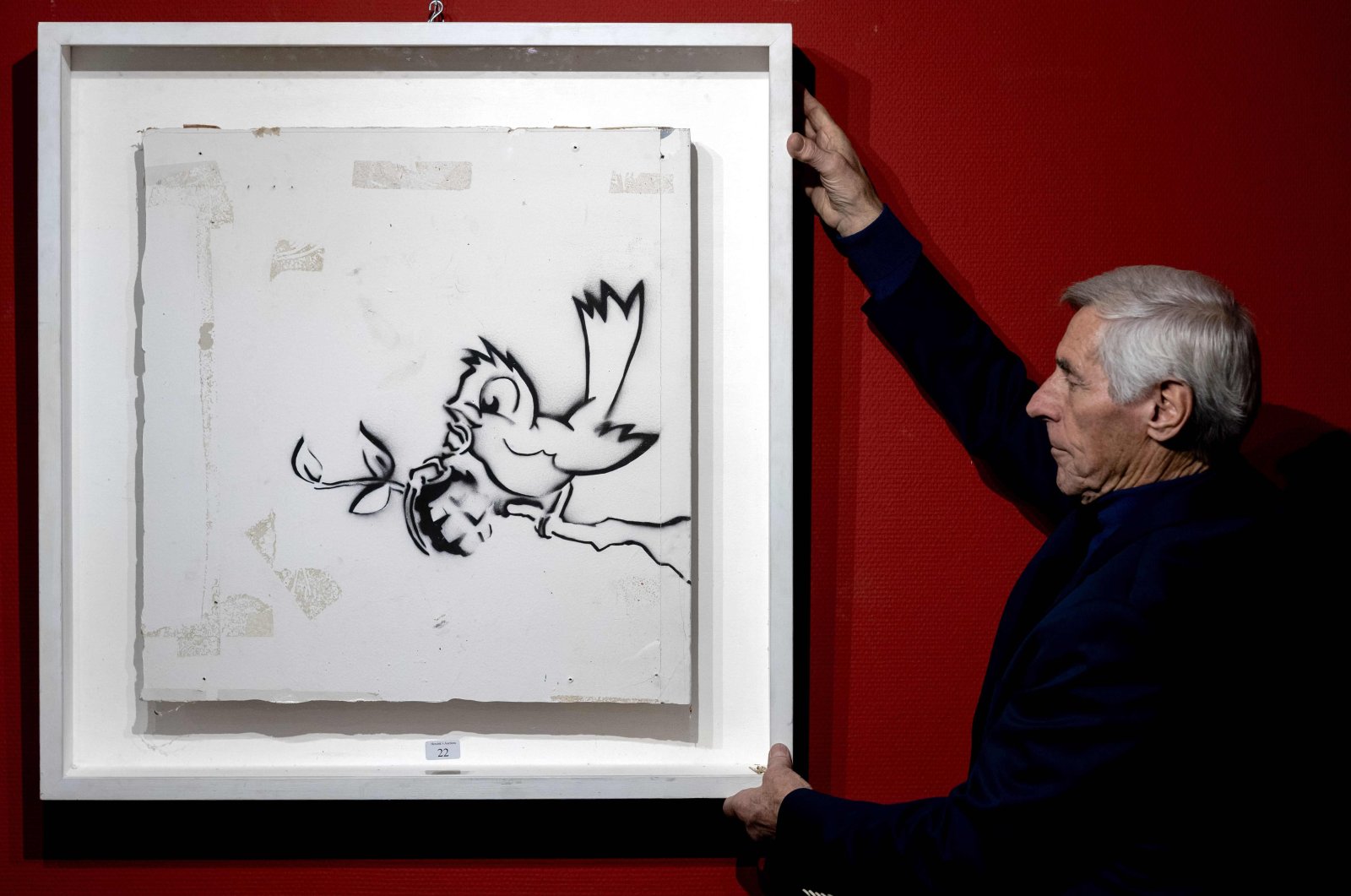 An employee of the auction house Hessink presents the graffiti painting "Bird with Grenade," made by artist Banksy, in Zwolle, the Netherlands, Nov. 26, 2020. (AFP PHOTO)
by German Press Agency - DPA Nov 27, 2020 3:40 pm

The painting "Bird with Grenade" by the mysterious street artist Banksy went under the hammer in the Netherlands for 170,000 euros (nearly $202,800) on Thursday.

The work of art, created in 2002, went to a Dutch collector, the ANP news agency reported Thursday, citing the auction house Hessink's in Zwolle.

The painting comes from the private collection of Jamie Wood, son of the legendary Rolling Stones guitarist Ron Wood, according to the auction house.

According to an image made available by Hessink, the spray-painted picture shows a bird with a hand grenade hanging from its beak.

Banksy's identity remains a mystery. It is known that he originally came from Bristol in the southwest of England and moved to London in the late 1990s. He made a name for himself with socially critical and mostly controversial images that often appear without warning. He has also addressed homelessness, consumerism and the coronavirus crisis in his works.