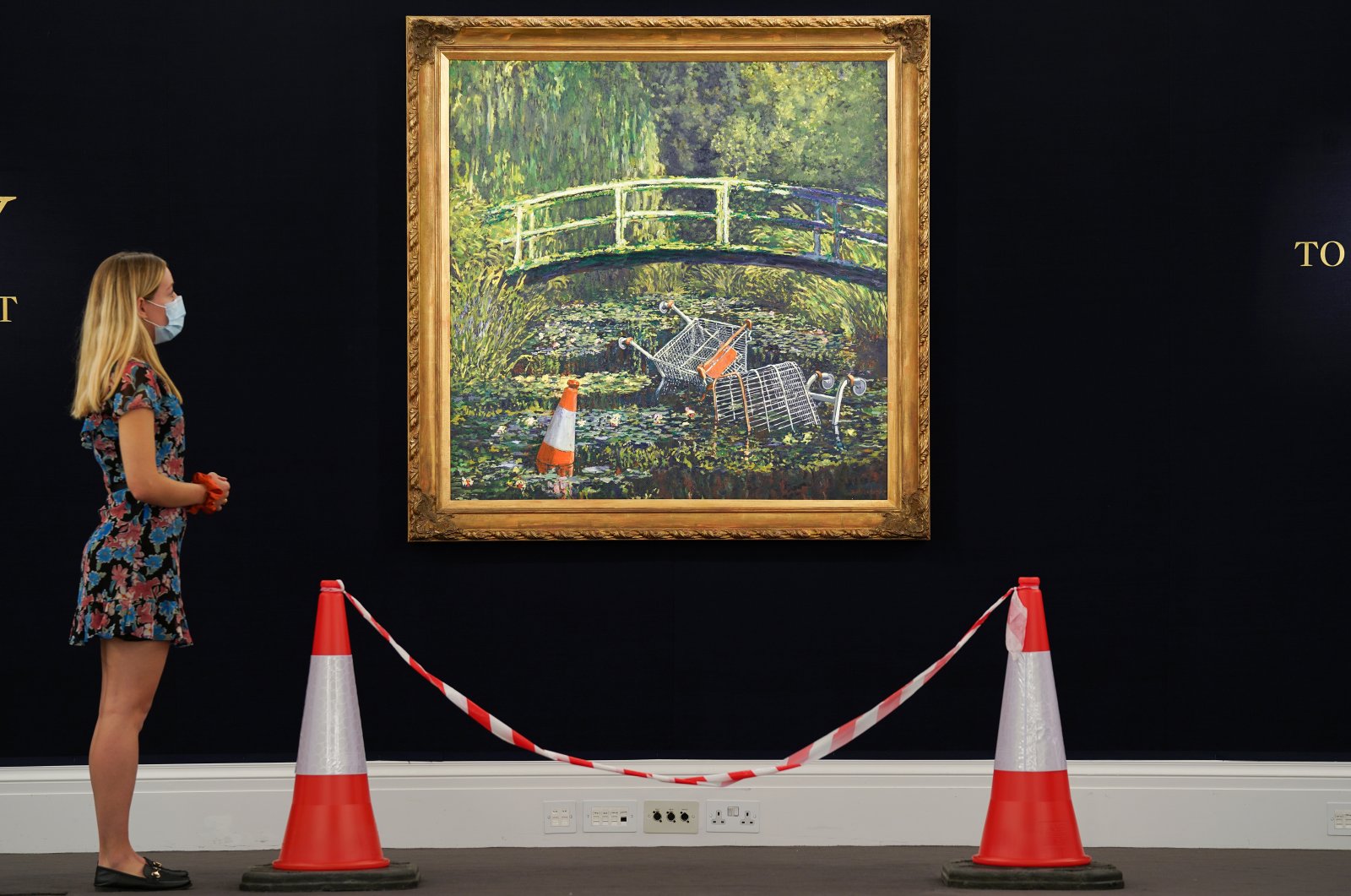 British artist Banksy's "remix" of a masterpiece by impressionist painter Claude Monet is going up for auction on Oct. 21 and is expected to fetch between 3 million and 5 million pounds ($3.8 million to $6.4 million), Sotheby's said Monday.

In "Show me the Monet" from 2005, Banksy used oil on canvas to recreate Monet's famously serene and verdant painting of the wooden footbridge that straddled the French artist's beloved lily pond in his garden at Giverny.

But in Banksy's version, the idyll has turned into a modern-day dumping ground where two abandoned shopping trolleys and an orange traffic cone float in the water.

"Ever prescient as a voice of protest and social dissent, here Banksy shines a light on society's disregard for the environment in favor of the wasteful excesses of consumerism," said Alex Branczik, Sotheby’s European head of contemporary art.

The Bristol-born artist, who keeps his identity a secret, is known for his political and social graffiti work. "Show me the Monet" was part of a series of what Banksy called "remixes" of famous artworks.

"This is a moment when the artist who previously used the streets as his canvas starts taking those celebrated masterpieces of our history and making those same witty, playful incursions into the hallowed territory of the great canon of art history," said Branczik.

In October last year, a large Banksy painting depicting primates sitting in Britain’s Parliament sold for more than $12 million, a record price at auction for a work by the secretive British street artist, according to Sotheby's.

In 2018, another Banksy canvas, "Girl with Balloon," shredded itself in front of shocked onlookers at a Sotheby’s auction just as it was sold.

"Show me the Monet" went on display in Sotheby's New Bond Street galleries in London on Monday for a two-day preview. The auction house said it would then be shown in New York and Hong Kong, before returning to London for the sale.