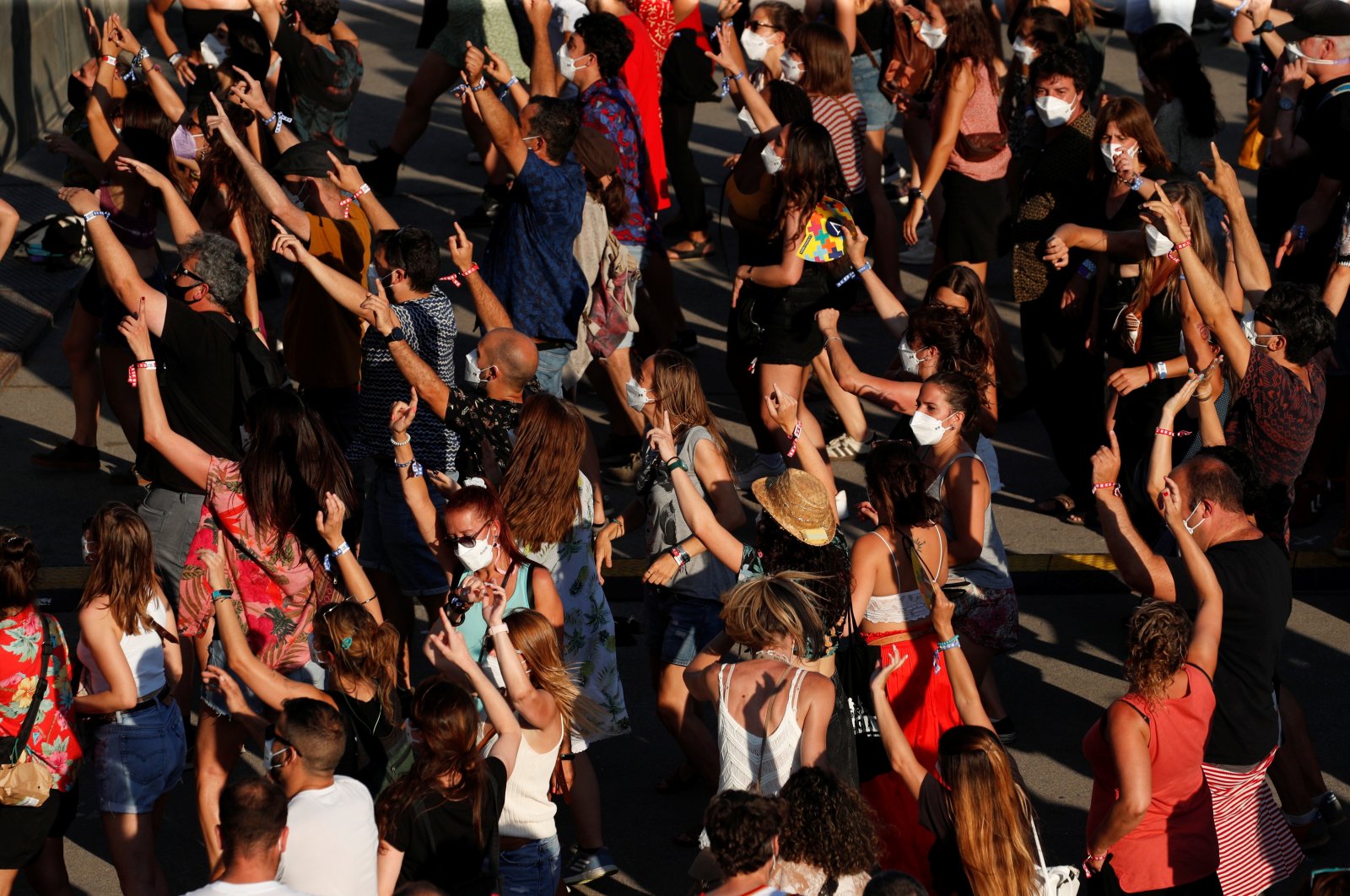 It is a tricky time for music fans around the world nowadays, as with increasing vaccination campaigns and normalization processes the music industry is finally restarting live events. However, the risk of COVID-19 is still fresh in the air. For thousands of people in Barcelona, that was clear in their minds as they attended this year's Cruilla music festival despite a surge in cases.

Up to 18,000 people gathered each day for the open-air event that ran from Thursday to Saturday, according to La Vanguardia newspaper and Europa Press news agency. The festival organizers capped the number of attendees allowed at 25,000 per day.

All participants had to take a rapid test before they could enter the festival, at one of 180 specially set up testing stations.

Drinking and eating directly in front of the stage were banned and masks were required everywhere.

Most of the spectators were enthusiastic but disciplined, festival staff said.

"We don't have to intervene at all, they stick to the rules," said one of the volunteer stewards, according to La Vanguardia.

Some media reports said however that there were people dancing and singing along in front of the stage without social distancing and not always wearing masks.

Spain's seven-day incidence rate of new cases per 100,000 people over a week reached 199 on Friday.

This is just below the level that would force the German government to raise its risk rating for the country, based on its three-tier system.

Nevertheless, on Friday the German government classified Spain as a high-risk area due to the rising infection numbers. This rating means the Foreign Office discourages people from traveling there, but it does not entail any binding restrictions.