Cardi B dominates at BET Awards with 'WAP,' pregnancy 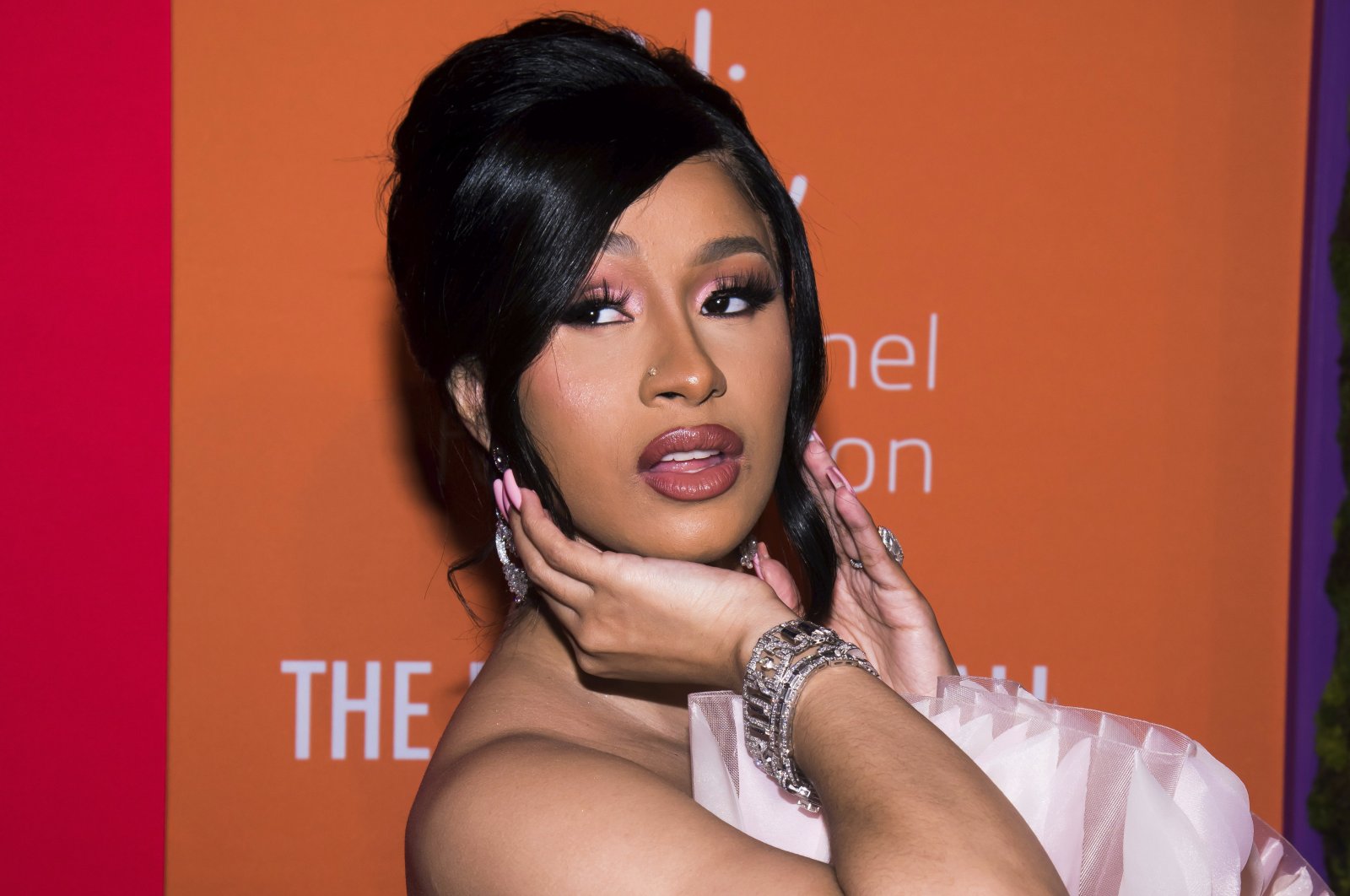 The BET Awards were given out with a live ceremony on Sunday and it was a big night for American rapper and songwriter Cardi B, and her fans, as she dominated the awards show with her song "WAP" and revealed that she was pregnant.

The Grammy-winning star debuted her baby bump during a live performance Sunday alongside husband Offset as well as Quavo and Takeoff of Migos. She also won video of the year for her Megan Thee Stallion-assisted No. 1 hit "WAP."

Cardi B didn't stay to accept the honor at the Microsoft Theater in Los Angeles, but Megan Thee Stallion rushed to the stage to pick up the award, forgetting to thank Cardi during her speech.

But the "Savage" rapper made up for it when she won best female hip-hop artist moments later.

"I really forgot to say 'thank you Cardi' for even putting me on 'WAP' because it makes me feel so good to be acknowledged by one of my peers, who I think so highly of," said Megan Thee Stallion, who was the big winner of the night with four trophies. "I think so highly of all the women who was nominated in this category."

Along with celebrating female artists, the BET Awards also highlighted gay pride with a seductive performance by Lil Nas X and Queen Latifah, who thanked her reported partner and son when she accepted the Lifetime Achievement Award.

Queen Latifah was honored for her illustrious career as a Grammy-winning rapper, a Golden Globe-winning actor and an Emmy-winning TV producer. Rapsody and Monie Love kicked off the tribute with a performance of "Ladies First," which was followed by Lil Kim and MC Lyte rapping the classic "U.N.I.T.Y."

Lil Nas X won over the crowd with his No. 1 hit "Montero (Call Me By Your Name)," which ended with the rapper locking lips with a male background dancer, as the crowd roared loudly. Some audience members jumped out of their seats in praise.

His stage was set in ancient Egypt, much like Michael Jackson's "Remember the Time," which Lil Nas X paid tribute to with a skilled dance break during the performance.

Mothers were also saluted during the three-hour-plus show: Queen Latifah, who attended with her father, held a photo on her mother onstage; Megan Thee Stallion remembered her mother, who died in 2019, during her speech: "She can't be here with me today but I still think about her every day and she is the reason why I keep going." And Jazmine Sullivan – who won album of the year for her critically acclaimed EP "Heaux Tales" – attended the show with her mother, who is battling cancer.

"My mom was diagnosed with breast cancer two years ago so we didn't see any of this happening, but God has been so faithful to us and my mom is in remission," she said. "This is my prize. This is my gift. It means more to me than anything that she's here with me. She supported me all my life."

The ceremony was dedicated to "the year of the black woman," as actor and host Taraji P. Henson put at the top of the show. Rep. Maxine Waters said her signature phrase – "reclaiming my time" – before Sullivan hit the stage for a sultry, top-notch performance featuring fellow R&B singer Ari Lennox.

The first award of the night went to Andra Day, who won best actress, while Darnella Frazier – the teenager who pulled out her cellphone and began recording when she saw George Floyd being pinned to the ground by a police officer – was given the Shine a Light Award.

Frazier didn't attend the awards show, but the honor came weeks after she was awarded a special citation by the Pulitzer Prizes for her video that helped to launch a global movement to protest racial injustice.

H.E.R., who also wowed the audience with her performance, won best female R&B/pop artist. The Grammy winner told the crowd that it is "important for us to recognize each other and celebrate each other."

Rapper Lil Baby won best male hip-hop artist and joined forces with gospel artist Kirk Franklin to kick off the show with a performance that got Issa Rae, Queen Latifah, DJ Khaled and Zendaya bouncing in their seats.