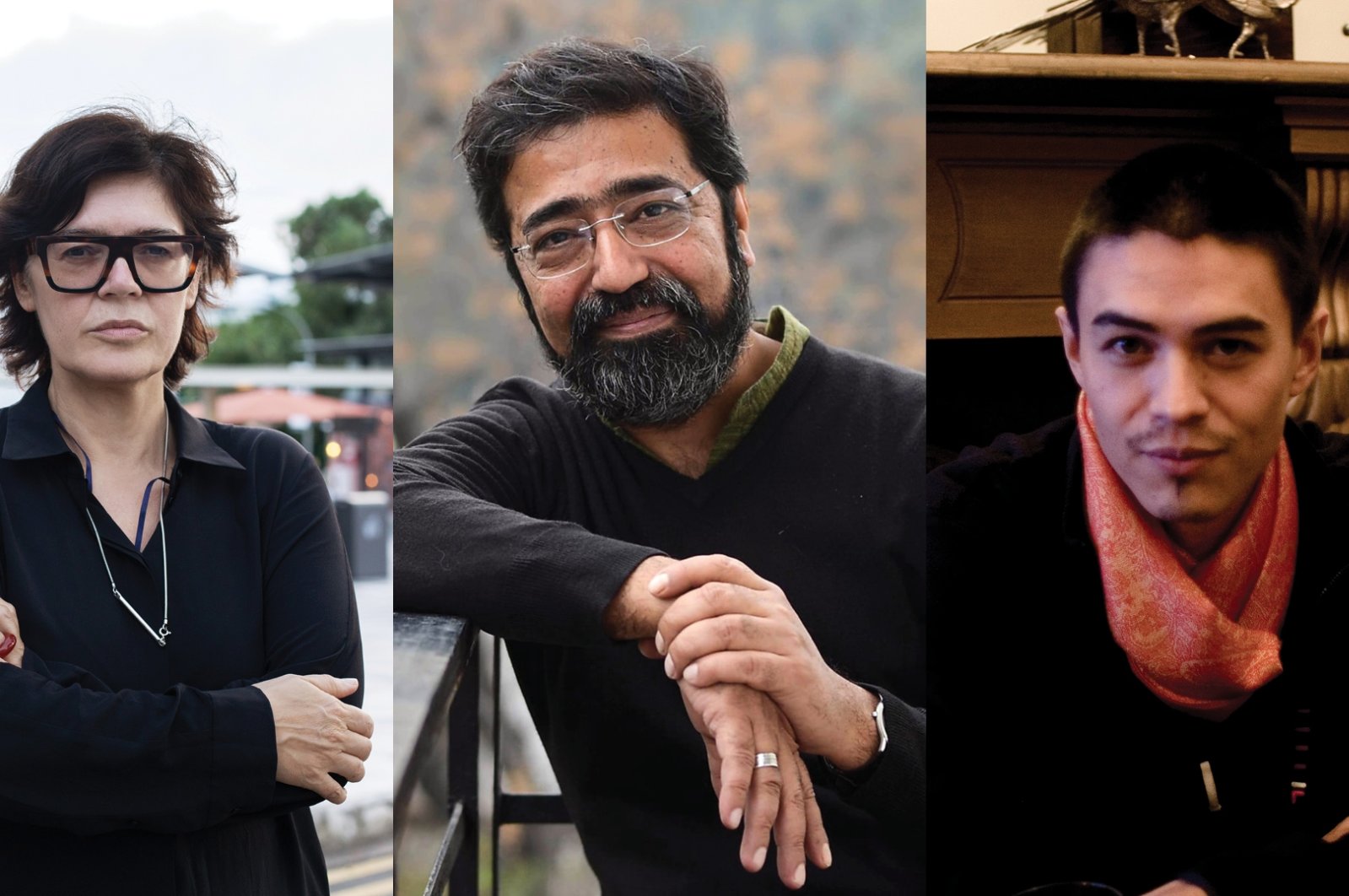 The curators of the 2021 Istanbul Biennial, Ute Meta Bauer, Amar Kanwar and David Teh, are seen from left to right in this photo collage.
by DAILY SABAH Dec 11, 2020 11:49 am
RECOMMENDED

The Istanbul Biennial, organized by the Istanbul Foundation for Culture and Arts (IKSV) under the sponsorship of Koç Holding, will be held for the 17th time from Sept. 11 to Nov. 12 in 2021. The organization will be curated by Ute Meta Bauer, Amar Kanwar and David Teh.

The team shared their first thoughts upon the announcement of their curatorship, giving a glimpse of their vision for the event. “Rather than a great tree, laden with sweet, ripe fruit, this biennial seeks to learn from the birds’ flight, from the once-teeming seas, from the earth’s slow chemistry of renewal and nourishment. There may be no great gathering, no long-planned coming together at one time and place; instead, it might be a great dispersal, an invisible fermentation. It may begin before it is to begin and continue well after it is over," their statement reads.

Bauer is a curator known for her artistic work in other disciplines such as film, video and sound exhibitions. She has been a professor at the School of Art, Design and Media at Nanyang Technological University since 2013 and is also the founding director of the Singapore Centre for Contemporary Art (CCA-NTU). She directed the Third Berlin Biennial as the curator in 2004. She was also the co-curator of the 11th version of Documenta, a contemporary art exhibition, alongside Okwui Enwezor.

Kanwar is an Indian artist whose films and installations based on stories from regions of conflict and infused with social and political themes reflect his personal language that has taken him years to develop. Once a history student at the University of Delhi, Kanwar has recently exhibited his works at institutions such as Assam State Museum in India, Frac des Pays de la Loire gallery in France, Bildmuseet museum in Sweden, Tate Modern in the U.K. and Thyssen-Bornemisza National Museum in Spain. The New Delhi-born artist still lives in his hometown.

The final curator is the Singapore based Australian curator Teh. He studied art history and theory and is currently an assistant professor at the National University of Singapore. His expertise lies in the field of Southeast Asian modern and contemporary art. Among his curatorial projects are the “Unreal Asia” exhibition as part of the 55th Internationale Kurzfilmtage Oberhausen (The International Short Film Festival Oberhausen), the “Misfits: Pages from a Loose-leaf Modernity” exhibition in the Haus der Kulturen der Welt Berlin and the “Returns” exhibit as part of the 12th Gwangju Biennial.

Details of the 17th Istanbul Biennial will be announced in 2021.