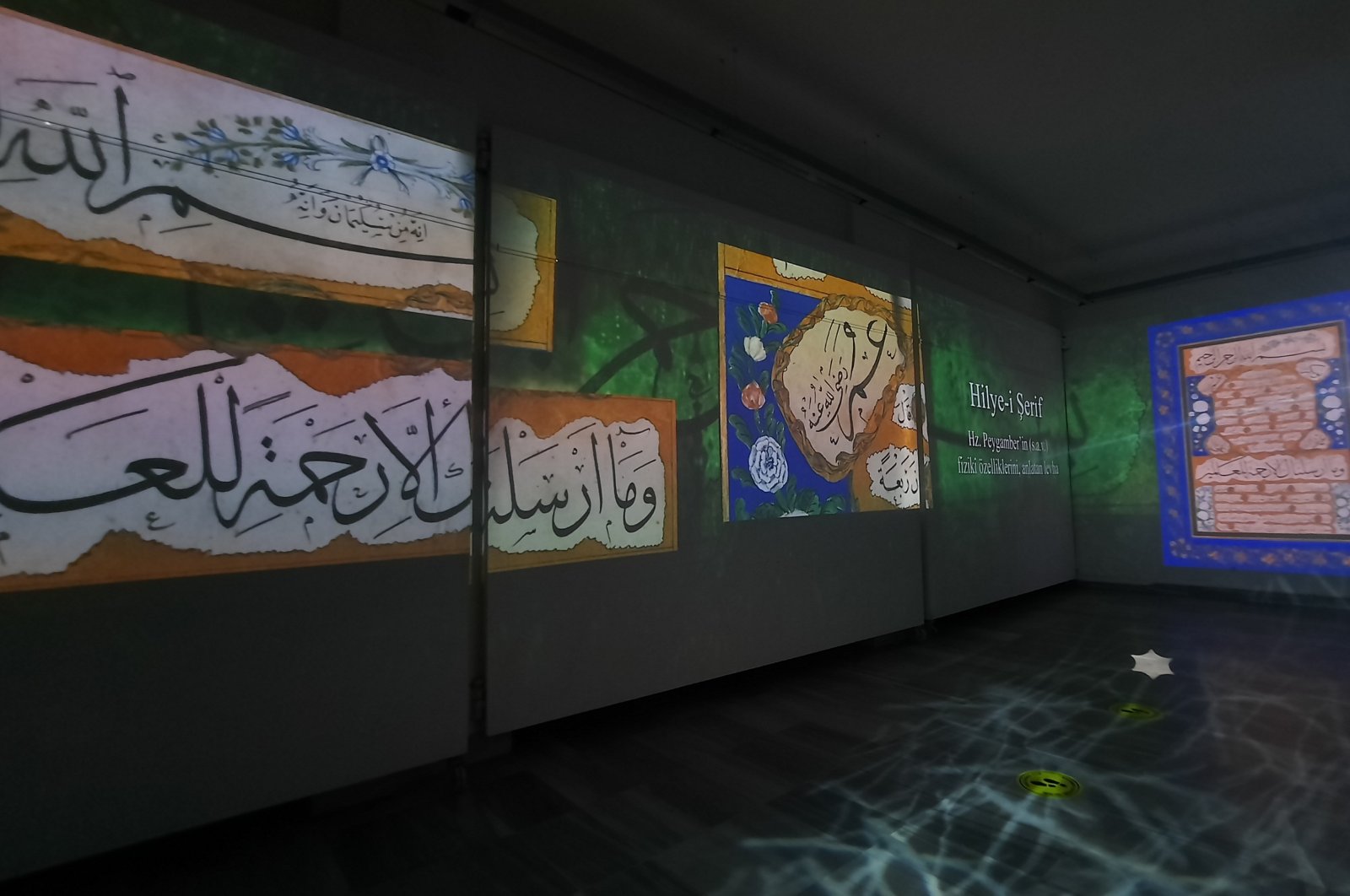 Turkey's Presidential Communications Directorate is hosting a digital exhibition to commemorate Kazasker (chief judge) Mustafa Izzet Efendi, one of the greatest calligraphers of the Ottoman Empire.

"Kazasker Mustafa Izzet Digital Exhibition," a part of the 360 Culture and Art project at Marmara University's Sultanahmet Campus, can be visited from 10 a.m. to 4 p.m. on weekdays until Dec. 31, 2020.

The exhibition uses special projectors and 3D holograms to showcase the life and works of Kazasker Mustafa Izzet Efendi, a pioneer in the art of thuluth and naskh script calligraphy.

He added that the directorate's latest exhibition highlights Kazasker Mustafa Izzet Efendi, who's calligraphy inscriptions are featured around the world from 7.5-meter (24.6 feet) plates in the Hagia Sophia Grand Mosque to the Ottoman epigraph on the Washington Monument.

Referring to the works of Kazasker Mustafa Izzet Efendi, Onat noted: "We have brought together art lovers with an exhibition featuring nearly 60 of his works. We have used map technology, hologram and digital systems at the maximum level. In addition to the visual richness, we will also have the opportunity to listen to the verses from Mustafa Izzet Efendi's na’ats (poetry in praise of Prophet Muhammad)."

The calligraphy on the gates to Istanbul University is also Mustafa Izzet Efendi's work, Onat noted, adding that many computer fonts are inspired by his penmanship. "So, we felt the need to bring together this artistic performance of Mustafa İzzet Efendi with all our people," he said.

Visitors will have their temperature checked on arrival, must wear a mask and adhere to social distancing protocols due to the coronavirus.

Born in Tosya, Kastamonu in 1801, Kazasker Mustafa Izzet Efendi is one of the most prominent representatives of calligraphy whose works have transcended national borders. He inscribed 11 mushafs (written copy of the Quran), more than 250 hilyas (decorative art) and muraqqas (an album of Islamic miniature paintings and examples of Islamic calligraphy) over the course of his life, earning a reputation as one of the most respected figures in Ottoman art.

The twin plates and Surah an-Nur, the 24th chapter of the Quran with 64 verses, which he inscribed on the dome of the Hagia Sophia Grand Mosque during its restoration in 1848, are among his most important works.