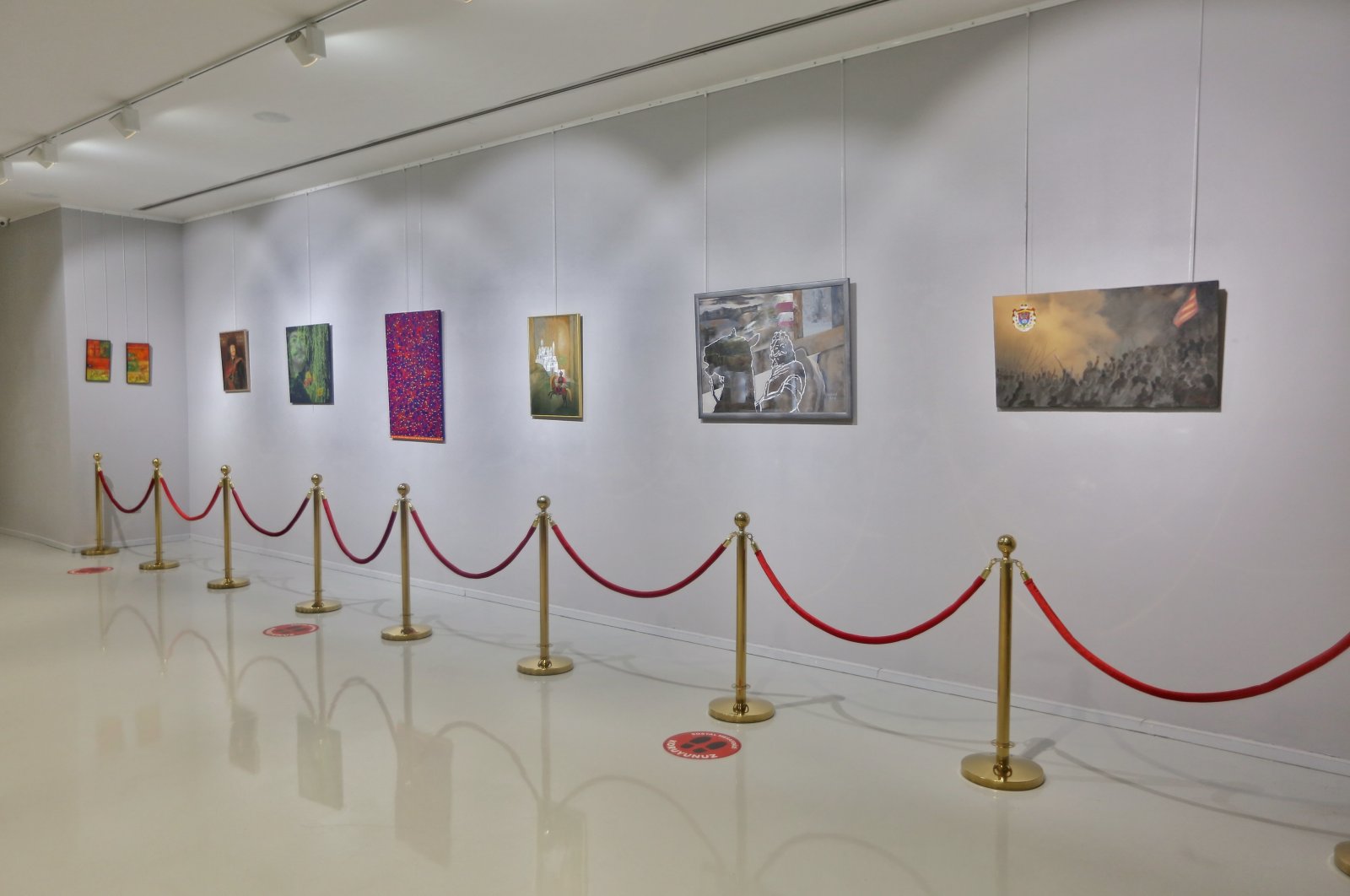 A view from the "A Hungarian Prince in Istanbul: Contemporary Encounters with Ferenc Rakoczi II" exhibition.
by Anadolu Agency Oct 16, 2020 1:18 pm
RECOMMENDED

The exhibition titled "A Hungarian Prince in Istanbul: Contemporary Encounters with Ferenc Rakoczi II" is being held at Taksim Sanat Gallery on Oct. 14-20 in collaboration with the Hungarian Cultural Center. The exhibition, which was previously displayed in several countries, offers a beautiful selection of artwork in its Istanbul edition.

The Hungarian government declared 2019 the Rakoczi Memorial Year, to mark the 315th anniversary of his election as the prince of Transylvania, located in today's Romania. After his unsuccessful struggle for Hungarian

freedom against the Austrian army, Rakoczi II took refuge in the Ottoman Empire, spending the rest of his life in exile in Tekirdağ, today in northwestern Turkey. Passing away in the Ottoman lands, the Hungarian prince was buried in the chapel of the Saint Benoit French High School in Istanbul. The prince laid the foundations of the modern Hungarian nation, and the exhibition focuses on the theme of the prince's devotion to his homeland.