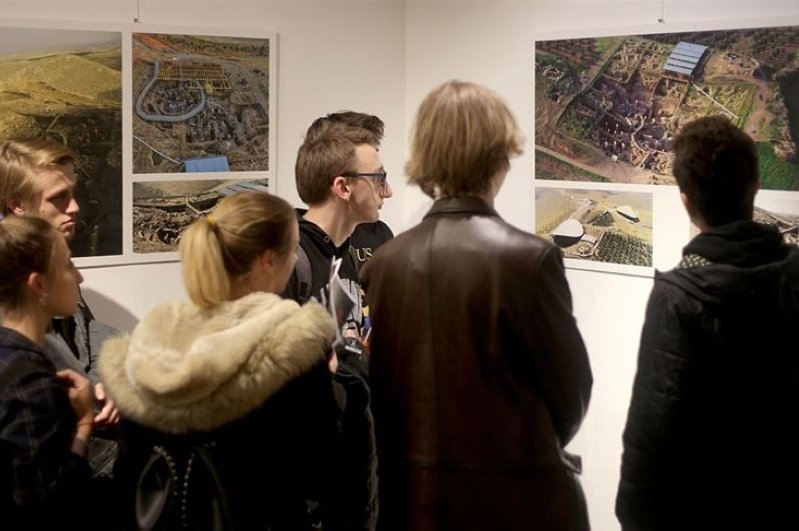 Speaking at the inauguration, Shkodra YEE Director Zafer Kıyıcı said the real value of Göbeklitepe was revealed during the excavations that started in 1994. It came to light that this historical site was a cultural center dating back 12,000 years. Since Göbeklitepe remained untouched for 12,000 years, it revealed important archaeological finds, Kıyıcı stated. “The scientific data about Göbeklitepe proved that archaeological studies require a re-evaluation of the relevant institutional framework dating back to the Neolithic period. Göbeklitepe is seen to be a unique sanctuary for the Neolithic period due to its location, dimensions, dating and monumentality of its structures,” he said.

The exhibition opened on the occasion of Göbeklitepe's first year on the UNESCO World Heritage List. It will be open to visitors at the Shkodra YEE exhibition hall until March 6. The show, which was on display in various places like Belgrade before, is aimed at promoting Göbeklitepe in Albania.