Explore dynamics of canvas with art of Jale Çelik 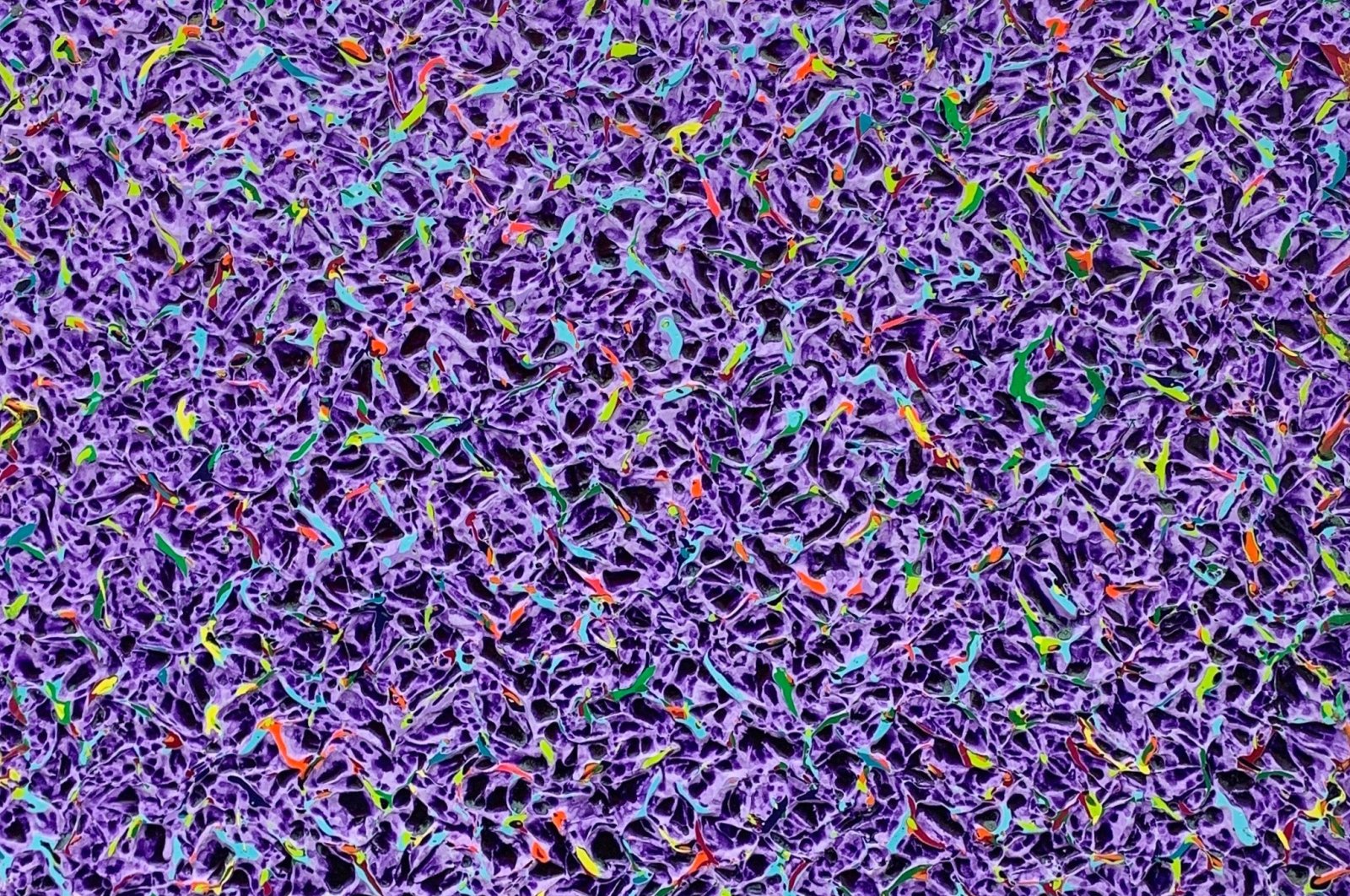 With her brand-new technique, Jale Çelik uses the power of colors to turn her canvas into a dynamic element in her 'KENDİ' show

In the history of modern Turkish painting, many groundbreaking figures have left a mark with their style and oeuvre. To set an example, 19th century Ottoman intellectual Osman Hamdi Bey, who sent paintings to major exhibitions in European capitals after his art education in Paris, brought a fresh take to Turkish painting with his monumental sized figure works. Although the artist’s figured scenes have stylistic similarities with the works of western orientalist painters of the period, his orientalism differs from Western painters as an approach. The paintings of Osman Hamdi Bey do not include elements such as violence and eroticism, which sometimes appear as a powerful element of expression in orientalist works. Instead, some figures in Ottoman clothing are shown in an eastern place surrounded by eastern objects.

After Osman Hamdi Bey, contemporary trends emphasizing figures started to appear gradually in Turkey. The 1914 generation artists gave a place to madrasahs, mosques and inns with animal figures along with some human figures in their work. Hüseyin Avni Lifij, one of the members of this group, is another impressive painter with his authentic style. His paintings covered a large range of genres such as self-portraits, pochades and compositions with figures and landscapes, which reflect the characteristics of the 1914 generation. He captured the Western realist painting aspect and made it appropriate for the Ottoman painting chronology.

In the later period, some independent artists impressed by various trends like Fauvism and Cubism opened the way of contemporary style in Turkey. Group D came together around the certain aesthetics of these new trends and defended it in Turkey. Firstly represented by renowned painter Abidin Dino, the group presented effective figures like Fahrunnisa Zeid and Burhan Doğançay to the art world in the later period. Dino, Zeid and Doğançay are also among the painters who have become auteurs in the art of painting with their original techniques. For example, Doğançay is especially known for his iconic paintings depicting various forms of ribbons.

In the latest modern period of Turkish paintings, some artists still continue to bring novelties to their field. Jale Çelik, who opened the “KENDİ” (“SELF”) exhibition recently at Istanbul’s Canvas Art Investments, is one of these reformist figures.

Çelik, in her awe-inspiring work, offers the audience a different visual experience by combining eye-catching background colors. Known for her exclusive painting technique, she uses color stains that are independent of each other but still manage to be in the same pattern.

Jale Çelik creates layers on the canvas by hiding one color with another, then freely scraping them with knife strokes, making the canvas an object offering a dynamic three-dimensional image. She does not use any materials other than paint in these canvases which are in three dimensions with a colorist style. She transforms the paint she uses into a new painting element with much effort.

The technique that the artist used was first invented by Çelik, according to art consultants who attended the artist’s shows abroad. Çelik said that one of the consultants who approved this was Belgian curator Willy Van den Bussche.

Speaking on Çelik’s painting, art critic professor Hasan Bülent Kahraman also said that her style is a distilled essence of the great adventure of art. He stated: “Jale Çelik directly interferes with the canvas with a knife. While cutting the second layer spread over the previous layer of color with a knife, she radically interferes with the distance between the canvas and the painting the same way. In a sense, she refers to the action painting and constructs a type of it. In other words, her intervention is not limited only to color, but is carried on by the transformation of the canvas into an object.”

“The clipped, twisted, broken image elements on Çelik's canvas, which, when looked at from a distance, remind of a stain of color, are not figures. But they still bring a figure movement to the canvas. Çelik covers one color with another. The canvas is thus not limited to the full-empty dilemma. The fact that one color covers the other in a way that transcends it both re-reveals that truth and also makes an extremely specific experience of one color hiding under the other,” he continued.

Born and raised in the capital Ankara, Çelik said she has always thought that words have colors. Noting that even names that she heard turned into colors for her in childhood, the artist said: “This perception in my early ages has become the way that I perceive life in the later period.” Indeed, this perception is what has driven her to color her feelings and discover a very new technique to express herself.

Creating large-scale works generally, the artist has had many exhibitions both at home and abroad and produced works dominated by the concept of infinity. Her works also can be seen at the Istanbul Museum of Painting and Sculpture. To see her using the power of color for art enthusiasts one more time, Çelik is hosted by Canvas Art Investments with her newest show “KENDİ” until March 27.

In this exhibit, she displays how she keeps the color under control, not limiting the picture to colors alone, but transforming the narrative into an object rather than telling it through figures. You can visit “KENDİ” every day, except for Sunday, from 11 a.m. to 7 p.m to witness yourself how she plays with the dynamics of painting.