Famous portrait of Mehmed the Conqueror goes on sale in London 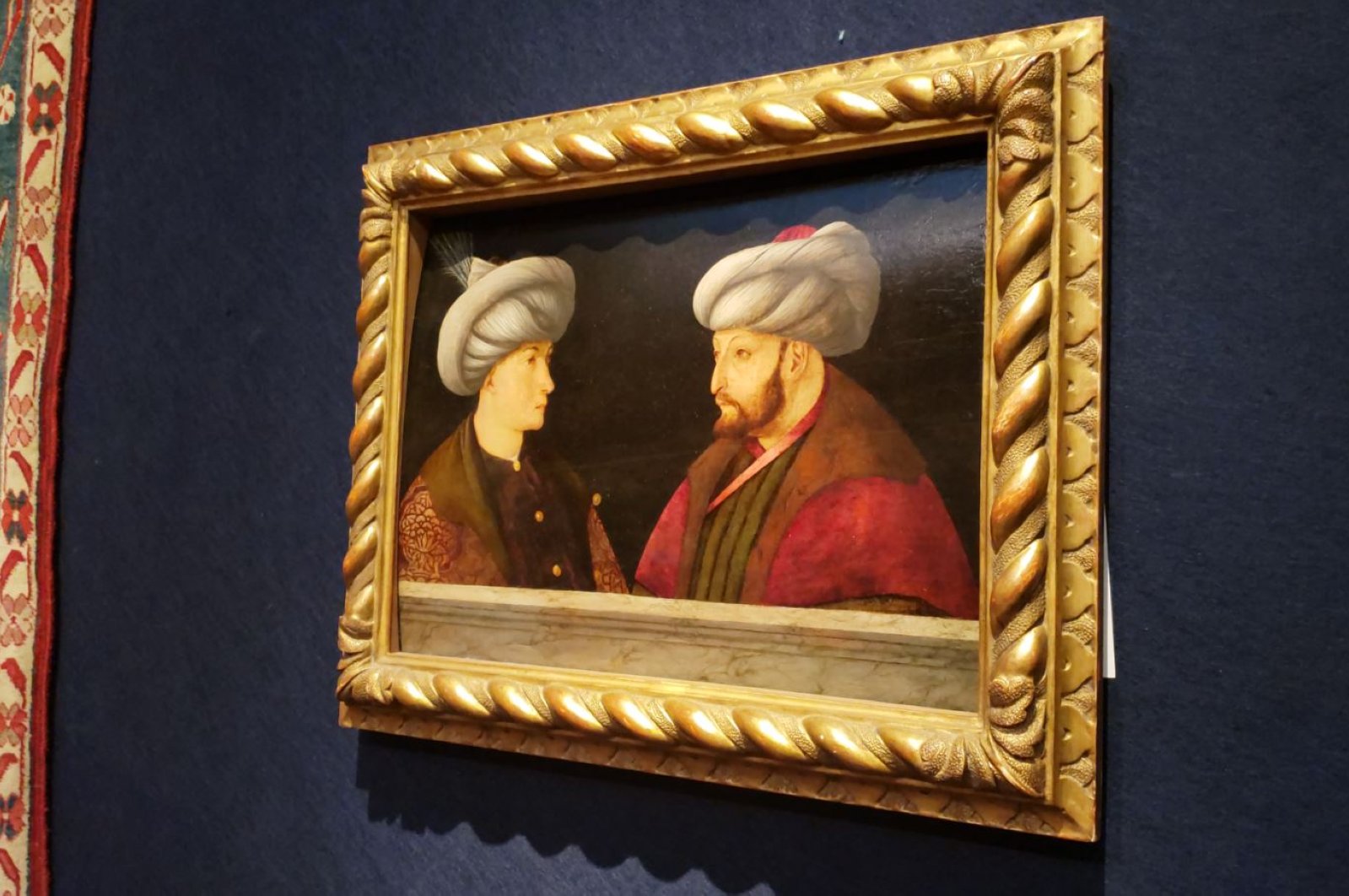 London's world-famous auction house, Christie's, is putting up on sale an original portrait of Ottoman Sultan Mehmed II, also known as Mehmed the Conqueror, on June 25.

The painting is one of the three surviving portraits of Mehmed II. The others are part of the London National Gallery’s permanent collection.

The portrait of Mehmed the Conqueror, the most influential sultan of the Ottoman Empire, was made by Italian painter Gentile Bellini in 1480.

Sara Plumbly, head of the Islamic and Indian Art Department at Christie's, said the portrait is one of the most important pieces in the collection that will open the auction hall since it was closed two months ago due to the coronavirus (COVID-19) outbreak.

“This painting is one of the three portraits of Sultan Mehmed, who conquered Istanbul, which was made in his own time or near that period. They are owned by private collectors and have survived to the present day. This is a particularly unusual portrait. We see another figure next to the sultan. We still do not know who this person is. This person is said to be one of his three sons, but the little age gap between the two does not quite confirm this theory. Another view is that this person could be European because of his shaven face and white complexion," Plumbly told Demirören News Agency (DHA).

"It is also unusual for the other person to be portrayed in the same dimension as the sultan within the framework of Ottoman etiquette."

"Mehmed the Conqueror is known for his appreciation of arts. He had similar portraits made of himself. However, we do not know where they are. This portrait is one of the rare paintings that has survived to this day. We are very excited to be auctioning off a piece like this. We estimate it will go on sale at 460,000 pounds at least. We are very happy to exhibit this latest model, which is in a private collection,"

Mehmed the Conqueror, known for his interest in the Renaissance period, invited Italian painter Gentile Bellini (1429-1507) to Istanbul in 1479 and asked him to paint portraits of various people in the palace to be sure of Bellini's talent before allowing him to paint his portrait.

The date Nov. 25, 1480, is written in Latin in the lower right corner of the painting of Mehmed the Conqueror, It is considered one of the most important works by Venetian painter Bellini, who stayed in Istanbul until 1481.