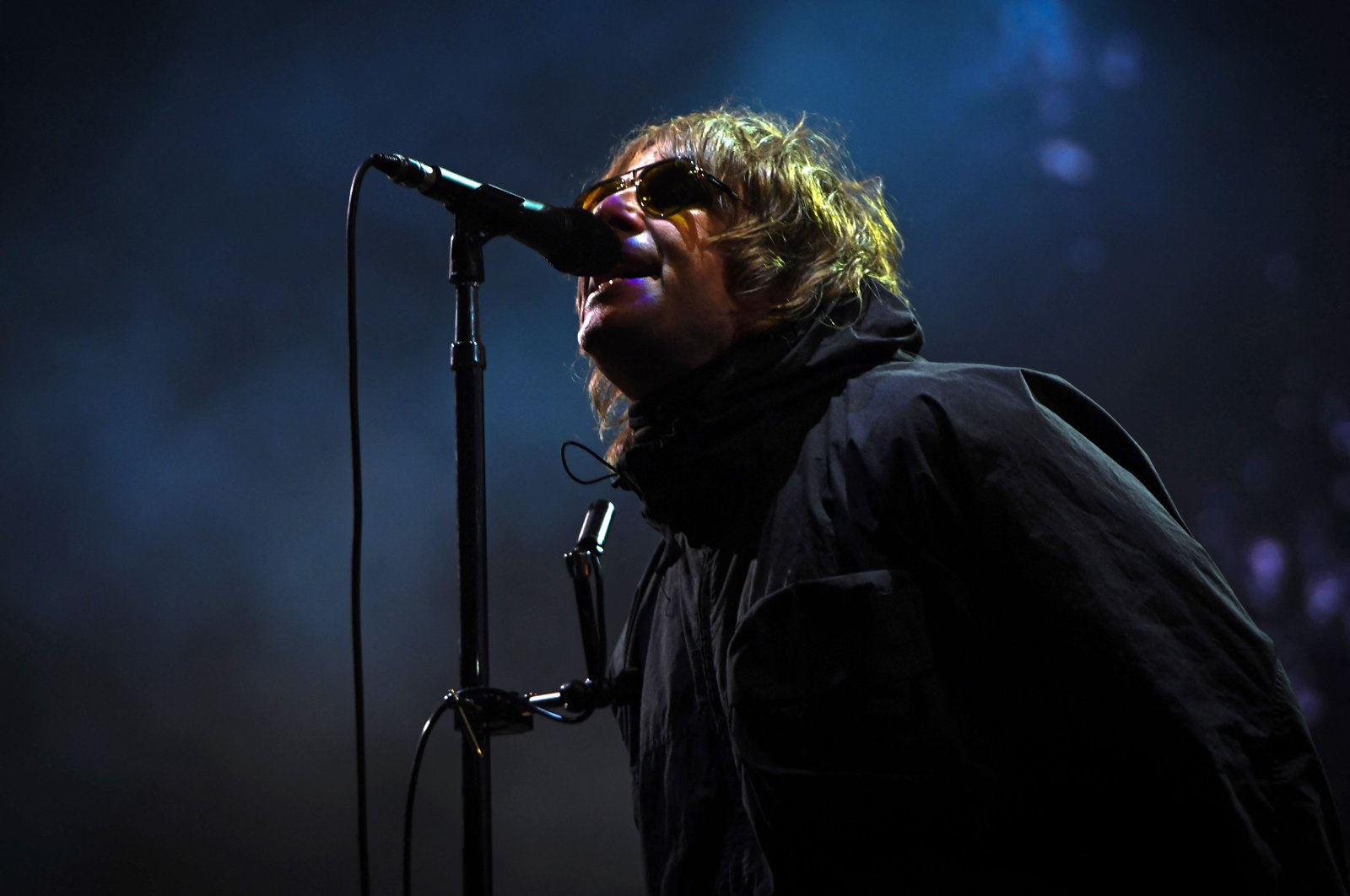 Liam Gallagher headlines the main stage during the TRNSMT Festival on Glasgow Green in the center of Glasgow, Scotland on Sept. 11, 2021. (AFP Photo)
by REUTERS
Oct 03, 2021 3:27 pm

English rock band Oasis livened up the U.K’s Knebworth Park with two historic concerts for 250,000 listeners some 25 years ago. The band’s former lead singer Liam Gallagher will grace the stage at the park once again to the delight of his fans, this time with a solo performance.

The 49-year-old, who also announced a new album release, will perform next June at Knebworth Park in Hertfordshire, north of London, with singer Michael Kiwanuka and bands Kasabian, Goat Girl and Fat White Family opening the stage.

Gallagher used to front Oasis with his brother Noel. The band, known for hits like "Wonderwall" and "Don't Look Back in Anger," played two shows at Knebworth Park in 1996, gigs that were revisited in a documentary last month marking their 25th anniversary.

"Oasis Knebworth 1996" recalled how the concerts, described by online music site NME as "an era-defining gig that will live forever," sold out in under a day with around 2% of the British population trying to get tickets. Oasis, who formed in Manchester in 1991, were riding high at the height of 1990s Britpop fame following the release of their first two albums "Definitely Maybe" and "(What's the Story) Morning Glory?," which topped the U.K. charts.

Liam and Noel's well-publicized feuds led the band to split in 2009.

"I'm absolutely buzzing to announce that on 4th June 2022 I'll be playing Knebworth Park. It's gonna be biblical," Gallagher said in a statement, which described the upcoming gig as "the biggest show of Liam's solo career to date."

Gallagher performed at music festivals this summer including the Reading and Leeds twin events.

He will release his third solo album, "C’MON YOU KNOW," in late May.