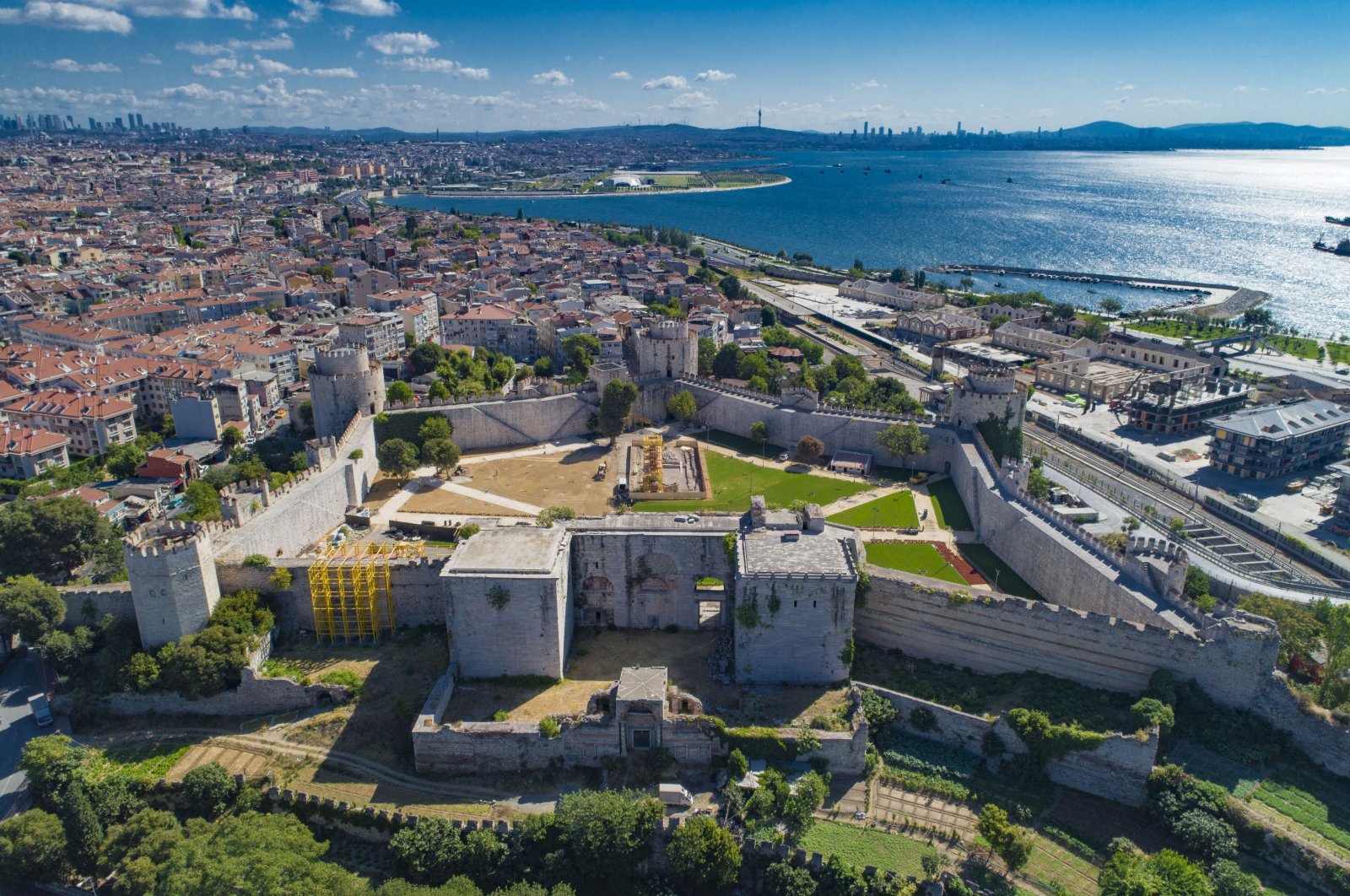 One of Turkey's and the world's oldest open-air museums, Istanbul's Yedikule Fortress, meaning "Fortress of the Seven Towers," is preparing to welcome visitors again following a comprehensive restoration. The fortress, which has borne witness to many eras of Istanbul, is undergoing a restoration process and will showcase many of the stories of the historical city.

Having defended many civilizations, from the Byzantine Empire to the Ottoman Empire, Yedikule Fortress, located in the Yedikule neighborhood, is being restored by Fatih Municipality. As the restoration progresses, the fortress will gradually be opened to visitors.

The structure, which will house various art events including music concerts after the completion of the restoration, is expected to contribute to the economy of Turkey and the region and make Istanbul one of the world's most popular cultural hubs.

The fortress will host national and international exhibitions in its art gallery, and there will be a museum telling the stories of important figures such as Roman Emperor Theodosius I, Sultan Mehmed II, also known as Mehmed the Conqueror, and Sultan Osman II, also known as Osman the Young.

With the restoration, the historical building will return to its former glory in accordance with its original form. Communication efforts will also be carried out during and after the restoration to make Yedikule Fortress a symbol of Istanbul's cultural heritage, and the city's rich history will be explored by Turkish visitors and tourists alike.

“Particularly due to its significance, Yedikule Fortress is a structure that attracts the attention of historians, history lovers and those who are interested in history. It is one of the points where the Ottoman and Byzantine periods meet in a cultural sense after the conquest of Istanbul," he said.

"We can say that it is one of the rare structures in the world that contains a multi-layered historical, cultural and architectural accumulation," Turan said, noting that the site will boost the tourism potential of Fatih, Istanbul and Turkey through its events, exhibitions and museum exhibits.

"This project is considered a high-level restoration and refunctionalization project by international standards. Delicate examples of restoration such as Doria Castle in Italy, Haapsalu Castle in Estonia, Villers Abbey in Belgium, Coracera Castle in Spain and Astley Castle in the U.K. have become a guiding light for the high standards of the Yedikule Fortress project," he said.

Speaking to the unique properties of the fortress, Turan said: “Yedikule Fortress is a landmark monument with its Golden Gate, which dates back to the fifth century, the land walls built in the time of Theodosius II and the inner castle and towers built after the conquest."

The construction of Yedikule Fortress began in the fifth century in an attempt to protect the city during the Eastern Roman Empire period. Three out of the seven towers, which the fortress was named after, were built in the Byzantine period and the remaining four in the Ottoman period. Yedikule Fortress has been used for different purposes throughout history since the Byzantine period.

The structure, consisting of Byzantine-era land walls and the prominent Golden Gate and Ottoman-era towers and walls, is one of the most magnificent monuments of the city's multicultural heritage. Although Yedikule Fortress is mostly referred to as a dungeon, the purpose of its construction was to welcome foreign kings and foreign dignitaries with a magnificent entrance gate.