History for posterity: Archive museum to be opened in Hakkari's Meydan Madrasah 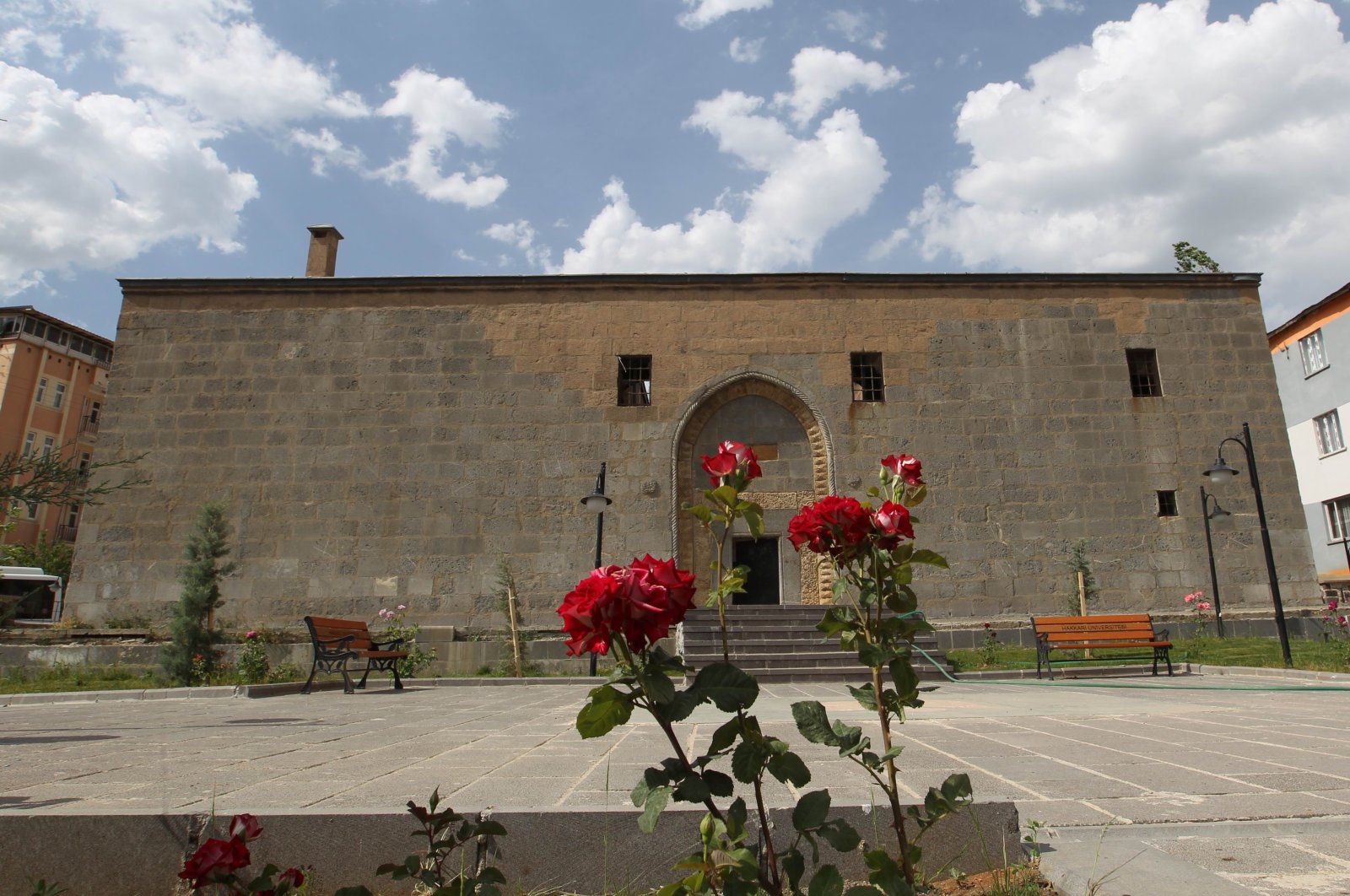 Meydan Madrasah is one of the landmarks of Hakkari. (AA PHOTO)
by Anadolu Agency Jun 15, 2020 12:57 pm
Edited By Irem Yaşar
RECOMMENDED

The centuries of history linked to Turkey's southeastern Hakkari province will be preserved for future generations and introduced to local and foreign tourists through the City Archive Museum to be created in Meydan Madrasah, one of the landmarks of the city.

Hakkari University continues its efforts to make the Meydan Madrasah – built between 1700-1701 – a touristic site. In this context, the university has launched Hakkari's Tourism Center Meydan Madrasah Project, supported by the Eastern Anatolia Development Agency (DAKA), and completed the restoration and landscaping of the madrasah in the Biçer neighborhood the previous year.

After the completion of the works, the madrasah opened for visitors and started hosting various cultural events. Also, an initiative has been launched to open the City Archive Museum in the madrasah.

The museum, which will include wax sculptures and figures depicting Hakkari’s culture and the madrasah, aims to both preserve the historical accumulation of the city for future generations and invigorate tourism.

Murat Adıyaman, a lecturer at Hakkari University and project coordinator, told Anadolu Agency (AA) that they carried out the restoration and landscaping work of the madrasah within the scope of the first phase of the project.

Indicating that they have started the second phase of the project, which is expected to make a significant contribution to tourism in the city, Adıyaman said: “In this phase, a book cafe, working area, city library and ethnographic museum will open. It is well known that currently there are no museums in our province. The Hakkari City Archive and the Ethnography Museum to be established in Meydan Madrasah will fulfill our need for a museum. It is something we have been lacking for a long time.”

Adıyaman emphasized that Hakkari has a history that dates back centuries and that they are making efforts to pass it on to future generations before it is forgotten. Underlining that this deep cultural history will be passed on to future generations through the museum, Adıyaman noted: “In the museum, all works belonging to Hakkari and its scholars and Ottoman archival documents will be made available for researchers and students. Inside, wax sculptures and symbolic figures related to the city’s culture and the madrasah will be on display.”