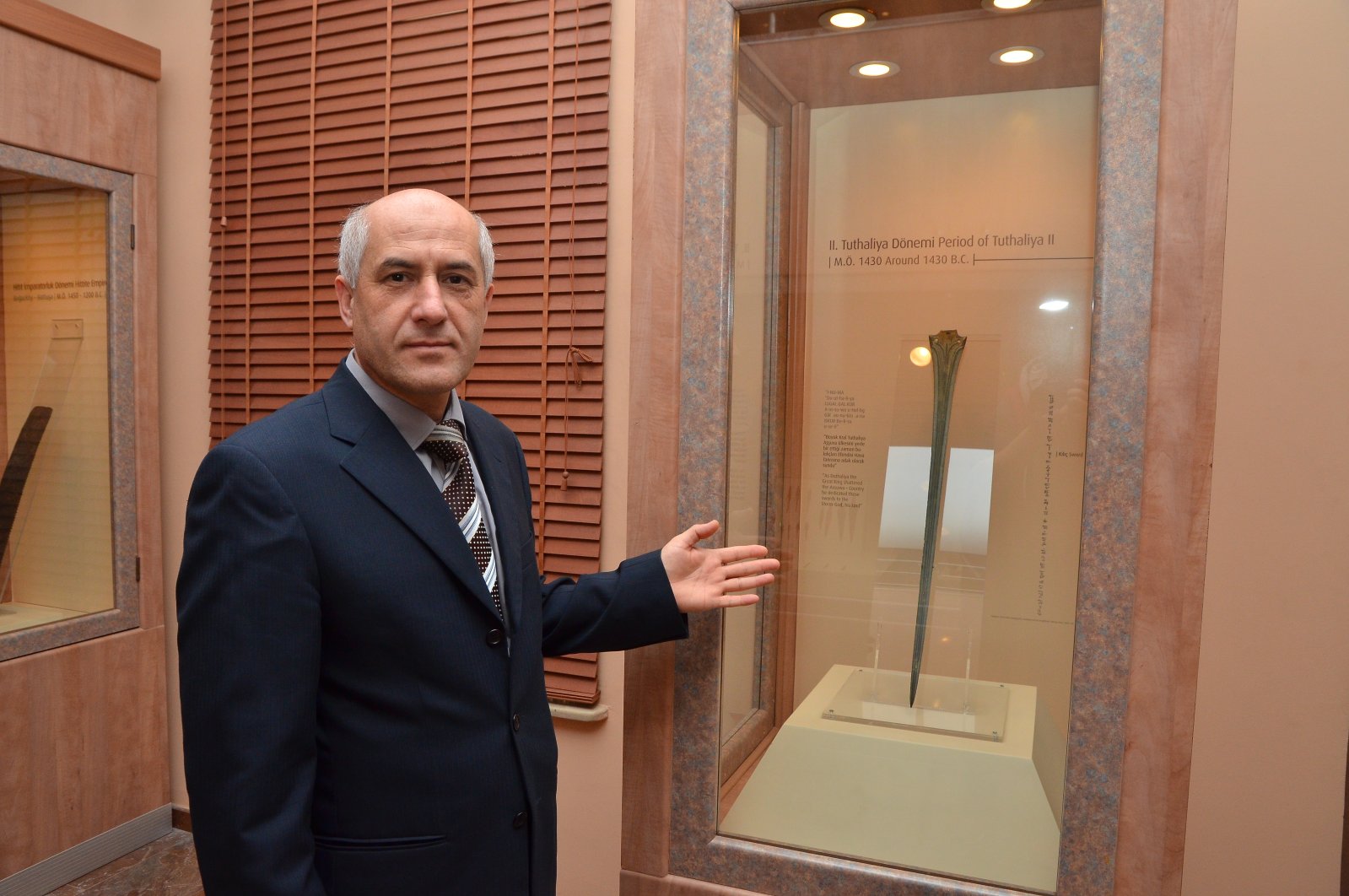 The bronze sword belonging to Hittite King Tudhaliya, found during road work in 1991 in the Boğazkale district of central Çorum province, which was home to Hattusa, the capital of the Hittites, will be displayed at Istanbul Airport Museum.

Istanbul Airport Museum was established at Istanbul Airport under a protocol signed between the Ministry of Culture and Tourism and the IGA, which is expected to host 90 million passengers annually. The museum aims to introduce Turkey's historical value to more people through the temporary displays brought in from various parts of Anatolia.

The exhibition "Treasures of Turkey: Faces of the Throne" will be held at Istanbul Airport Museum this year and will include the 3,200-year-old bronze sword.

The Hittite sword, weighing 680 grams and measuring 79 centimeters in length, has been on display in a special section of the Çorum Museum since 1991.

Speaking to Anadolu Agency (AA), Çorum Culture and Tourism Manager Sümeyra Şengül said that the sword was sent to Istanbul with a special team.

Emphasizing that the sword created excitement in the world of archaeology when it was unearthed, Şengül noted: “The sword was offered to God as a sacrifice by the Hittite king at that time. On the left edge of the sword is cuneiform writing. It says ‘When the Great King Tudhaliya razed the land of Assuwa, he offered this sword as a vow to his Lord, the god of storm.’”

The sword was made with a casting technique of hard bronze. She pointed out that the hilt is missing as it was likely made of bone or wood.

According to her, the sword was previously displayed at several exhibitions including – “People with a Thousand Gods, Hittites” in Berlin in 2000, “Three Great Empires in Turkey: Hittite, Byzantine and Ottoman” in Japan in 2003, “Raw Material Supply and Trade in The Mediterranean Region During the Bronze Age” in Bochum, Germany in 2006 and “Beyond Babylon: Art, Commerce and Diplomacy in the 2nd Millennium B.C.” in New York City in 2009. It will remain at Istanbul Airport Museum over the next year.

Şengül noted that besides the Hittite sword, seven seal prints belonging to Hittite kings from Çorum will also be included in the exhibition.