How art world adapts to global pandemic concept during COVID-19 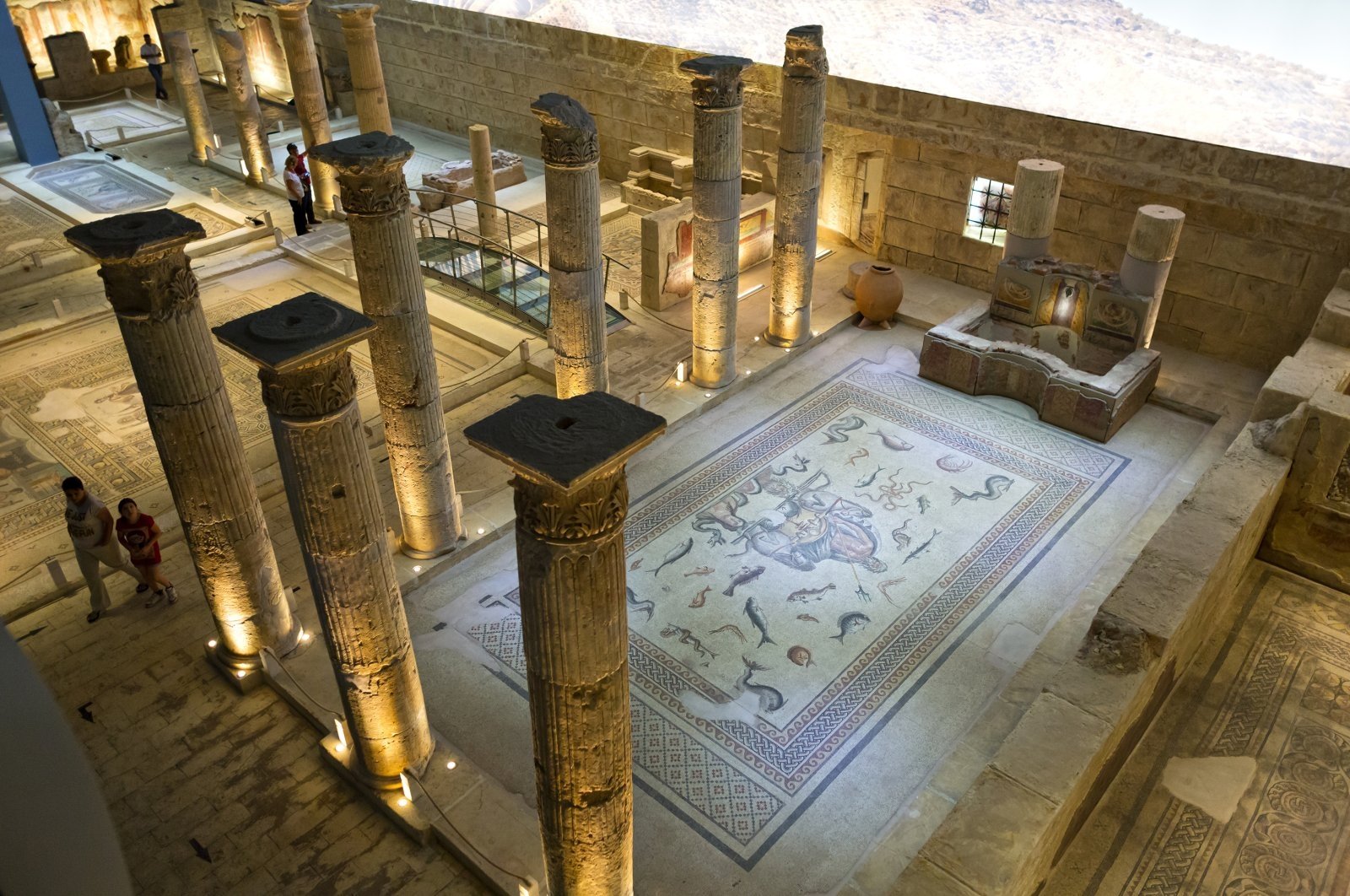 Zeugma Mosaic Museum in Gaziantep can be visited on the virtual museum platform launched by the Culture and Tourism Ministry. (Shutterstock Photo)
by DAILY SABAH WITH AGENCIES Dec 31, 2020 11:18 am
RECOMMENDED

On the mechanics of pedagogy: Aslı Seven curates Saint Joseph

The pandemic has hit the arts and cultural events world harder than many other industries. Theaters, museums, art fairs, orchestras and exhibitions all had to close their doors. The most significant blow was to live, in-person events including concerts and festivals, with millions of jobs affected. Even television has had to suspend production. As the pandemic and the related restrictions dragged on without an end in sight, events, organizations and studios had to come up with new and innovative solutions to reach their audiences that were locked in their homes. The answer came in the form of online platforms.

Nearly all of the museums and cultural or art events in 2020 have moved their displays online. New digital platforms have been built in an effort to provide comfort and ease of access to the public who spent most of the year in isolation. The vast majority of them provided the content free of charge, which has increased the interest of audiences.

Google provided major assistance to events and museums worldwide and became one of the most popular platforms for art enthusiasts with their digital Arts & Culture project. It made many museums and galleries, or major parts of them, available to visit online across the globe with Sydney Biennale being the first international arts festival to become entirely virtually accessible in March. Notable inclusions in Google’s platform have been London’s British Museum, New York’s Metropolitan Museum and Berlin’s Pergamonmuseum. Turkish museums and contemporary art exhibitions have also been added to Google’s platform including, Pera Museum, Sakıp Sabancı Museum, Istanbul Modern, Borusan Contemporary and SALT gallery.

Orchestras and concerts had to be canceled or suspended indefinitely due to the pandemic, so many organizations and individual artists turned to providing online activities. Musicians and singers began to offer performances from their homes via their personal social media accounts. Live streaming became a popular tool for artists. Then, virtual concerts started to appear online. The largest one of these was the “One World: Together At Home” concert in April, organized by Global Citizen, an international movement, and the World Health Organization (WHO). The concert lasted eight hours and featured several popular and famous artists and bands including Lady Gaga, Paul McCartney, Elton John, the Rolling Stones and Jennifer Lopez.

Turkish singers have provided art and entertainment for their audiences from their social media accounts as well. These included artists like singers Cem Adrian, Murat Kekilli, Nükhet Duru, Derya and Dilek Türkan and pianist Gülsin Onay. Violin virtuoso Cihat Aşkın announced that he would be giving five-minute mini-concerts every evening. The Department of Communication also organized a special virtual event that featured dozens of artists.

The release schedule of movies, as well as their production, throughout 2020 had to be altered as well. As theaters lowered their curtains, many movies were delayed several times, some of them even getting postponed more than a year to the second half of 2021.

There were no new releases from major studios for the entire summer until September, as countries relaxed their restrictions and theaters could reopen their doors. Audiences' darling director Christopher Nolan’s “Tenet” was the first new big-budget Hollywood film to be shown in cinemas once they reopened, and its lackluster box office performance forced studios to delay their other big productions further down the line to 2021.

Meanwhile, the already popular streaming services saw a surge in interest from audiences as people converged on digital platforms for entertainment while in lockdown. Most notably Netflix, Disney and Amazon provided the majority of the public cinema at home. One of the most interesting and massive moves came from one of the biggest studios. Warner Bros announced in December that their entire 2021 release slate would premier on their streaming platform HBO Max. The 17-film list includes “The Matrix 4,” Denis Villeneuve’s “Dune” remake, “The Suicide Squad,” Denzel Washington’s thriller “The Little Things,” “Godzilla vs. Kong,” Angelina Jolie’s “Those Who Wish Me Dead,” “The Conjuring: The Devil Made Me Do It,” “Space Jam: A New Legacy,” “Reminiscence” with Hugh Jackman, James Wan’s “Malignant” and Will Smith’s “King Richard.”

On the mechanics of pedagogy: Aslı Seven curates Saint Joseph