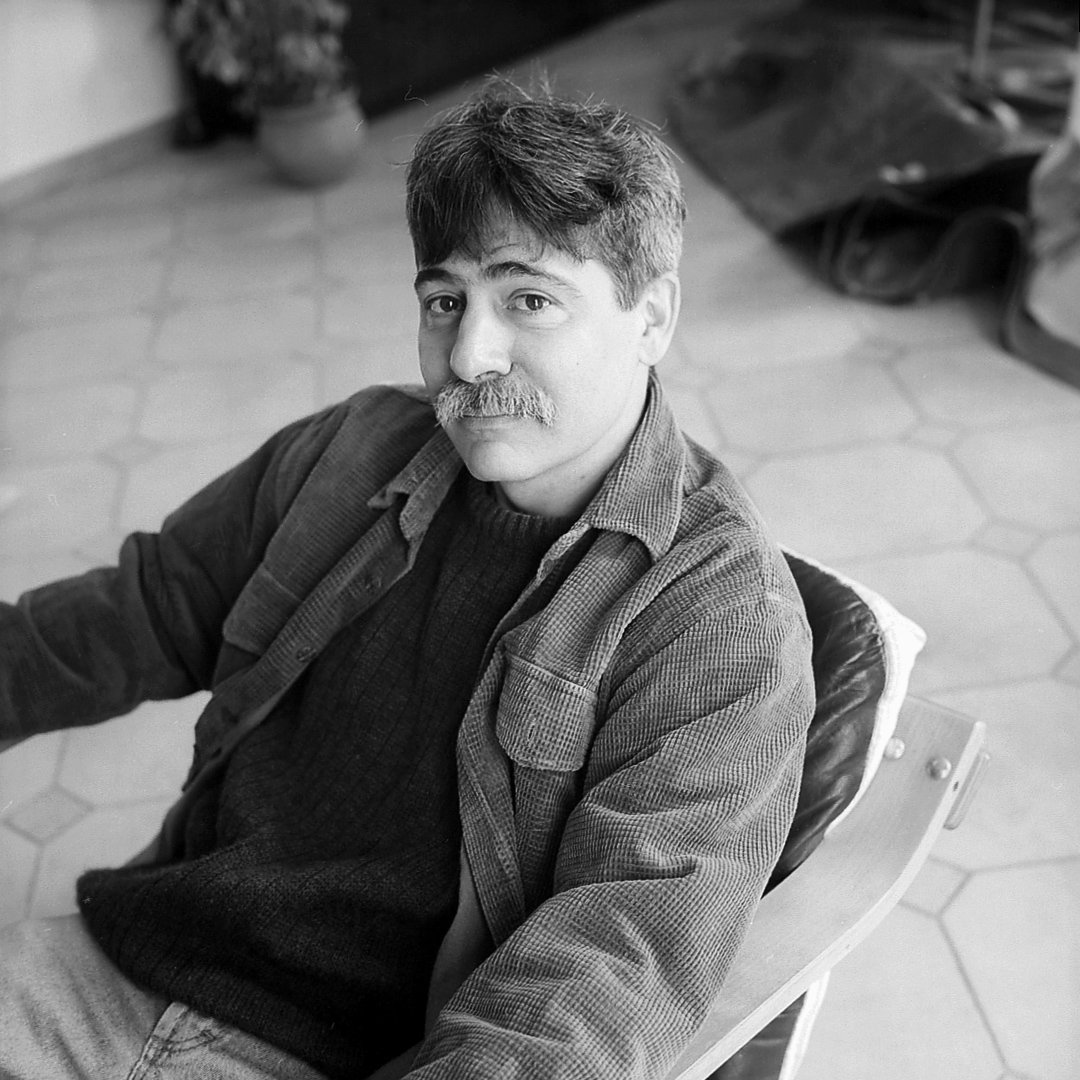 Istvan Orosz is a versatile artist with an interest in graphic design and animation film directing. (Courtesy of Hungarian Cultural Center)
by DAILY SABAH Apr 15, 2021 10:48 am
RECOMMENDED

The Hungarian Cultural Center in Istanbul is currently hosting a solo exhibition by world-famous Hungarian artist Istvan Orosz titled "Paradoxonometry." The show brings together the latest works in Orosz's series of "impossible architectures," "walls" and "wooden objects," which were influenced by geometric perceptions and can be visited until May 28.

Curated by art historian Kemal Orta, the exhibition mainly features the recent works and a comprehensive collection of wooden objects by the versatile artist who is also a painter, graphic designer and animation film director. The title of the show is a combination of the words “paradox” and “axonometry.” Axonometry, which is a procedure in graphic design, is generally used to show points in space on the plane with a right-angled coordinate system. Orosz transforms this method into a visual illusion with paradoxical expression and entertaining compositions in his works. The artist questions the absoluteness of visual perception and the error caused by form through the optical illusions he integrates into his compositions.

“Paradoxonometry” can be visited in the Hungarian Cultural Center in line with COVID-19 health measures. For those who cannot visit the center, the show is accessible online on the center's virtual gallery. Before Orosz's spellbinding exhibition, the Hungarian Cultural Center hosted "Hungary and After” by Nevres Akın – one of the most famous figures in Turkish Contemporary Art – and “Hungarian Designs in Turkey, the Unrealized Projects of Hungarian Architects from the Late Ottoman to Early Republican Turkey,” featuring the unrealized projects of Hungarian architects in Turkey. The very first show of the center’s virtual gallery was “Music of Light,” which was focused on works of light art and brought together an important selection of contemporary Hungarian artists who gave meaning to the concept of “music of light” in the 20th century.

Orosz was a student of Hungarian inventor, architect and professor of architecture Erno Rubik during his university years. The artist won awards with his films and has artwork on display in important museums and institutions, including New York’s Museum of Modern Art (MOMA), the Tate in the U.K. and the Victoria & Albert Museum in London. The artist retired from the University of West Hungary in 2016 and was awarded the title of Professor Emeritus. Orosz continues his artistic pursuits at his workshop in the Hungarian capital Budapest.