‘Hungary and After’ opens in Hungarian Cultural Center in Istanbul 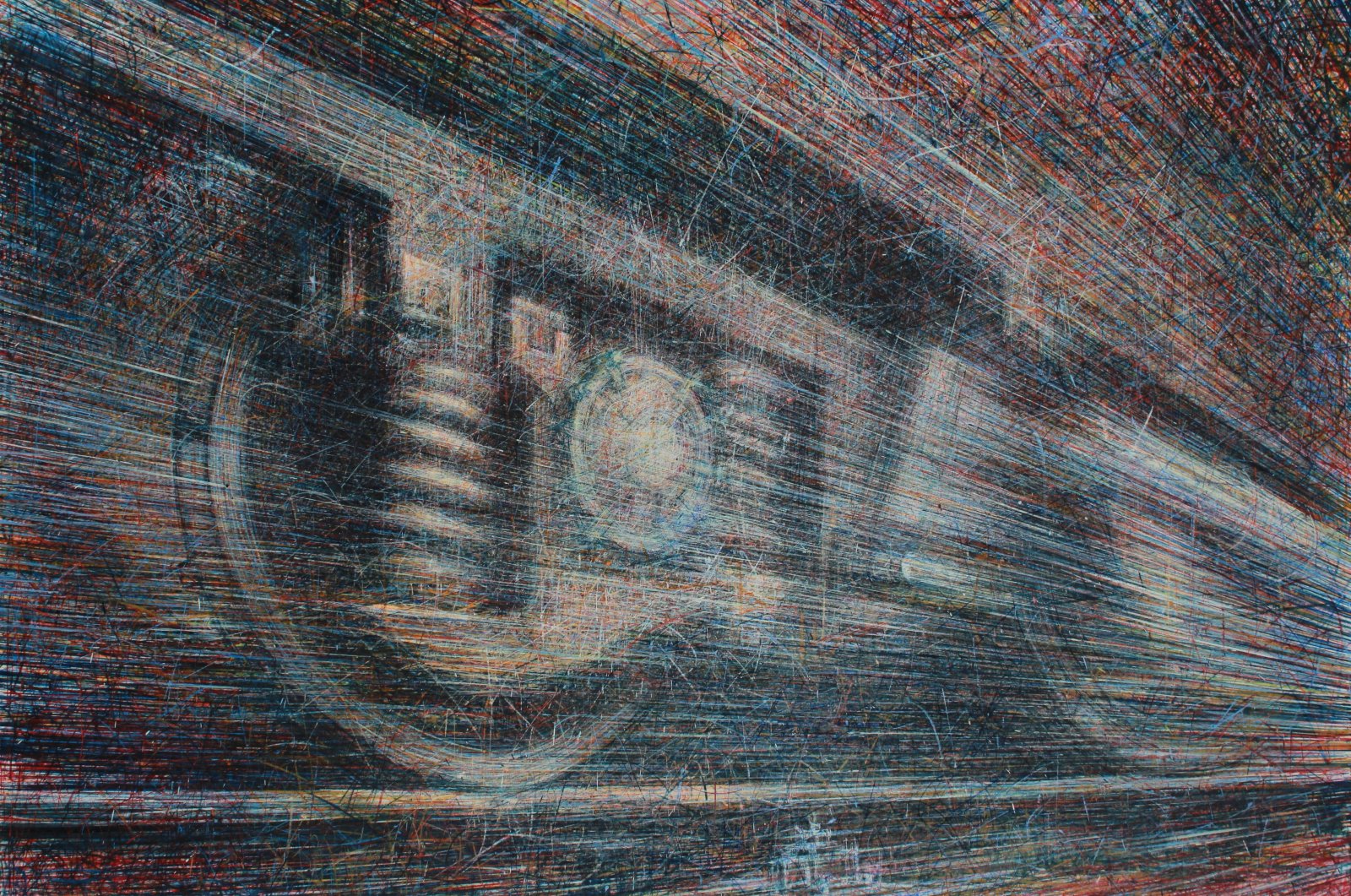 The Hungarian Cultural Center in Istanbul is hosting an exhibition by Nevres Akın, one of the most famous figures in Turkish Contemporary Art.

Comprising of works produced by Akın in the last one and a half years, "Hungary and After" will be on display until Dec. 31.

The exhibition, which sheds light on the recent life of the artist, is curated by Kemal Orta. It presents Akın's different perception of reality inspired by positive sciences.

Akın's artistic approach embraces positivism with the technique he created based on the string theory, which combines Albert Einstein's theory of relativity with quantum mechanics. Making a name for himself with his technique, the artist reveals a different perception of the cosmos in his works.

Akın moved his workshop to Hungary for more than a month in the summer of 2019 upon the invitation of the Szentendre Artists' Colony, one of Europe's oldest and well-established artist colonies, and worked in different cities, but particularly in Budapest.

Reflecting on his experience in Hungary in the latest exhibit, he portrays landscapes from different regions of the country in his oil paintings. The familiar wheels, trains, rails and stations are depicted with strings and the different spatial connections of those strings are attached to each other in these works. They point to the industrial revolution and the thought system based on the positive sciences the revolution brought along.

The exhibit is sponsored by the EU-Turkey Intercultural Dialogue, run by the Yunus Emre Institute (YEE).