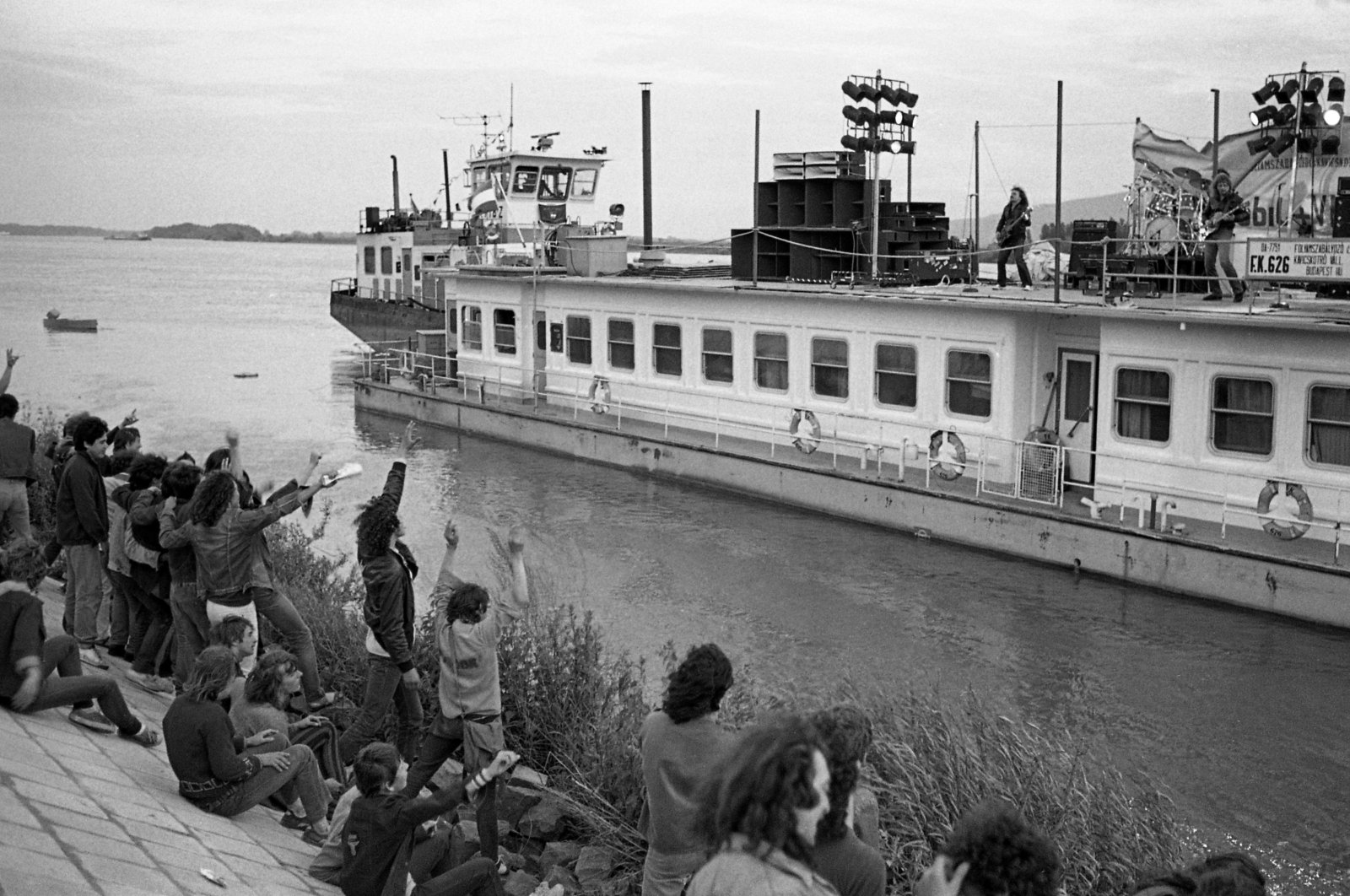 This old photo showing people listening to a concert by the Danube river is one of the photos on display at the exhibition. (Courtesy of Hungarian Cultural Center)
by DAILY SABAH Jul 07, 2020 11:50 am
Edited By Irem Yaşar
RECOMMENDED

The Hungarian Cultural Center in Istanbul’s Kağıthane district opened the photo exhibition, "The Danube – The River Flowing with History" online on Tuesday on its social media accounts. The exhibition can also be visited in person starting Wednesday at the center. The necessary precautions for COVID-19 will be followed, and a maximum of 10 visitors will be allowed in the hall at a time.

The exhibition, which is part of the Danube's "Waves Project," sponsored by the EU-Turkey Intercultural Dialogue program, shows the events, fun moments and painful times of the last 100 years on the banks of the Danube with more than 80 analog photographs selected from the Fortepan Photography Archive.

Istvan Viragvolgyi, the curator of the Budapest Robert Capa Center for Contemporary Photograph, curated the photo exhibition. “We often liken the river to time; just as we see the river and the water in it change constantly, likewise, even though we live in the present time, the moments flow constantly, but we cannot keep them," Viragvolgyi said. "Photography can reinforce both time and water forever.”

The Fortepan Photography Archive, from which the photographs in the exhibition were taken, was established in 2010 with 5,000 photographs as an archive that collected photographs taken before 1990, especially personal ones. Ten years later, this ever-growing collection has reached 130,000 photographs. Anyone can download any photo in the digital archive, which functions on a voluntary basis, at any resolution and use it in any way they wish, as long as they provide attribution. The archive is a true source of social information, made available to the public by the public itself.

The Fortepan Photography Archive actually derives its name from Hungary's most popular negative film raw material. Most of the photos on display here were probably taken using this negative film. These films were produced between 1932 and 2007 in the city of Vac, 30 kilometers (19 miles) north of Budapest. The water of the Danube was used during production, so the photographs here are connected with the Danube river in multiple senses and were reunited with it. The archive is also connected to Istanbul with Fortepan film, which is still used by photographers in the Sirkeci quarter.