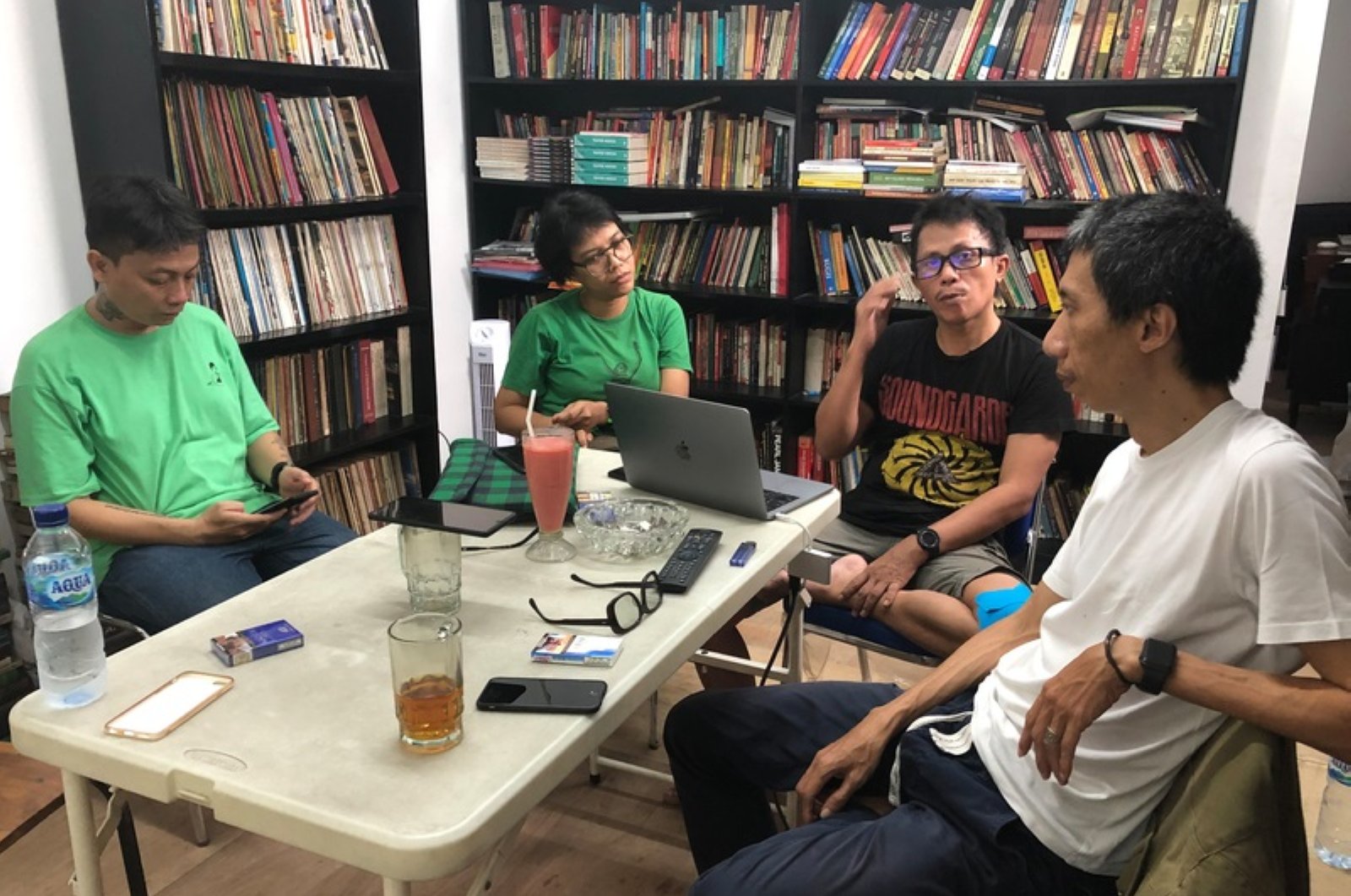 When the Indonesian artist collective Ruangrupa was invited to apply for the prestigious role of curating "Documenta," a German art fair held every five years, they knew little about the sprawling exhibition. In 2019, Ruangrupa was announced as the artistic director of the 15th edition of Documenta, to be held in Kassel in 2022, for 100 days from June through September.

This is the first time a collective has been selected to direct "Documenta," and the first time that an Asian group has taken on the role of curator. Until now, with only one exception, the curators of "Documenta" came from Europe or the U.S.

Now, under the leadership of Ruangrupa, the focus will shift away from Europe. The prospect is a novelty for the artists too. "How much did we know the 'Documenta'? Nothing. 'Documenta' is a huge institution, but we had never been there," says Reza Afisina, one of Ruangrupa's 10 core members. "We knew it existed but we had never really thought much about it," he told German Press Agency (dpa) at the group's small, book-lined office in southern Jakarta. Reza said Ruangrupa – whose name means a space for art – is seeking to apply its collective approach to the exhibition. "Collectivism is in our DNA, and it's how we work," he said.

When "Documenta" was founded in 1955, its aim was to reconcile German public life with international modernity after the period of the Nazi dictatorship. In 2022, though, Ruangrupa plans to focus on healing today’s "injuries" rooted in colonialism and economic exploitation, said Iswanto Hartono, another member of the collective. "We intend to tackle various contemporary issues including fascism, racism and economic inequality in our approach," Iswanto told dpa.

He said the group is also not planning to focus on big projects but seeks to engage people who are not usually interested in art. The last edition of the Documenta was also experimental, held in two cities, Kassel and Athens, but this proved controversial and expensive, generating debts of 7.6 million euros ($8.4 million). "We would like to put together small resources and gather them in one place so that everyone can access them," Iswanto said. "Our approach, which focuses on sustainability and inclusivity, will be different from the previous editions," he added.

In its practice so far, Ruangrupa has worked on a far smaller scale, but the team is aware of the high expectations of the international art community, Reza said. "We have survived 20 years with little to no outside funding by working with other collective groups. This in itself is an achievement," Reza said.

"We are optimistic that the next edition of Documenta will be a success," he said. "Our optimism is grounded (in) what we have done over the past two decades."

Established in 2000, Ruangrupa has been involved in numerous art projects, from exhibitions to festivals and workshops, at home and abroad. In 2016, Ruangrupa curated the Sonsbeek art exhibition in Arnhem in the Netherlands. It has also participated in two editions of the Gwangju Biennale, the Istanbul Biennale, the Singapore Biennale, the Sao Paulo Biennial and Cosmopolis at the Centre Pompidou in Paris.

In 2018, Ruangrupa cofounded a contemporary art collective and ecosystem study center called Gudskul in Jakarta. The group's wide-ranging interests span the Indonesian underground music of the 1970s to the history of sugar, its website says.

In Kassel, the group wants to leave a lasting impression. "We want to have a relationship with artist collectives there and take part in artistic, social and intellectual engagements," Iswanto said. "We don't want to land there like aliens." Iswanto likes Kassel, he said, because it is very quiet, unlike the traffic-clogged Jakarta, with 30 million people living in its greater urban area. "For us who are used to the hustle and bustle of Jakarta, it's a fascinating place," he said.