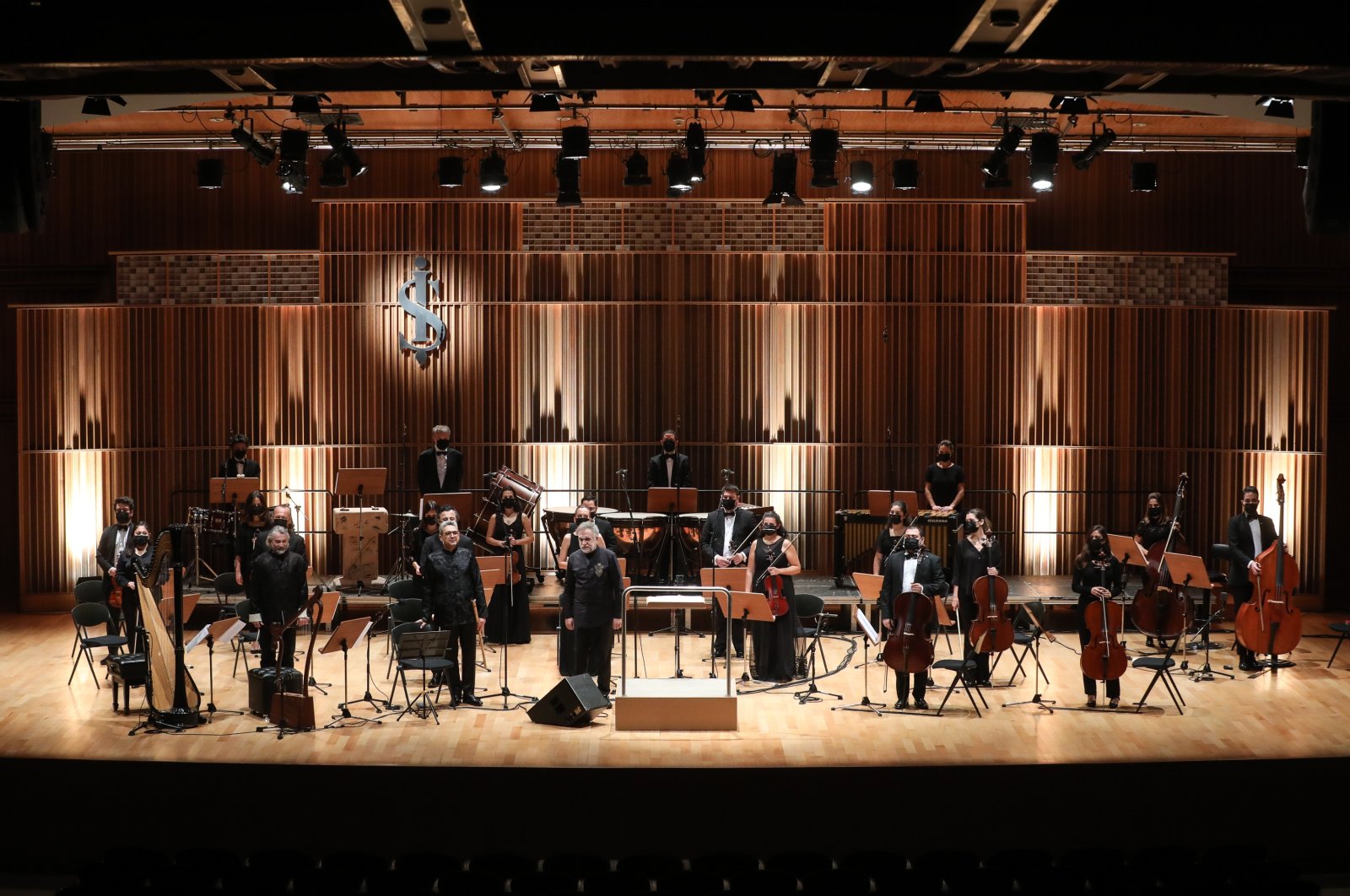 The Milli Reasürans Chamber Orchestra is seen at a concert on İş Sanat stage, Istanbul.
by DAILY SABAH Nov 11, 2020 11:21 am
RECOMMENDED

Iş Sanat will host various ensembles and musicians on its stage during the 21st season, which will be presented to listeners on digital platforms due to the COVID-19 outbreak. Performances by different ensembles and musicians will first be recorded at the Iş Towers' Concert-Theater Hall in Istanbul before they are released on Iş Sanat's social media accounts as an online series.

The Milli Reasürans Chamber Orchestra, under the baton of maestro Hakan Şensoy, will be the first to perform in the series. The orchestra's unique performance, featuring works by Turkish composers, will be released on Iş Sanat's social media accounts on Nov. 12 and can be viewed free of charge until the end of the season. Ney player Murat Salim Tokaç and harpist Çağatay Akyol will present their musical talents as soloists at the concert. The Milli Reasürans Chamber Orchestra has given numerous successful performances for more than two decades, under the direction of well-known conductors and soloists from Turkey and abroad.

Theaters and concerts will continue to entertain audiences through the digital platform with a rich selection, as part of Iş Sanat’s online series. Iş Sanat Fairy Tale Theater's "The Princess and the Pea," "Hansel and Gretal" and "Alaaddin," will be released on Nov. 15, 22 and 29. Children will able to listen to these beautiful stories and watch the plays.

Pianist Barış Büyükyıldırım and cellist Poyraz Baltacıgil’s recital will be held on Nov. 17. Meanwhile, a drama event, where excerpts from William Shakespeare's "Romeo and Juliet" and "Twelfth Night" will be read, will be released on social media on Nov. 18 and 25, respectively. In addition, musicians Coşkun Karademir and Buray's concerts will be released on Nov. 20.

The last event of the online series Ozan Musaoğlu's new jazz project "Genedos," will be available on Nov. 24. All the concerts and performances will be released at 8:30 p.m. on their scheduled dates and the children’s play will be shared at 3 p.m.