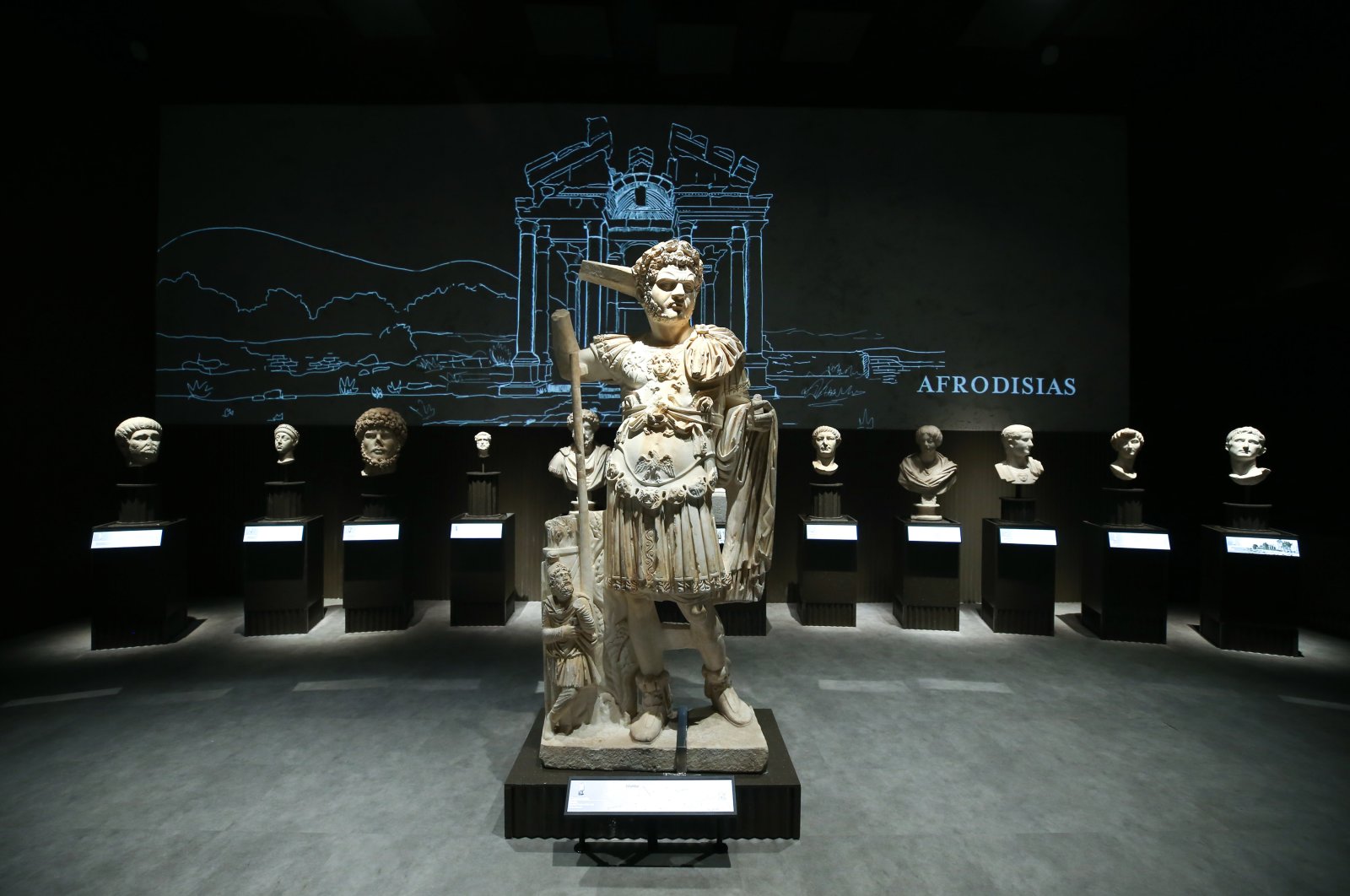 A new museum featuring Anatolian civilizations was opened on Friday at the Istanbul Airport, which has been designed as a culture and art venue at Turkey’s gateway to the world.

The opening ceremony of the museum, with its inaugural exhibition titled “Treasures of Turkey: Faces of Throne,” was attended by Culture and Tourism Minister Mehmet Nuri Ersoy, Istanbul Governor Ali Yerlikaya and Istanbul Provincial Director of Culture and Tourism Coşkun Yılmaz, along with other guests.

Speaking at the inauguration, Ersoy said Istanbul Airport Museum is one of the strategies to promote tourism in the country. “We aim for the museum to be a new attraction center along with the airport,” Ersoy said. “We have realized a museum where we bring together artifacts telling of the civilizations of Turkey and Anatolia."

The minister implied that one-third of foreign guests who come to Turkey enter the country via Istanbul Airport. With the number of foreign guests reaching 15 million last year, he said that an equal amount also passed through in transit to another country without entering Istanbul. “We are implementing this project in order to change the minds of guests who will come to Turkey and go to another country after landing in Istanbul. With this museum, we want to attract them and create awareness about Anatolia,” he added.

Ersoy stated that there are regular travelers who come to destinations like Istanbul every year, sometimes twice a year and that they will change the museum's theme each year to pique the interest of visitors.

At 1,000 square meters, the museum is the largest airport museum in the world, Yerlikaya said. “We want to impress passengers and guests, leave a mark on them and change their holiday routes with the artifacts that we will display at this museum," he said.

The “Treasures of Turkey: Faces of Throne” exhibition will feature 316 artifacts brought from 29 museums. “We will display thousands of years of history from Anatolia and Istanbul, personal possessions and portraits of kings and emperors, and the throne of ancestors that once ruled the world with the most modern technological means. Istanbul Airport Museum is our 90th museum. We will also introduce our country's UNESCO World Cultural Heritage sites on 18 digital screens and engage our little visitors with interactive applications,” Yerlikaya said.

The exhibition contains artifacts from prehistoric eras from Göbeklitepe and Çatalhöyük excavations and items belonging to the Anatolian, Roman, Byzantine, Seljuk, Ottoman and Republican periods, said Kadir Samsunlu, IGA Istanbul Airport CEO and general director. “Visitors will also be able to see at our museum an animated work featuring 15 periods that have left mark on history and leaders and rulers representing their periods. At this museum, some original artifacts that cannot be seen individually have been collected under a single roof. Every passenger entering Turkey will have the opportunity to see important artifacts from our history in a single museum,” Samsunlu said.

The first exhibition has many interesting works including the original "Treaty of Kadesh," the first known peace agreement in human history, which was agreed upon between Egyptians and Hittites in 1269 B.C., and "Talismanic Shirts-Kaftans" that belonged to Ottoman sultans. There are also sections for children that include presentations about Anatolian civilizations as a heritage to world history. The museum features interactive games and applications to help kids discover valuable pieces of Turkish culture.