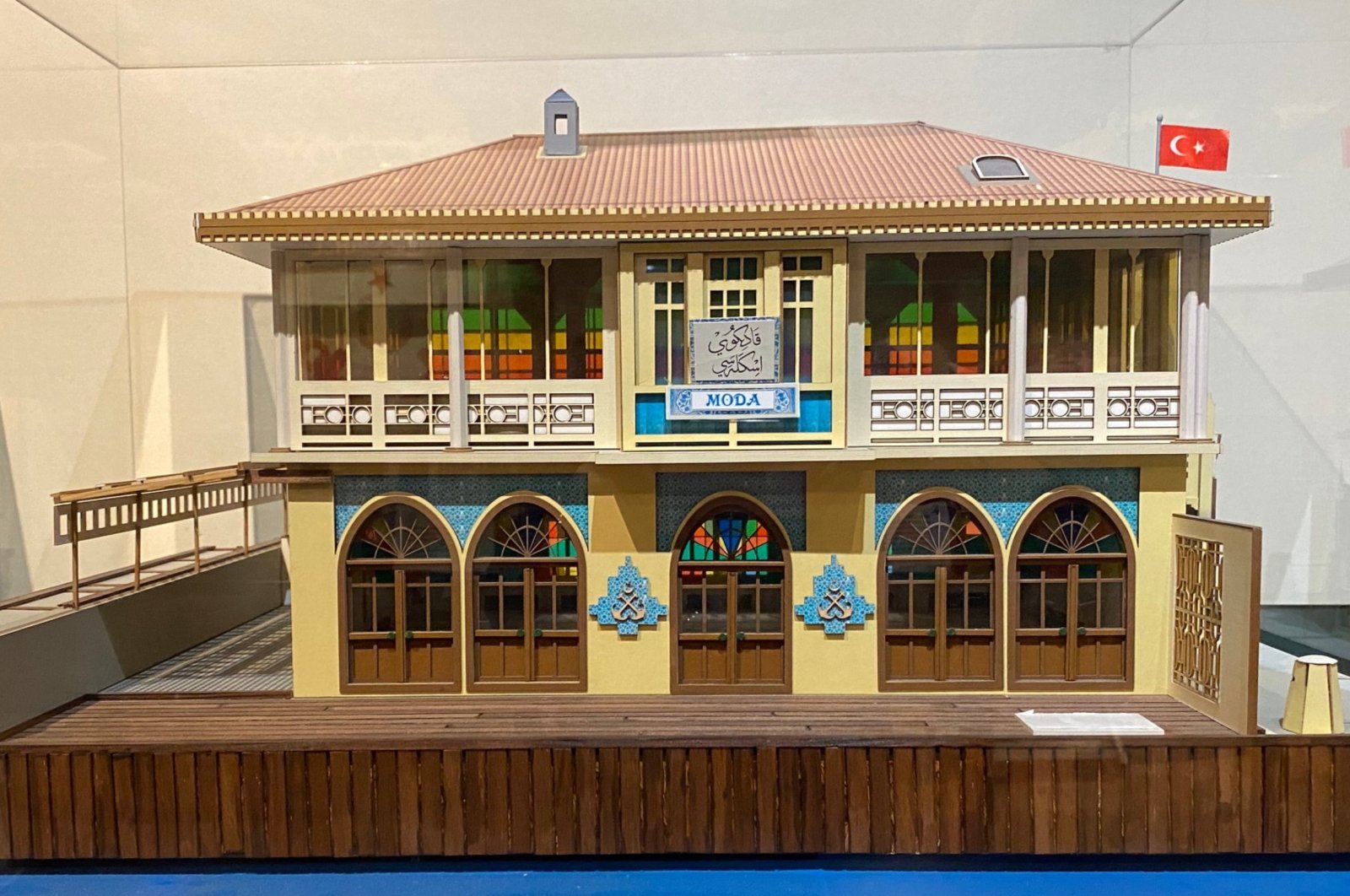 Models of historical piers, one of the unique beauties of Istanbul, will take visitors on a sea voyage

The Rahmi M. Koç Museum, the only one of its kind in Istanbul to showcase the country's cultural, industrial and communications history in one place, draws special attention with its large collection of maritime objects. The museum conveys the development of maritime transportation with valuable objects such as real-size boats, yachts, canoes and the vessels of Ottoman sultans. Being a subject of songs, movies and stories for generations, Istanbul's piers now await passengers at the museum.

The museum, which keeps the legacy of blue waters alive, uses the pier models to relay the many untold stories that unfolded between the two continents of Istanbul over the centuries. The iconic piers of the Golden Horn, where the paddling ferries of the Bosporus once docked, stand out with their architecture. Here are some of the 37 pier models exhibited at the museum.

Moda Pier: The Moda Pier was built by notable architect Vedat Tek, who pioneered the neoclassical style in Turkey by interpreting Seljuk and Ottoman forms with a modern structure, in 1916-1917. Severely damaged in severe winds in 1937, the pier was restored 30 years later with extensive renovation. Decorated with elegant Kütahya tiles, it has been used as a social venue since 1989.

Suadiye Pier: The Suadiye Pier was a narrow pier that stretched like a bridge to a certain depth in the sea. In the middle of the bridge, which was 98 meters (322 feet) long, there was a small building on the left. Closed in 1950, the pier was completely destroyed due to the construction of the coastal road.

Kanlıca Pier: This first pier in the Kanlıca neighborhood was built in 1894 and is in front of the Hoca Yahya Efendi mansion. In 1914, the pier was demolished and rebuilt. Rebuilt with a wooden cover on reinforced concrete, it was restored in 1990.

Bostancı Pier: The architect of the Bostancı Pier, built in 1912, is unknown. This stone building has a characteristic feature with the dome on its roof. The porticoes in front of the pier are built with inspiration from Ottoman architecture, and wooden roof supports were based on Seljuk woodcarving art. Today, metal buttresses decorate the pier instead of the wooden ones.

safely, in the period of Sultan Abdülmecid in the 1840s. The pier is a semi-stone building that contains small private shops selling food and beverages. Passengers go to and from Haydarpaşa Train Station were carried by boats to this pier. They also could go to the Sirkeci quarter on the European side and to the Princes' Islands from this pier. As on other piers of the period, there was a kolağası (senior captain) office and pier ticket office to maintain order. When the coast of Kadıköy was filled in 1908, the pier and buildings were pulled down. A new pier in the neoclassical style was built in 1926.

Sarıyer Pier: Sarıyer district's Büyükdere Pier, located at the widest part of the Bosporus, was built in the late 19th century by the Şirket-i Hayriye, a steamship company carrying passengers and freight on the Bosporus from 1854 to 1945. Although its architect remains unknown, it is thought to have been built by Ali Talat Bey, who was one of the representatives of the first national architectural movement in Turkey, Turkish neoclassical architecture. The pier, which is a rectangular stone structure, is sheltered by a hipped roof. The most important feature of the pier, which stands out with its stone-cut facades reflecting the features of the classical style, is the terrace in the roof section. It is unknown why and when the magnificent, rose-colored pier was demolished.

Caddebostan Pier: Since the shore of Caddesbostan was shallow, passengers would enter ferries by passing an extension toward the sea. After the piers were built in the towns of Caddebostan and Erenköy, where there are only a few mansions, the surrounding area started to develop. However, the pier was later closed due to the construction of the coastal road, like the Suadiye Pier.