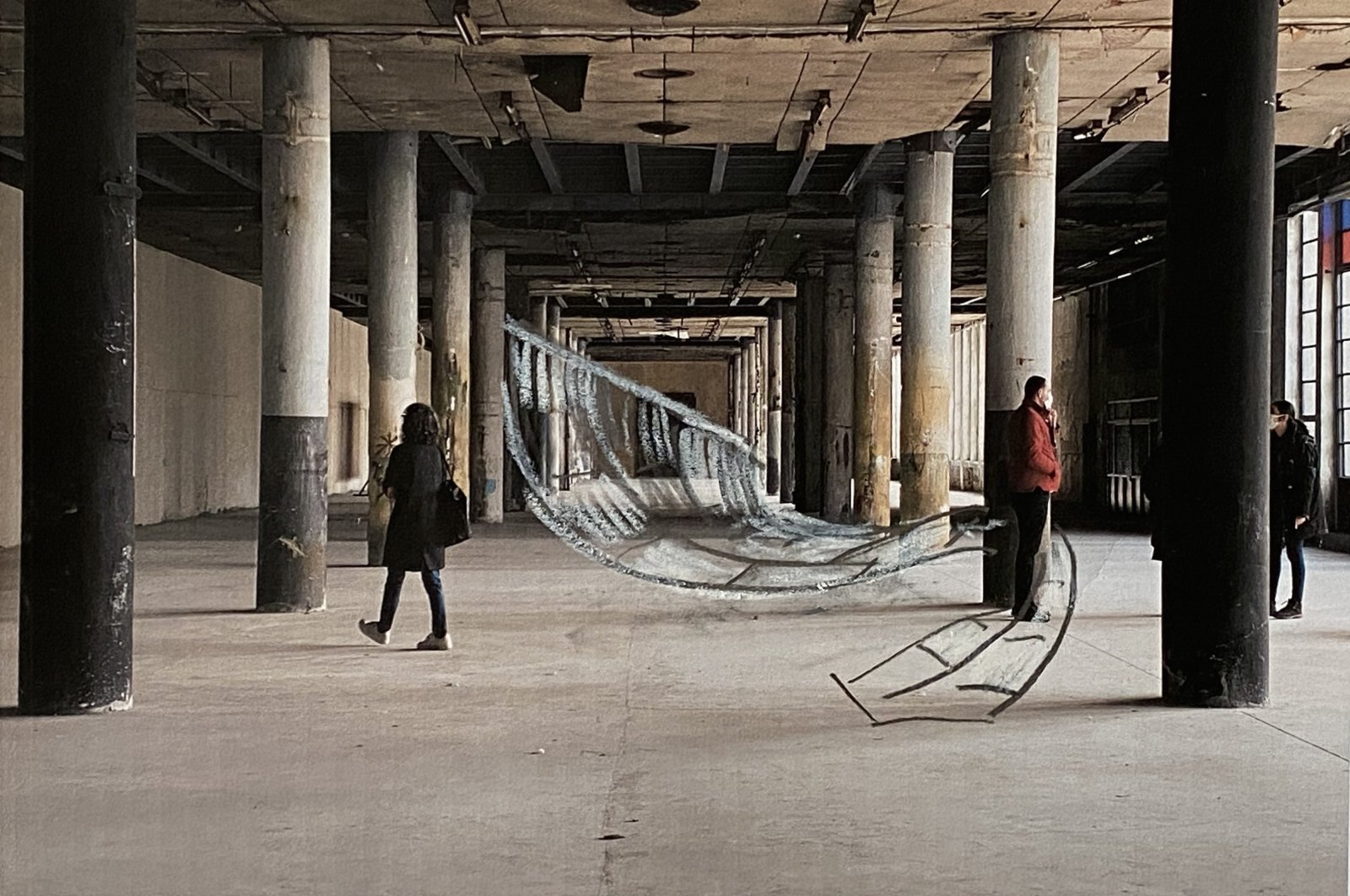 New York and Istanbul's renowned Protocinema celebrates the 10th anniversary of its establishment as it curates and organizes the “Once Upon a Time Inconceivable” exhibition at Istanbul's famous Beykoz Kundura venue, bringing together Turkish and American artists

It has been a decade since the foundation of Protocinema, one of the leading institutions of the contemporary art world with spaces in Istanbul and New York, so celebrations are due. What better way to do it than with a unique exhibition on the 10th anniversary at the historical Beykoz Kundura venue in Istanbul?

The event, titled “Once Upon a Time Inconceivable,” is set to be a group exhibition taking a closer look into the processes of perception and realization at a time when established ideas on personal, local and global relationships are being reevaluated, bringing together the works of nine artists from Turkey and the United States.

In collaboration with Beykoz Kundura, a cultural hub converted from an old factory site of various mass-manufactures from the Ottoman Era situated on the northeast coast of Istanbul's Bosporus, new sculptures and installations specially prepared for the exhibition by Akhavan, Mursaloğlu and Büyüktaşcıyan will meet with art lovers for the first time.

American artist Paul Pfeiffer's artistic video, “Orpheus Descending,” originally installed in the World Trade Center three months before it was the target of terrorist attacks on Sept. 11, will be restored 20 years after its first realization and will be shown again for the exhibition.

“Once Upon a Time Inconceivable,” which will be held at Beykoz Kundura's Yeni Kundura site, will be free of charge to visit throughout the weekend.

Protocinema's exhibition will launch on Sept. 4 and will be open to visitors until October, offering a cross-examination of the duality of perception and understanding and their relations with time and space while also shedding light on the process of cognition itself through works of art that bend perceived time and space.

The exhibition, which was composed during the pandemic as people were forced to rethink personal, local and global relationships and reconsider established ideas about these concepts, invites the audience to take a second look at how perception and understanding work.

Gülşah Mursaloğlu’s unique new sculptures, titled “Merging Fields, Splitting Ends,” offer concrete elements that play with the unidirectional understanding of time. Mursaloğlu’s sculptures use heat as an agent, which is also unidirectional by nature, both as a connector and an irreversible flow between material states.

Hera Büyüktaşcıyan on the other hand employs a more space-oriented approach as she invests in the morphology of surfaces that carry traces of time.

In the same space, one finds Banu Cennetoğlu’s installation ‘‘IKNOWVERYWELLBUTNEVERTHELESS,’’ which deals with denial, believing in something despite experience that suggests otherwise, the themes of which are relayed with 24 black letter-shaped mylar balloons depicting the title in Turkish.

In a slightly different medium, Zeyno Pekünlü offers a remake of the 1929 classic silent film “Man with a Moving Camera” by director Dziga Vertov, hailed as a revelation in its day as it introduced numerous new techniques to audiences.

Pekünlü's remake, titled “Without a Camera,” is put together from 325 different videos shot by different people, gathered from an online video-sharing platform. As such, Pekünlü replaces the camera and the cameraman with new technologies and devices, rendering humans only as appendages to an apparatus.

Meanwhile Amie Siegel's “Quarry,” provides a uniquely intriguing story of marble from the state of Vermont, home to the largest underground quarry in the world. The film traces the marble from the quarry to its high-end destination in Manhattan real estate, exposing a complex economy of production and speculation along the way.

Torres' works, posters disclosing the endings of well-known Hollywood movies called “Spoiler Series,” are inspired by research that suggests knowing the end of a narrative film in fact enhances the experience of the viewer. When the viewer is not focused on an unknown outcome, they are able to maintain a better capacity to read multiple layers of complexities.

Torres' posters will be displayed across Istanbul in independent theaters.

American artist Paul Pfeiffer's “Orpheus Descending” will finally have a new home and complete its descent in Istanbul, 20 years since its original version was displayed at the World Trade Center three months before the tragic events of Sept. 11.

The multi-channel video allows viewers to witness a chick hatching from its egg and becoming an adult chicken over the course of its 10-week life cycle, thanks to cameras placed in a henhouse in a poultry farm.

In the original live version of the installation, the chickens were displayed in real time. The new version, 20 years after its first realization, brings together all that has been lost along the way in changing times and spaces.

“Once Upon a Time Inconceivable” will be held between Sept. 4 and Oct. 10 at Beykoz Kundura in Istanbul. The exhibition will be followed by a book project to be launched in early 2022 and then distributed internationally.