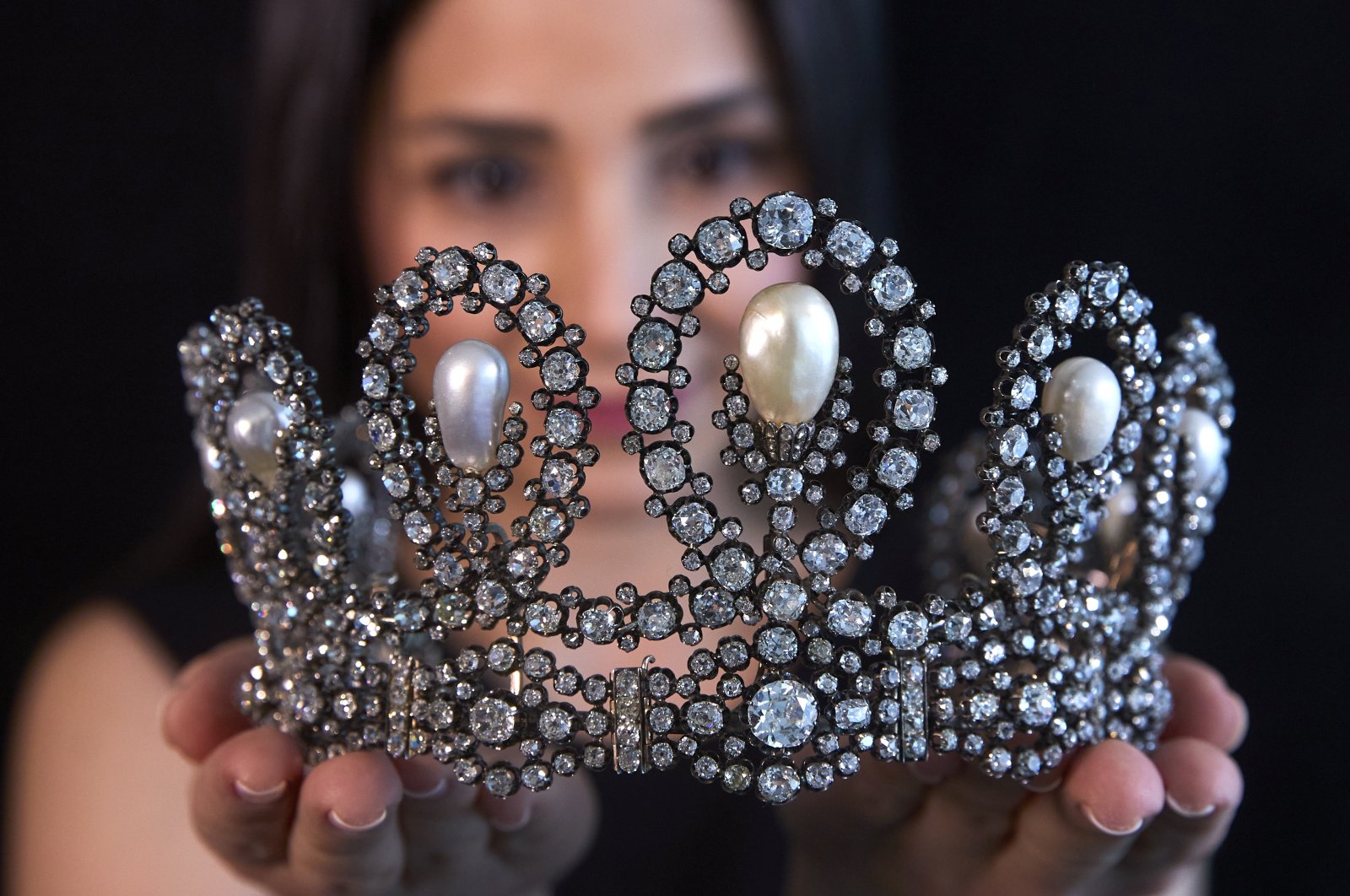 A staff holds a diamond and pearl tiara passed down through generations of the Italian royal family during a preview at Sotheby's before their auction in Geneva, Switzerland, May 6, 2021. (Reuters Photo)
by REUTERS May 11, 2021 9:29 pm

The price was one of the highest achieved for a tiara in recent years, auctioneers Sotheby's said following the sale in Geneva.

Dating from the second half of the 19th century, the tiara was a wedding gift to Maria Vittoria dal Pozzo upon her marriage in 1867 to Amadeo I of Savoy, later king of Spain.

The tiara features graduated scroll motifs set with diamonds and natural pearls and had an estimated price of $1 million to $1.5 million.

"The price achieved today is testament not only to its exceptional craftsmanship and the quality of its materials which makes it a true work of art, but also to its historical and emotional resonance," said Benoit Repellin, head of Sotheby's Magnificent Jewels auction.

Also sold was the largest Kashmir sapphire to ever appear at auction, a 55.19 carat stone which fetched 3.5 million francs.

The gemstone was part of 1930s sapphire and diamond brooch – set alongside another Kashmir sapphire weighing 25.97 carats.

Estimated to fetch $2 million to $3 million, it had belonged to an heiress of the Guinness brewery fortune.