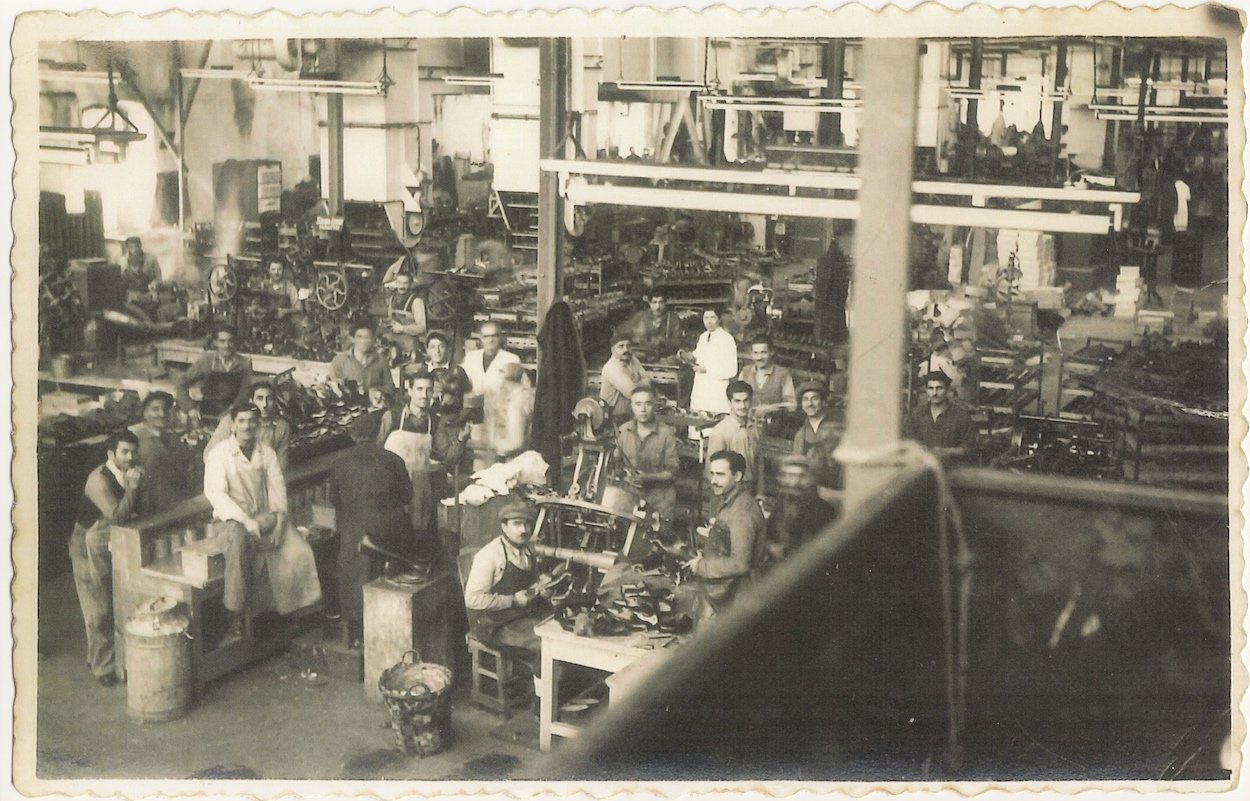 An old photo shows some workers during their shift in Sümerbank Beykoz Leather and Shoe Factory from "Kundura Memory" exhibition.
by DAILY SABAH Jul 06, 2021 11:56 am
RECOMMENDED

Beykoz Kundura, which was a former shoe factory, has been serving as one of the prominent cultural venues in Istanbul as it hosts various cultural activities in harmony with today’s dynamics at a glorious spot across the Bosporus. The institution recently opened a new exhibition on the deep-rooted history of its space through the Ottoman and Republic periods.

Beykoz Kundura was the place of leather and paper factories during the Ottoman period and continued its activities as the Sümerbank Beykoz Leather and Shoe Factory following the establishment of the republic. The venue where leather and shoes were produced until 1999 was swarmed every day by nearly 3000 people.

The recent exhibition “Kundura Memory” invites visitors to look at Beykoz Kundura’s industrial and cultural heritage and cherish the memory of people who shaped the past of this place. The show takes visitors on a journey through the history of the space, allowing them to view machines left from the factory, documents, photographs and objects donated by former employees and their families in the carpenter’s shop, located on the campus of Beykoz Kundura.

The carpenter’s shop, which is known to have been built in the 1800s, was the place where wooden molds that are put inside the shoes to preserve their shapes for a long time were produced in the old times. Hosting the “Kundura Memory” exhibition now, the shop introduces the factory as a meeting place where multiple ties were established instead of simply being a production facility. The show aims to diversify the knowledge of the period, share local wisdom and produce future collaborations.

The exhibition can be visited for free of charge after taking an online appointment from the official website of Beykoz Kundura. The exhibition’s studies for the protection of cultural heritage will also continue with additional children's workshops and artist support programs that will start at the end of July.