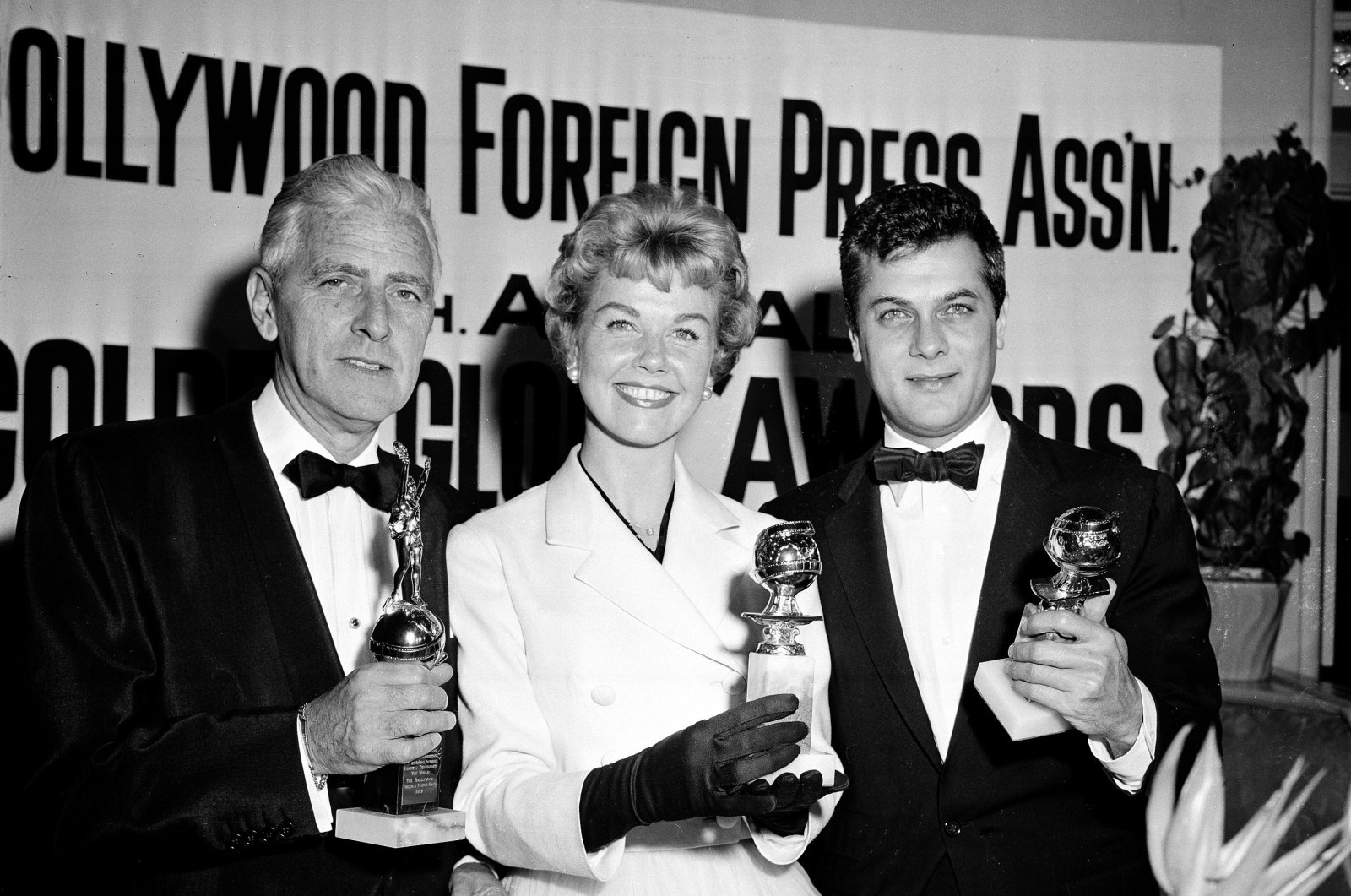 In this Feb. 26, 1958 file photo, actress Doris Day, center, Tony Curtis, right, and Buddy Adler pose with their awards presented to them by the Hollywood Foreign Press Association at its annual awards dinner in the Cocoanut Grove in Los Angeles. (AP Photo)
by REUTERS Apr 06, 2020 11:53 am
RECOMMENDED

An auction of late actress Doris Day's four Golden Globe awards and other items from her life generated nearly $3 million over the weekend, far outpacing original estimates, Julien's Auctions said Sunday.
Top-selling items in the live online auction included a classic 1930 Ford convertible that was seen in the opening of Day's 1980s talk show "Doris Day's Best Friends." The car sold for $96,000. A Golden Globe award she received in 1962 went for $25,600.
All proceeds from the sale of more than 1,100 items will benefit the Doris Day Animal Foundation that the singer and actress founded in 1978. Julien's Auctions had estimated the sale would bring in between $300,000 and $600,000.
Day, the cheery, girl next door who was one of the biggest stars of the 1950s and 1960s, died in May 2019 at the age of 97 in the Carmel, California, home she had made her refuge from Hollywood.
The auction featured Day's piano, gowns, furniture and dozens of artifacts reflecting her passion for animals including numerous ceramic dogs, birds, decorative pigs and pictures of giraffes and other critters that adorned her rustic home.
A planter decorated with brass elephants that was a gift from friend and actor Rock Hudson sold for $15,625, as did a 14-karat gold poodle charm bracelet.
Other highlights included a Cartier brooch with 27 round diamonds that Day was photographed wearing in the late 1970s. It sold for $40,625, well above the estimate of $800 to $1,200. Her director's chair from the television show "The Doris Day Show" fetched $16,000.
The auction had been scheduled to take place in Beverly Hills, but it was moved to a live-streamed format due to the global coronavirus outbreak.