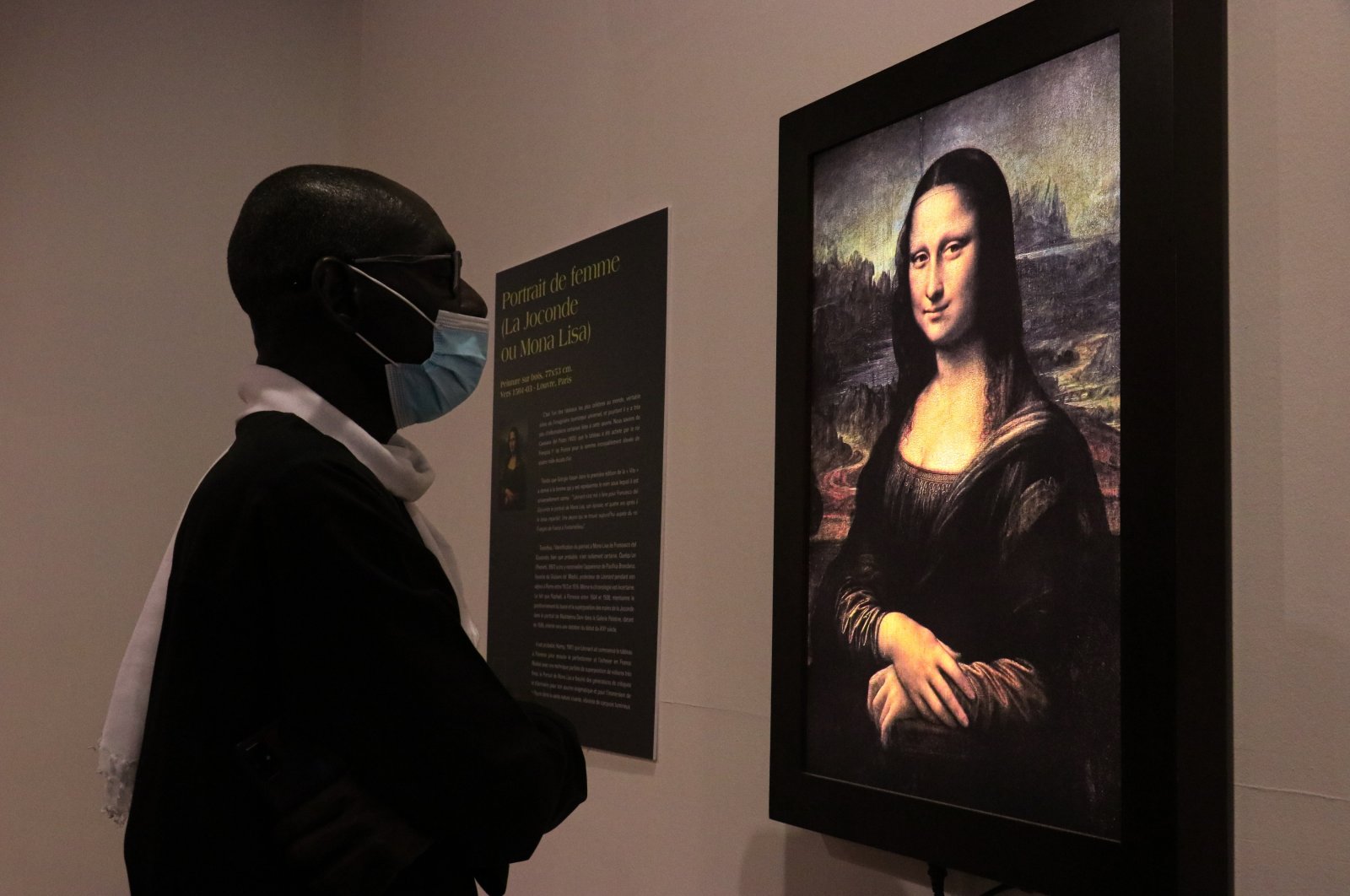 “Opera Omnia, Leonardo,” the international itinerant exhibition honoring the Italian High Renaissance artist and scientist Leonardo da Vinci on the 500th anniversary of his death with digital recreations of the painter's masterpieces, comes to an end after visiting several countries, with the last event taking place in the Senegalese capital Dakar's Museum of Black Civilizations.

The event, displaying 17 extremely high-definition and true-to-scale reproductions of Leonardo da Vinci’s masterpieces, found in museums throughout the world, had toured 15 countries from China to Ethiopia since January 2019 before its final destination in Senegal.

The historical pieces include da Vinci's stunning “Mona Lisa,” or La Gioconda, which is said to be the most famous painting in the world, on display in the Louvre Museum of Paris and “The Last Supper,” one of the most recognizable mural paintings in the Western world, housed in the Convent of Santa Maria delle Grazie in Milan, Italy.

The tour's Senegalese leg is organized by the Italian Embassy in Dakar and the Italian Cultural Center and is curated by Ousseynou Wade, who told Anadolu Agency (AA) that he was immensely pleased to be able to display Leonardo da Vinci's diverse catalog of works which are located all over the world in different museums, side by side, even if they were digital reproductions.

Wade stated that the digital techniques used in the recreation of the works offered a different and unique experience to visitors. “Thanks to this digital method of painting and illumination, when visitors look at "The Last Supper," they can feel like they are looking at the original artwork in Milan itself,” he said.

Mamadou Gueye, a local art enthusiast, said that he was lucky enough to have seen "Mona Lisa" in the Louvre when he was a student in Paris years ago. “It is no different than what I had seen in the Louvre. It feels like I am looking at the original 'Mona Lisa.' They have captured perfectly every fine and minute detail,” Gueye stated.

“Opera Omnia Leonardo” is part of the “Opera Omnia” project, meaning “the complete works,” organized by RAI Com, a subsidiary of the national public broadcasting company of Italy RAI Radiotelevisione Italiana and the Italian Ministry of Foreign Affairs and International Cooperation.

The aim of the project is to share Italian cultural heritage by exhibiting reproductions of painting masterpieces throughout the world. Other than Leonardo da Vinci, exhibitions of the project included Raphael and Caravaggio.

The event in the Museum of Black Civilizations will stay open until Feb. 28.