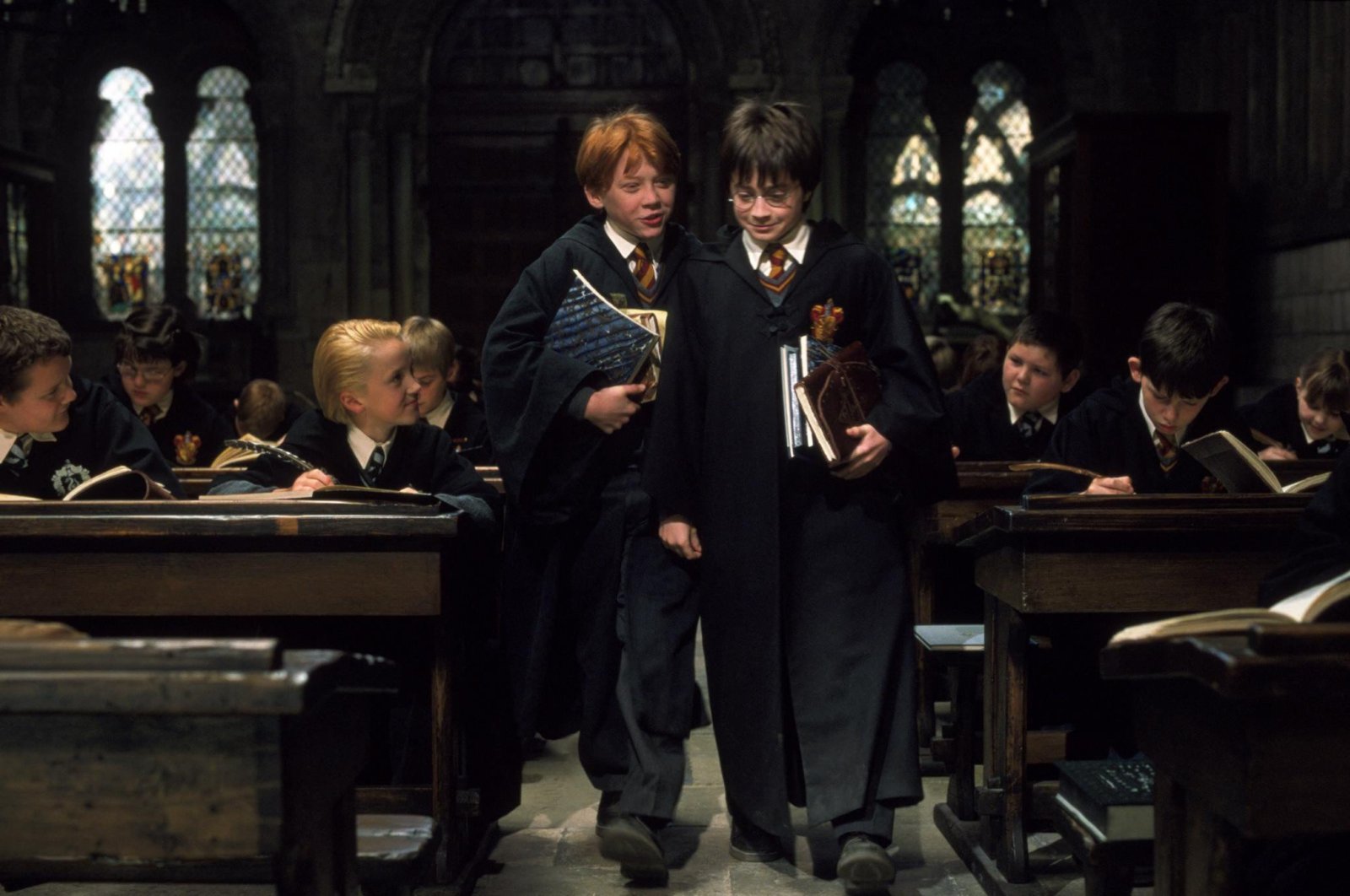 A still shot from "Harry Potter and the Philosopher's Stone" shows Rupert Grint as Ron Weasley (L) and Daniel Radcliffe as Harry Potter.
by German Press Agency - DPA Jun 18, 2021 11:45 am

“The Harry Potter Photographic Exhibition” will present behind-the-scenes photos from the Harry Potter films to the public in Covent Garden, central London as of next month.

Visitors will also be able to drink at a Butterbeer bar, which is inspired by the fictional drink from the series of books. The exhibition will include hundreds of exclusive images from the series of Harry Potter films and its Fantastic Beasts spin-off.

The pictures will show moments including Harry's first journey to school and the Battle of Hogwarts.

There will also be sections of the exhibition dedicated to Platform Nine and 3/4 and the Ministry of Magic.

Visitors will also see how characters were made to look as if they were flying on broomsticks in the films.

They will also be able to pose for photographs in front of backdrops from the films and have their own Ministry of Magic Identification Card made. “The Harry Potter Photographic Exhibition” opens on July 12.