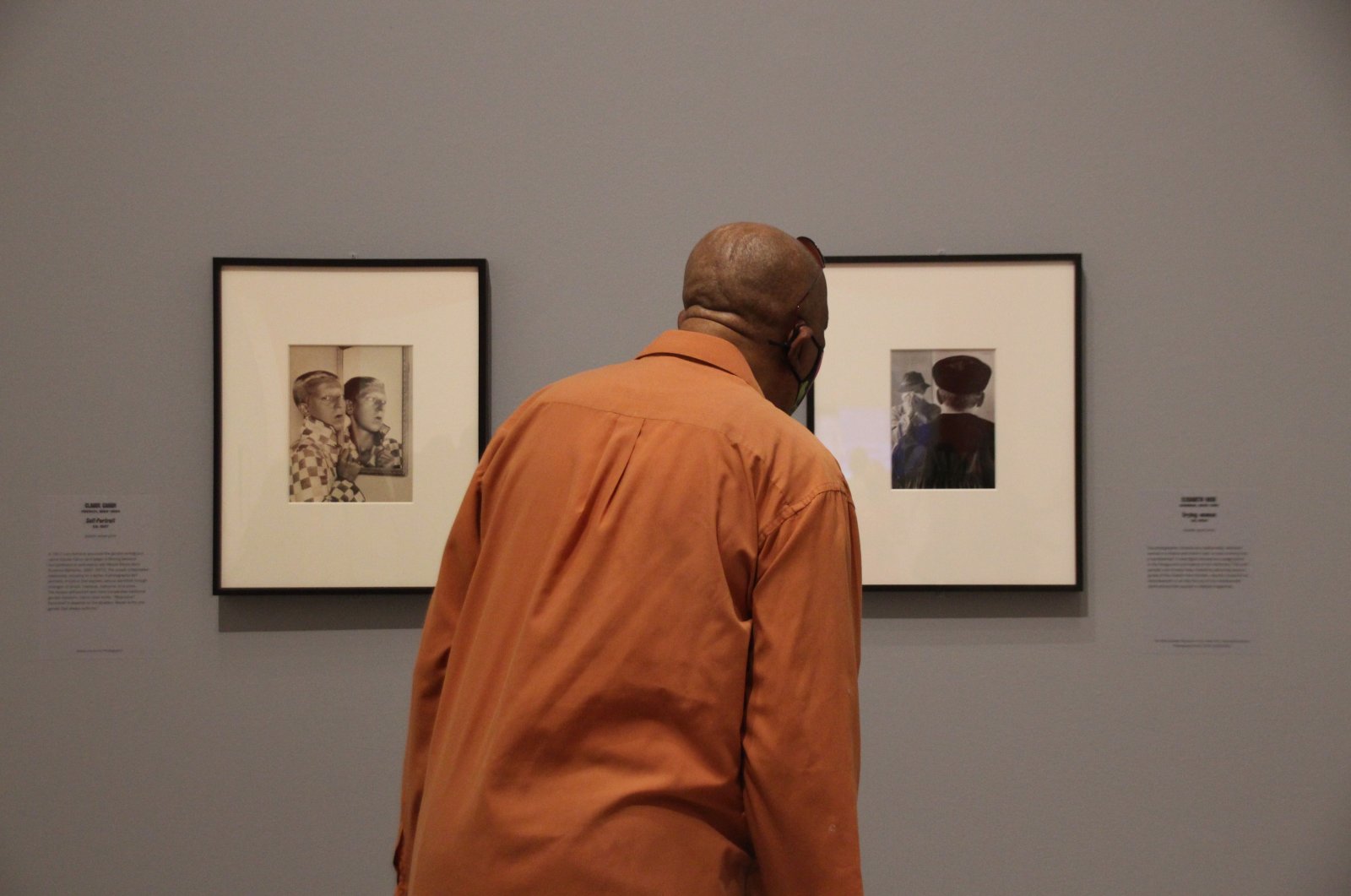 A visitor stands in front of two exhibits, "Self-portrait" by Claude Cahun (L) and "Crying woman" by Elisabeth Hase, at the exhibition "The New Woman Behind The Camera" at New York's Met Museum. (DPA Photo)
by German Press Agency - DPA Jul 05, 2021 4:17 pm

"The international scope of this project is unprecedented," says Met museum director Max Hollein. "Though the New Woman is often regarded as a Western phenomenon, this exhibition proves otherwise by bringing together rarely seen photographs from around the world and presenting a nuanced, global history of photography."

Works by Berenice Abbott, Dorothea Lange, Ilse Bing, Lola Alvarez Bravo and Florestine Perrault Collins will be among those on display.

The exhibition's title refers to the feminist concept of the "New Woman" that emerged in the 1920s in which women began to experiment with how they expressed themselves professionally and personally.

The show is set to run until October 3 and will then move on from the museum to Washington D.C., where it was scheduled to open last year, before the coronavirus pandemic upset that plan.