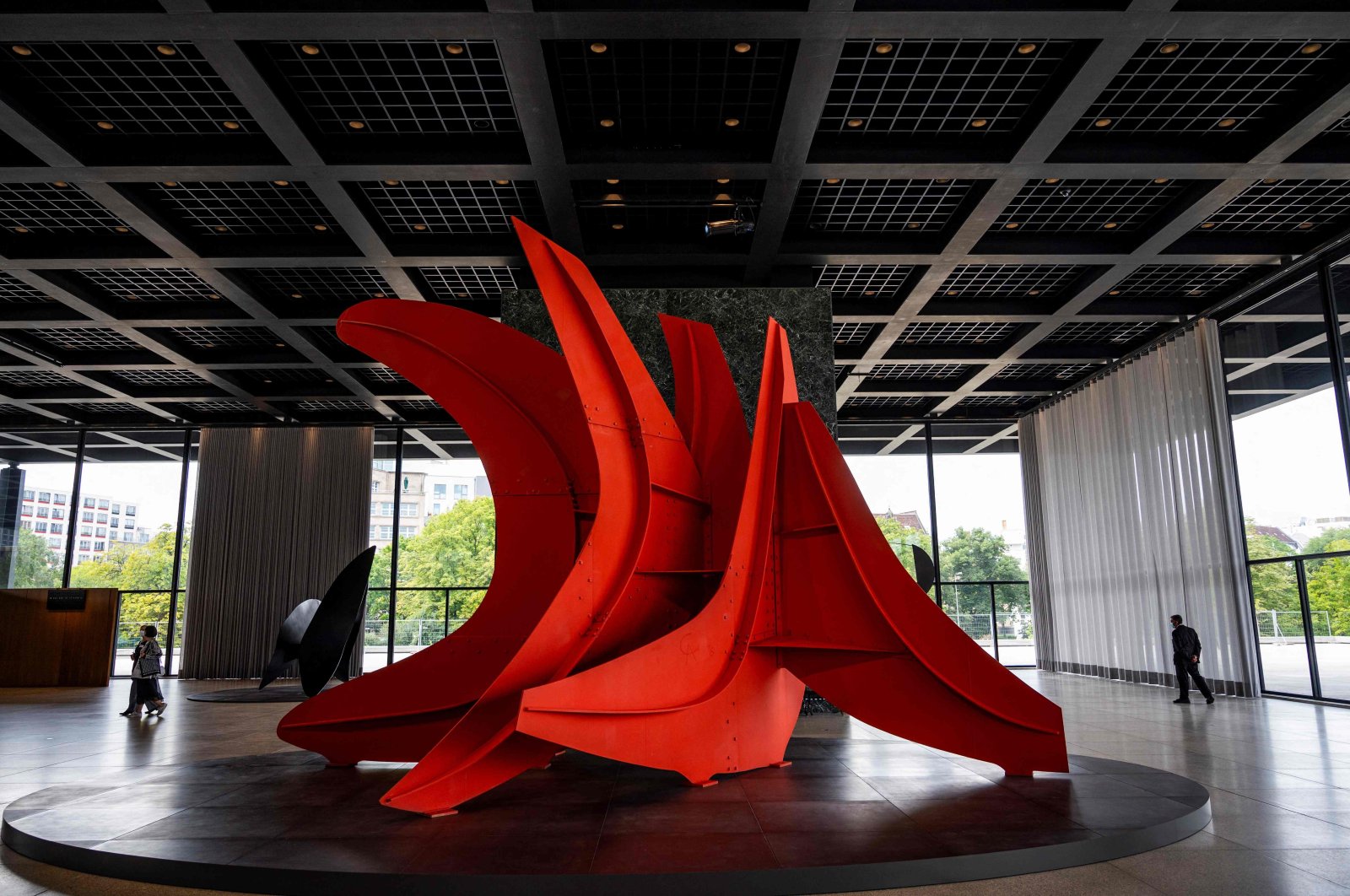 The Neue Nationalgalerie (New National Gallery) in Berlin opens its doors to art enthusiasts with three exclusive shows after a long closure and years of renovation.

The architect Ludwig Mies van der Rohe (1886-1969) created the striking glass and steel building at the end of the 1960s as a museum for 20th-century art. "The long closure was a turning point and the possibility of a new beginning," said the gallery's director, Joachim Jaeger on Wednesday.

The reopening on Sunday is expected to feature "The Art of Society 1900-45," a permanent exhibition planned to run until July 2023, featuring key works from the National Gallery's collection of around 1,800 works. Integrated into the show is a presentation on the museum’s renovation by star architect David Chipperfield.

In the spectacular main hall, the exhibition "Alexander Calder. Minimal/Maximal" features works by the U.S. sculptor, which will remain on display until February 13. Calder (1898-1976) is also associated with the building through his work "Tetes et Queue" from 1965, which was erected for the opening of the Mies Building and can once again be found on the museum's terrace.

"Rosa Barba. In a Perpetual Now," the gallery’s third exhibition, is dedicated to the Berlin-based artist. In the Graphic Cabinet of the New National Gallery, she is showing central films of her work from the period between 2009 and today until Jan. 16. In a tribute to the original building’s architect, the steel construction for the works is based on the main hall and at the same time on the ground plan of Mies van der Rohe's "country house made of brick."