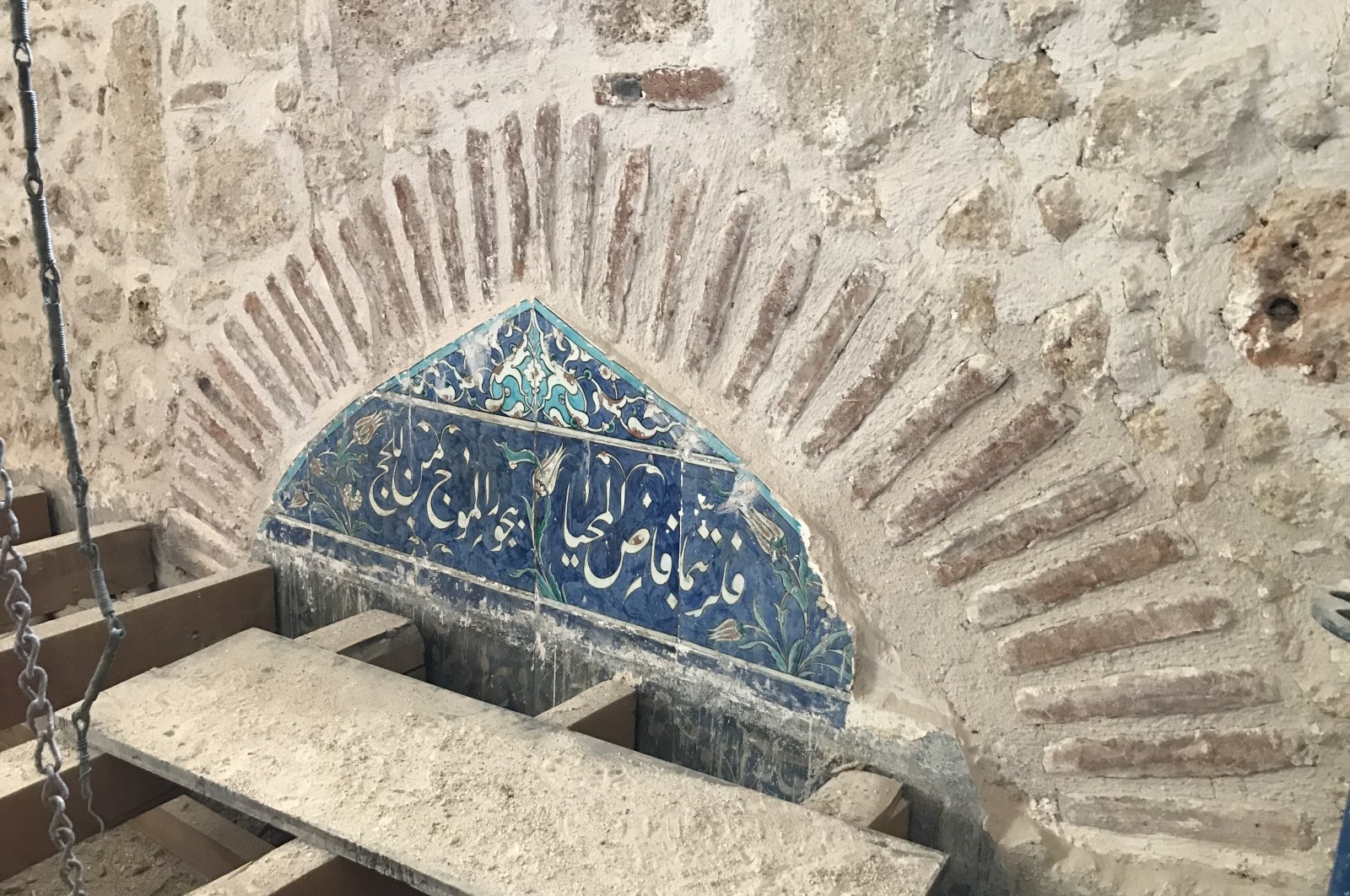 A number of unique, handmade gold decorations have been unearthed during restoration work on the Tekeli Mehmet Pasha Mosque, one of the Mediterranean resort city of Antalya's most important sites of worship. The findings of the excavations, which have been ongoing in the world-famous historical district of Kaleiçi since 2018, surprised the excavation team.

According to the team, excavation work at the mosque, built upon the order of Tekeli Mehmet Pasha between 1606 and 1616, revealed a number of unique handmade gold engravings.

Speaking to Anadolu Agency (AA), Hüseyin Coşar, regional director for foundations in Antalya, said that the site – also referred to as the "Stone Daisy" mosque due to the resemblance of its domes to daisies – is one of the largest in Antalya. The mosque is even cited in "Seyahatnâme" ("Books of Travels") of 17th-century Ottoman wayfarer Evliya Çelebi.

According to Coşar, Evliya Çelebi mentions the mosque as being very beautiful, elegant and ornamented in “Seyahatnâme.” However, this was apparently not so clear before restoration work began.

“When we were examining the mosque before the start of restoration work, we could not make sense of Evliya Çelebi's claims of it having been "very ornamented." However, the more we excavated, the more surprises we uncovered,” Coşar noted, adding that they saw certain features and decorations that were unique from those of other mosques.

Indicating that two tile pediments were missing before the restoration work began, he said: “The two pediments found in the women's section thanks to restoration work had unfortunately been covered with plaster over time. Thank God they were not damaged, and we made sure to preserve them. Plus, we uncovered some very beautiful decorations dating back to the classical period in the domes that had been covered with plaster. There are more recent decorations made in the baroque style. Also, some wonderful and unique ornamentation has been found in the woodwork. Unique decorations and gold leaf engravings were unearthed on the cone of the pulpit. Surah Al-Fath can be seen inscribed in calligraphy in the section known as ‘the drum.’ We scraped away that section to find some unique decorations beneath.”

Roman mosaic found under the fountain

Coşar further stated that the team had come across more unique flooring after removing around 15 centimeters of concrete on the floor. Yet they uncovered even more during excavations in the courtyard of the mosque itself.

“There was a large fountain in its courtyard. We removed the fountain, and Roman mosaics were unearthed at the bottom. Our colleagues are working on it. We will put this place on display beneath a glass surface,” he said.

Indicating that the works unearthed during the restoration would be preserved and put on display, Coşar concluded: “We encountered surprises in each excavation, and we came up with new data. The mosque will also serve as a museum with its ornamentation, mosaics and discoveries unearthed beneath the plaster, all on display. I believe that there will be a huge influx of visitors.”