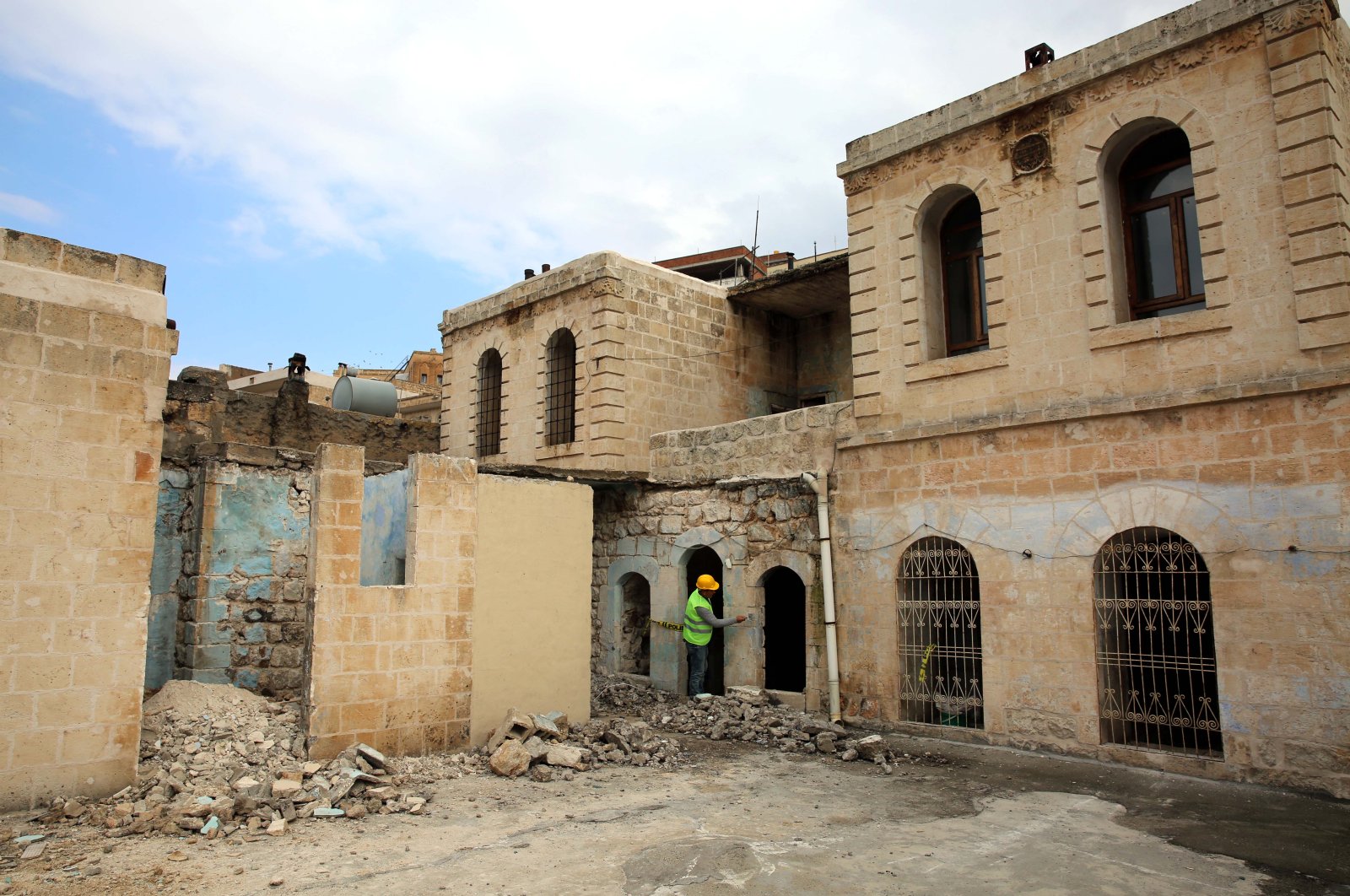 Nobel Prize-winning scientist professor Dr. Aziz Sancar's house in the Savur district of southeastern Turkey's Mardin province is being turned into a museum.

Sancar was born and raised in the home, and it is where he decided to become a scientist. The work to turn Sancar's house into a museum, which has been registered by the Şanlıurfa Cultural Heritage Protection Regional Board, is maintained with the support of the Mardin Governorate and the Mardin Metropolitan Municipality.

Covering all of the historical mansion's three floors and 36 rooms, the necessary works include the renovation of the plaster, paint and doors, the repair of the electrical parts and sanitary spaces, the renewal of the ceiling and flooring and installing new roof insulation.

When the museum is completed, the room belonging to Sancar will be designed as a study room, where his scientific works and the Nobel Prize he won will be displayed. Sancar's research into the mapping of how cells repair damaged DNA and protect their genetic information earned him the Nobel Prize in 2015. The museum will also have images showing the process of his studies.

Mardin Governor and Deputy Mayor Mustafa Yaman said they would turn the historic mansion into a museum to keep alive the memory of the Turkish scientist who has been a role model for young people. Indicating that restoration work is ongoing, Yaman noted: “We have decided, along with the Sancar family, on the project of turning the historical mansion into a museum. As the Mardin Governorate and the Mardin Metropolitan Municipality, we support this work. The work is ongoing, and we aim to finish it as soon as possible. We will be making it available to guests who come to Savur. So, we will both preserve the original version of that time period and keep alive the memory of Aziz Sancar, who was a role model to the youth.”