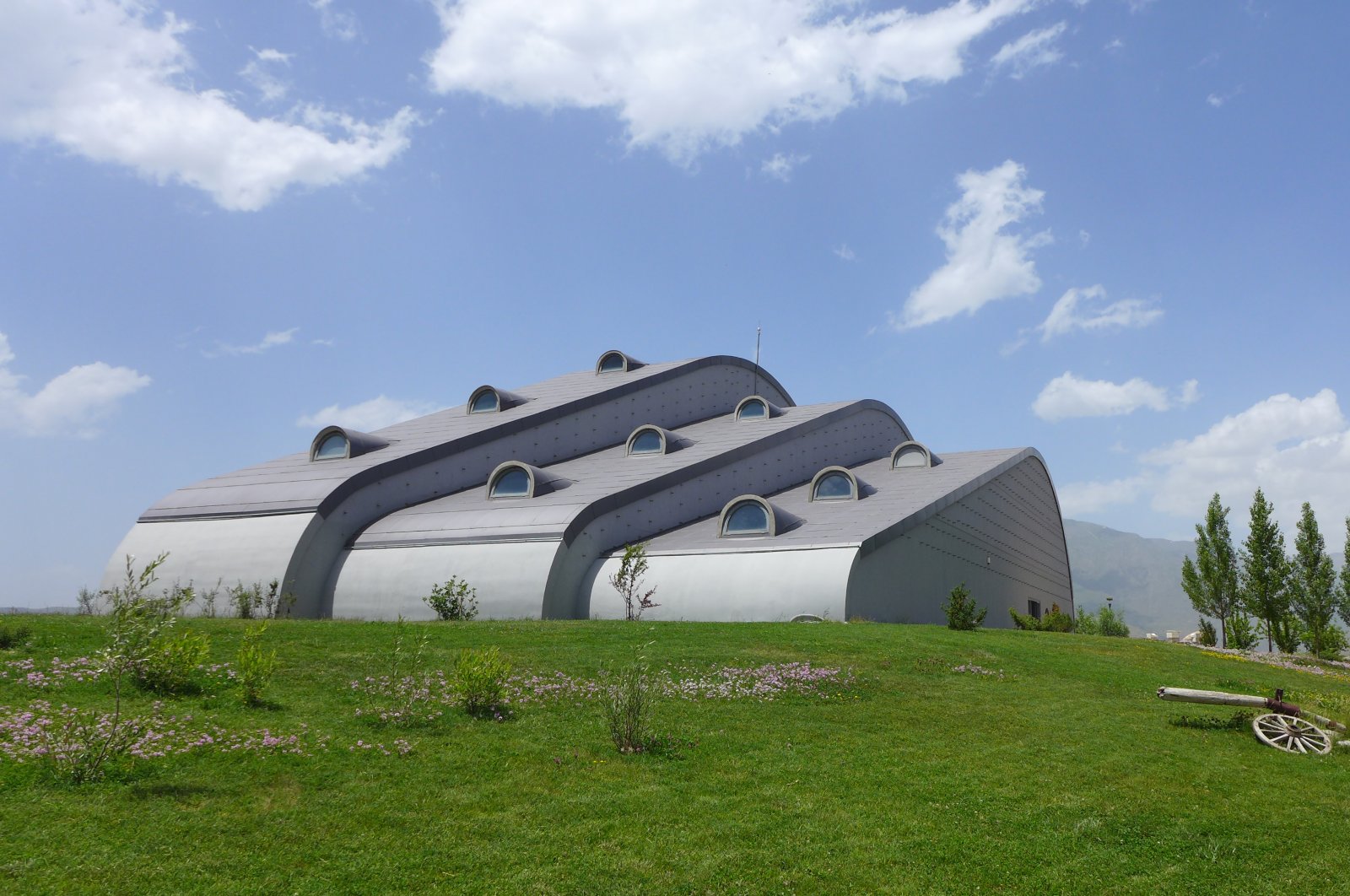 The Baksı Museum has brought the contemporary museology to the Anatolian Bayburt province.
by DAILY SABAH Jul 02, 2020 11:21 am
Edited By Irem Yaşar
RECOMMENDED

The Baksı Museum Project in northeastern Bayburt province is primed to celebrate its 20th year with a rich program accentuating its role in adding contemporary museology to the map of cultural assets of Anatolia.

According to a statement by Baksı Museum, a one-year-long program, starting in July, features new exhibitions, workshops, scholarships, film screenings and concerts, as well as an award program open to individuals and institutions producing projects in the field of culture and arts.

Professor Hüsamettin Koçan, the founder of the Baksı Culture and Art Foundation and Baksı Museum, said the 20th year program is inspired by the cultural heritage and creativity of Anatolia. Koçan noted that the journey of Baksı, which began with the first groundbreaking for the construction of the museum in July 2000, has continued uninterrupted since then, adding: “Baksı is growing and developing with new stops added. Over the last 20 years, we have made it a principle to keep our doors open to differences, just like Anatolia itself. We have removed the high walls between art and craft. We do not limit ourselves to being a mere museum. We have created a new model based on children’s art education, women's employment, regional development and improving quality of life. This understanding continues to shed light on all our projects from past to present.”

Şakir Gökçebağ's exhibition “Aşina” (Familiar), consisting of the artist’s sculptures and installations that transform familiar and everyday objects into new forms with an impressive style, will continue until the end of July. Also, three new exhibitions will be opened successively within the framework of Baksı's 20th-year program in October. The first exhibition titled "20 works for the 20th year" will meet the audience at the Depo Museum, featuring the original works of 20 artists and designers, focusing on how masks have joined the indispensable items of everyday life during the pandemic. The works of the artists focus on masks both as a means of use and a concept. Among the participating artists are Mustafa Horasan, İrfan Önürmen, Mike Berg, Alp İsmen, Beyza Boynudelik, Mehmet Dere, Fırat Engin, Ferhat Özgür, Gülcan Şenyuvalı, Halit Berker, Özlem Süer, Simay Bülbül, Merve & Kerem Ariş (uniqka), Hatice Gökçe, Enis Karavil, Ayşegül Hotiç, Felekşan Onar and Aykut Erol.

The second exhibit titled “Kıraç Sırtta” (Barren Crest) is a sculpture exhibition by 10 artists. The sculptures that will settle in the open air next to the Baksı Museum will watch the Çoruh River over Baksı Hill. The artists of this exhibition are Yunus Tonkuş, Tuğrul Selçuk, Elif Süsler, Berg, Ali Teoman Germaner, Nermin Er, Güler Güngör, Kemal Tufan, İbrahim Koç and Koçan.

Besides the exhibition, the eighth of the Student Art Festival, organized annually by the Baksı Museum in cooperation with the provincial directorates of national education and with the support of the Aydın Doğan Foundation, will expand its scope and provide scholarships to 150 students this year. The provinces where the scholarship will be awarded to students are Bayburt, Erzurum, Trabzon, Gümüşhane, Erzincan and Rize. The museum is also launching the Anatolian Awards Project this year. The Anatolian Awards will be given regularly from this year on, and the first one will take place in November this year.

The Baksı Museum will start the year 2021 with a comprehensive exhibition by Osman Dinç titled “Gözlem Evi” (The Observatory). Also, a big project developed by the Baksı Culture and Art Foundation will be launched as well. The foundation of the internationally awarded "Women Employment Center" building designed by Tabanlıoğlu Architecture will be laid in a ceremony in May 2021.